The historic agreement on a loss and damage finance facility at COP27 in Egypt represented a milestone breakthrough—but it is clear that further, faster climate action for health is needed. What is needed now is a global response prioritising health and well-being to tackle the climate emergency and delivering the immediate health benefits. Banner: Shutterstock/Alexandros Michailidis
Frances MacGuire
Policy Manager, Lancet Countdown
Follow
Like Liked by André F VIEIRA
1

This year’s UN climate conference, known as COP27, took place in Egypt to a backdrop of the illegal war in Ukraine, broken United States/China relations, difficult G20 ministerial meetings and concurrent crises in energy security, food security and the cost-of-living. All of these threaten to undermine global health and peace, as well as drive domestic political and social conflict within nations. These tensions held back progress on the achievements of COP26, including the Glasgow pact and net-zero campaigns, and threatened to derail progress at COP27. Fortunately, the historic agreement on a loss and damage finance facility in Egypt represented a milestone breakthrough—but it is clear that further, faster climate action for health is needed.

Health at the mercy of fossil fuels amid compounding global crises

Amid this difficult geopolitical landscape, the Lancet Countdown released its latest annual indicator assessment of the links between health and climate change. As global leaders prepared for COP, the report showed that climate change is increasingly impacting on the health and well-being of people around the world, and compounding the effects of other coexisting crises, including COVID-19 and the energy and cost-of-living crises. It also framed who is responsible: governments and companies in both high- and low-income countries continue to subsidise and prioritise fossil fuels for energy systems, while insufficient funds are being directed towards a just and equitable transition to low-carbon and affordable energy systems.

While the disappointing lack of progress phasing out fossil fuels threatened to derail the negotiations, the historic breakthrough of a new fund to provide reparation for climate losses and damage rescued the talks.

The report highlighted the urgency of co-ordinated action, and despite the testing circumstances over 100 political leaders attended COP, signalling the political importance of these multi-lateral processes to help address the climate emergency.

While the disappointing lack of progress phasing out fossil fuels threatened to derail the negotiations, the historic breakthrough of a new fund to provide reparation for climate losses and damage rescued the talks.

The loss and damage fund breakthrough

At COP27, parties agreed that major climate polluting nations will contribute to a global fund, known as the Loss and Damage Finance Facility (LLDF), to assist low polluting countries that are already experiencing devastating climate impacts. These include Pakistan, where floods in 2022 killed thousands, displaced over 33 million people and triggered the spread of deadly diseases like cholera and malaria. At a time of growing concern about global food security, floodwaters were anticipated to reduce staple crops such as rice by over 80%.

The LDFF will help to redress some of the catastrophic health impacts already being seen in the most climate vulnerable countries as a result of humanity’s dependency on fossil fuels. Extreme heatwaves in 2020, for example, were associated with 98 million more people suffering from food insecurity, according to the latest Lancet Countdown research. Heat exposure is also undermining people’s capacity to work, with 470 billion potential labour hours lost globally in 2021, and climate change is making environmental conditions increasingly suitable for the spread of infectious diseases in new locations.

The COP27 negotiations were rescued by this last-minute agreement, with the details left to be worked out on the road to COP28. It is a significant policy instrument, achieved after over a decade of advocacy from climate vulnerable countries, including Bangladesh and small island developing states. Many questions regarding how the fund will work in practice remain to be answered over the coming months, including how the fund will be set up, who will pay into it, which countries will be eligible to receive funds and how much each will get.

Importantly, the human right to a clean, healthy and sustainable environment was also embedded in the agreement text.

Nevertheless, this a genuine and hard-won breakthrough, which recognises both that greenhouse gas emissions have had and are still having climate impacts and polluters must pay reparations for damages. International relations were further strengthened as the United States and China resumed official contact during the negotiations as this landmark breakthrough was achieved between industrialised and industrialising countries.

There were several other notable advances. The Prime Minister of Barbados, Mia Mottley, arrived as a powerful influence, gaining support for reformation of international financing through the World Bank, multi-lateral development banks and the International Monetary Fund. At the launch of the 2022 Global Lancet Countdown Report, PM Mottley noted that climate finance to vulnerable small island developing states, which are in the frontline of climate impacts, declined by 25% in 2019 in the face of rising costs and health impacts from floods, storms, saline intrusion and vector-borne disease.

Importantly, the human right to a clean, healthy and sustainable environment was also embedded in the agreement text. In addition, was progressed on the role of oceans in national carbon accounting systems, creating a further link between the UN Framework Convention on Climate Change and the Convention on Biological Diversity.

COP is important but not sufficient

Nevertheless, after 30 years of international negotiations, greenhouse gas emissions continue to rise inexorably, and the predicted impacts are being felt around the world as floods, wildfires, drought and heatwaves bring devastating impacts to human health, lives and livelihoods.

What is needed now is a global response delivered nationally and locally—prioritising health and well-being to tackle the climate emergency and delivering the immediate health benefits of climate action.

The climate crisis is moving faster than international diplomacy, and threatens the breakdown of global stability and the world’s natural systems that humanity depends on. The yawning gap between climate science and effective climate policy shows that the speed of change has to be delivered alongside and outside of the UNFCCC negotiations, at national and city levels. While COP negotiations provide important international signals, they are not sufficient to drive progress in emissions reductions.

Amid slow progress and turbulent concurrent crises, concerns about possible backsliding to fossil fuels, highlighted in the 2022 Global Lancet Countdown Report, could lock-in a fatally warmer future. What is needed now is a global response delivered nationally and locally—prioritising health and well-being to tackle the climate emergency and delivering the immediate health benefits of climate action— to bring renewed opportunities to address the multiple crises we face. This can help shape a world in which people can not only survive, but thrive.

Visit The Climate and Health Nexus room on the Forum Network, a dedicated space with related content and where you can share your views on the topic!

Dr Frances MacGuire’s career on climate change climate spans over three decades in research, policy, education and advocacy in academia, international NGOs and the NHS. Trained in the life sciences and public health, Frances has worked at the interface between science and policy making in climate change, air pollution and biodiversity protection taking a risk management perspective. Frances has led teams of climate advocates working within the UN climate negotiations and national teams in the UK, Australia, and the Pacific Island region. She has a strong interest in south/north collaboration, capacity building and health and social equity. In her current role as Policy Manager within the Lancet Countdown, Frances also chairs a WHO/Unicef/Lancet Working Group on children and climate change advocacy, as part of the global CAP2030 initiative.

Manuel Castrillo Durán
about 1 month ago

Inevitably, there is a very large barrier for weighty agreements in processes that seek a response not only to climate change, but also to the conditions of well-being and quality of life inherent in a more just, equitable and just society. They are universal paradigms that our nature - and society - will not overcome in the short or medium term, obviously. ¿What is the "torque" necessary to achieve a proper route? 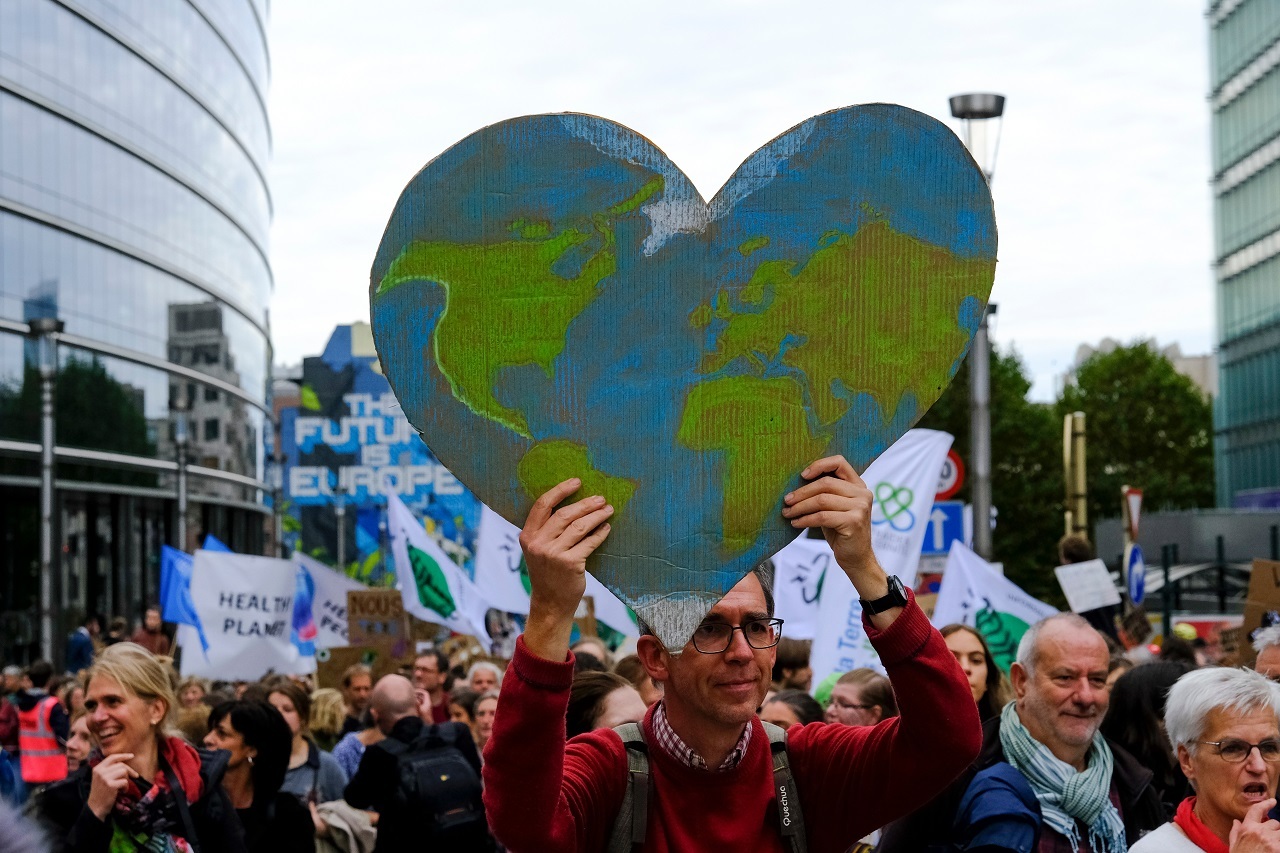 The historic agreement on a loss and damage finance facility at COP27 in Egypt represented a milestone breakthrough—but it is clear that further, faster climate action for health is needed. What is needed now is a global response prioritising health and well-being to tackle the climate emergency and delivering the immediate health benefits.