The present is indeed the date-of-last-opportunity to set a limit on the extent of climate change by minimizing the emissions “overshoot” that could carry the planet beyond crucial points of no return. We now can create an invaluable legacy for the far future—and only we: later will be too late.
Henry Shue
Senior Research Fellow, Centre for International Studies, Merton College, University of Oxford
Follow
Like Be the first to like this
0

Adapted from The Pivotal Generation: Why We Have a Moral Responsibility to Slow Climate Change Right Now [pp. 111 and 113–116], by Henry Shue. Used with permission of the publisher, Princeton University Press. All rights reserved.

The incurable failing of all remedial Carbon Dioxide Removal (CDR) is the ratchet effect of passing tipping points for the climate during the period of “overshoot.” If some types of remedial CDR can be made to work at a global scale, then the atmospheric accumulation of CO2 can go down as well as up. But if that accumulation, even if it ultimately turns out to have been transitory itself, meanwhile drives some crucial factor affecting the climate past a point of no return, that change in climate will be permanent in spite of the fact that its cause was temporary. Temporary changes can produce permanent effects. This is the greatest danger from the current limp approach to mitigation by many incumbent politicians. For example [...]

In the current context, what is particularly repugnant morally about this scenario is the following. Prior to any awareness of the apparent possibility of “recovery” from emissions “overshoot” through remedial CDR, certain generations might have decided to be less ambitious about mitigation simply out of preoccupation with themselves and a simple desire to avoid expense and disruption and to continue to enjoy convenience. In The Pivotal Generation I show that this would have amounted in fact to those generations taking a gamble in which only they themselves can gain and future generations can only lose. But those generations certainly might not have conceived of their actions in this way or been conscious that they were imposing such a bad gamble on future generations. By contrast, choosing less ambitious mitigation now precisely because we are aware that it will allow the current generation to continue to produce avoidable emissions that we know will need to be reversed, only because we think future generations might be able to reverse them through remedial CDR, seems much worse, because more heartless and relentlessly self-preoccupied. Mitigating less now in full consciousness that, and precisely because, later generations might be able subsequently to reverse (some of) the additional emissions produced by the current less ambitious mitigation would be a clear case of choosing knowingly to make a problem worse, when one could easily have made it better, merely because the additional risks of severely worse climate change knowingly created will fall on other generations. Even if the subsequent reversal of the emissions overshoot itself by means of remedial CDR were entirely possible and completely acceptable, such inaction now would be the height of callous self-preoccupation and disregard of vulnerable others. If instead […] the overshoot’s effects cannot be simply canceled out because in the interim physical tipping points are passed and more severe climate effects are ratcheted in, then such actions are outrageous. Why exactly outrageous?

Alternatively, what an exciting privilege it is to belong to the pivotal generation with the opportunity to carry out a once-in-a-civilization transition, one of history’s great revolutions, rivaling the Agricultural Revolution and the Industrial Revolution, whose dark side we would be confronting. The Energy Revolution, the building of a carbon-free energy regime, can potentially not merely limit the damage from climate change, but create a far cleaner, safer, healthier, smarter, more diverse, more technologically advanced, and perhaps even more just world. It will naturally have its own dark side—we are already finding, for instance, that the exotic materials in the batteries critical to renewables, like lithium and nickel, bring their own problems for both extraction and waste management. But if we can bequeath to future generations normal problems, not extraordinary dangers, we will have made an exceptional contribution. Members of future generations will be glad that we rose to the occasion and perhaps remember us proudly. We may, as Samuel Scheffler put it, have left the party early, but we will not have spoiled it for everyone else still to come.

Annette Baier once strikingly suggested that “morality is the culturally acquired art of selecting which harms to notice and worry about.” Some of the most difficult harms to notice, by far, are those we are locking in for future generations for as long as we continue to expand the cumulative atmospheric concentration of CO2. The present is indeed the date-of-last-opportunity to set a limit on the extent of climate change by minimizing the emissions “overshoot” that could carry the planet beyond crucial points of no return that need not be passed if instead we move quickly enough to net-zero carbon. The generations alive now therefore bear distinctively awesome responsibilities, but for the same reasons we also hold in our hands the power to launch a historic transformative transition into a far less dangerous world than the fossil-fuel-fed nightmare that the energy-business-as-usual will otherwise yield. We now can create an invaluable legacy for the far future—and only we: later will be too late.

It is almost impossible not to underestimate the distance over which the reach of the present extends into the far future in the case of climate. We cannot see nearly as far as our influence stretches.

Radically different futures are possible, and the present generations will determine which versions of the future become more likely and which, less likely, by how passionately and wisely we act. Business-as-usual and toleration of the schemes of the dominant energy regime and its well-financed political enablers would produce a future of climate change that is increasingly dangerous—in fact, dangerous without limit—and likely feeding upon itself in abrupt and perhaps cascading departures from the weather and climate patterns that previously made what we perceive as normal possible for the geologically exceptional millennia of the now-ending Holocene.

It is almost impossible not to underestimate the distance over which the reach of the present extends into the far future in the case of climate. We cannot see nearly as far as our influence stretches. We are willy-nilly making or allowing a world whose fundamental social structures and physical processes will endure until someone deliberately changes them, if they can. These basic structures and processes will shape which possibilities are and are not open, at least initially, to the people who follow us in multiple future generations. Further change by them to reverse the effects of our action or inaction is not impossible in some cases, but it comes with various prices in money, effort, and—crucially—time lost between attempted initiation of the reversal and its culmination. Often modification in the inherited structures and processes can come only with substantial time lags, sometimes lags of more than a single generation—the generation that launches the modification does not live to see its outcome. And sometimes the effects of our choices are, from a practical, human perspective, irreversible. Nothing that future generations could possibly do would tame some forces that we may unleash, and only the remaining basic natural forces of the planet can—over geological time, during the passage of hundreds of human generations—slow or reverse some of our effects. William Blake exaggerated less than he may have seemed in saying, as the Industrial Revolution heated up, “The generations of men run on in the tide of Time / But leave their destin’d lineaments permanent for ever and ever.”

What, then, shall we do?

Climate change is the supreme challenge of our time. Unless humanity rapidly transitions to renewable energy, it may be too late to stop irreversible ecological damage. Renowned political philosopher Henry Shue makes an impassioned case for taking immediate, radical action to combat global warming.

Find out more in The Pivotal Generation: Why We Have a Moral Responsibility to Slow Climate Change Right Now (Jan. 2021, ©Princeton University Press). All rights reserved.

Henry Shue
Senior Research Fellow, Centre for International Studies, Merton College, University of Oxford
Follow
Henry Shue, Senior Research Fellow at the Centre for International Studies [CIS] of the Department of Politics and International Relations, Professor Emeritus of Politics and International Relations, and Senior Research Fellow Emeritus at Merton is best-known for his book, Basic Rights, (Princeton 1980; 2nd edition, 1996; 40th anniversary edition with new chapter on climate change, 2020); for his articles, 'Torture' (1978) and 'Subsistence Emissions and Luxury Emissions' (1993); and for pioneering the sub-field of International Normative Theory, which he taught as an optional subject in the MPhil in International Relations from 2002 until his retirement from teaching. Specifically, after work on the morality of strategies for nuclear weapons in the 1980s, his writing during the 1990s turned mainly to the issues of justice arising in international negotiations over climate change. During the first decade of the 2000s his writing concentrated on the two primary aspects of war: the resort to war, especially preventive military attacks ['preemption'], and the conduct of war, especially the bombing of 'dual-use' infrastructure like electricity-generating facilities. Most of his work on climate change has appeared as Climate Justice: Vulnerability and Protection (Oxford 2014), and most of the writing on violence appears as Fighting Hurt: Rule and Exception in Torture and War (Oxford 2016). Now he is working primarily on explanations for the urgency of far more ambitious policies to eliminate fossil fuels in order to avoid irreversible damage to future generations. 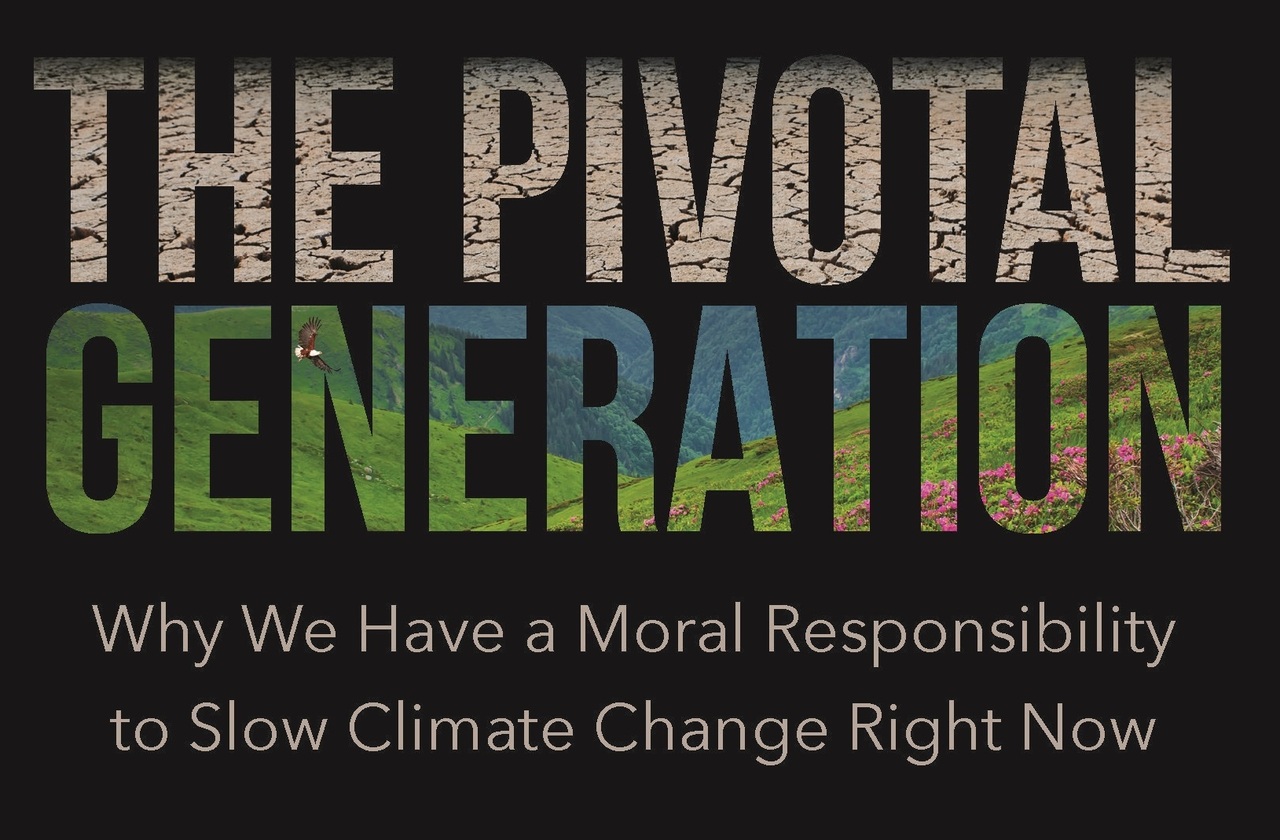 The present is indeed the date-of-last-opportunity to set a limit on the extent of climate change by minimizing the emissions “overshoot” that could carry the planet beyond crucial points of no return. We now can create an invaluable legacy for the far future—and only we: later will be too late.