This article is part of a series in which OECD experts and thought leaders – from around the world and all parts of society – address the COVID-19 crisis, discussing and developing solutions now and for the future. Aiming to foster the fruitful exchange of expertise and perspectives across fields to help us rise to this critical challenge, opinions expressed do not necessarily represent the views of the OECD.

As the Coronavirus is not simply going away, local lockdowns have proven effective in controlling new virus clusters while keeping the majority of the economy afloat. Slogans advocating for blanket approaches such as “we are all in this together” have given way to the realities of this exceptional time. Many countries are now replacing national restrictions with local action to contain local outbreaks so that more people can lead lives closer to normal. At the international level, however, travel restrictions between countries where the virus is under control have slowly been lifted only to be subsequently reintroduced due to a resurgence of the virus. Moreover, the lack of common standards and international co-ordination is often accompanied by nationalistic rhetoric. We argue that a co-ordinated zoning strategy could alleviate the hardship caused by the virus, considerably reduce economic damage, and help curb isolationist sentiments.

We proposed the green-zoning strategy in a policy brief in early April. Zones with a low prevalence of the virus, sufficient hospital capacity and efficient test-and-trace system are labelled green, with the rest labelled red. Travel to and from red zones is limited in order to avoid the further spread of the virus. France and Spain are implementing this strategy, adopting measures for different zones depending on their epidemiological situation, which is periodically re-evaluated.

More on the Forum Network by the same authors: Toward a European network of “green zones" to avoid summer collapse 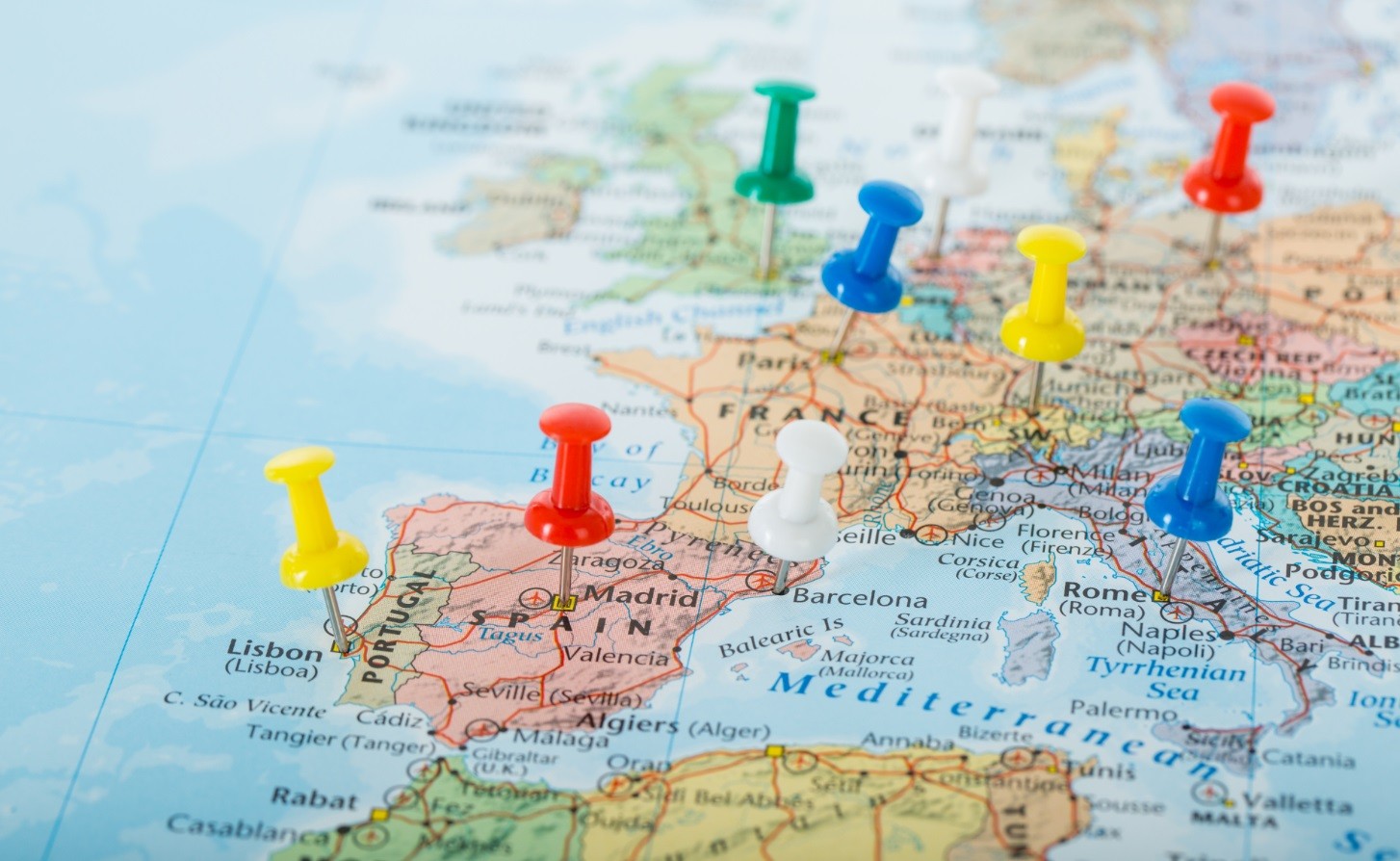 As time progresses and more data becomes available, evidence is mounting that this approach—when implemented with care—enables the control of the virus where it is in high circulation and, at the same time, avoids blanket lockdowns that cripple the economy and general morale. The United Kingdom, Germany, Australia and other countries were initially reluctant to implement local measures, but have moved on to do so. Notably, in the United States travel restrictions have been imposed by New York and New Jersey for people travelling from several states, a measure that goes against freedom of movement, which was seemingly impossible a few months ago.

The lifting of travel restrictions started with the creation of green bridges between small groups of countries such as the Baltic states. In a subsequent step, all European Union member states followed suit. The latter was strongly supported by the European Commission as the reestablishment of free movement has been one of its highest priorities. While admirable, this dictum has not taken the nature of the virus into account. Without sufficient planning for containing and controlling inevitable new clusters, this renewed freedom is looking to be short-lived.

⛱️ The #tourism sector has been hit hard by the #COVID19 pandemic.@OECD_local estimates point to a potential 6️⃣0️⃣-8️⃣0️⃣% decline in the international tourism economy in 2020.

What actions are governments taking to mitigate this? 👉 https://t.co/epIuti1OjY pic.twitter.com/TEhTrikGLU

Given the sad reality that the virus will be with us for a long time—at least until an effective vaccine is developed and widely administered—a key element of our analysis is that the red-green process is not a one-way street. While more and more zones will become green, some may also return to red, thus indicating that the virus is no longer under control. A country like Spain has become entirely green within three months, and yet some areas have registered a resurgence of the virus and therefore returned to stricter public health measures paired with travel restrictions. Clusters appear in unsuspected locations, and their sizes vary in an unpredictable manner. In turn, this unpredictability contributes to a feeling of powerlessness, which further fuels uncertainty and thereby worsens the economic crisis. The resurgence of the virus, as currently registered in the Spanish provinces of Catalonia, Aragon and Navarra, could occur virtually anytime and anywhere in the world.

The appearance of a new cluster resembles a wildfire during a hot summer. While the exact timing and location of fires are unpredictable, fire departments around the world have developed effective strategies to reduce the impact on human life and natural habitats. Notably, these firefighters use two types of actions. First, devise prevention measures that minimise the probability of a new wildfire, such as bans on campfires and use of satellite surveillance. Second, tackle the fire in its early stages, focusing on where the most active and dangerous parts are, and using control lines (natural or manmade borders) and knock downs (actions that aim at suppressing a hotspot quickly).

When a new red zone is identified, it is crucial to take its connectivity with other zones into account.

While the spread of COVID-19 is inherently unpredictable it can—just like wildfires—be managed in an intelligent and proactive manner. Green zoning is the spatial piece of the puzzle, along with other measures such as the wearing of face masks and a rigid test-and-trace system. To be most effective, green zoning should be implemented at an international level to ensure common standards for red and green labels, public health measures and travel restrictions. When a new red zone is identified, it is crucial to take its connectivity with other zones into account. Zones with high levels of inter-mobility should be labelled yellow, and increased testing implemented until their safety can be ensured and they can reconnect to the network of green zones (see Figure 1).

A granular approach regarding the epidemiological situation is finally gaining ground around the world—in the spirit of France and Spain’s national exit strategies and following our proposal. Several countries are also implementing international travel restrictions based on regions or provinces rather than whole countries. For example, Belgium, France, and Germany have recently issued travel warnings for some of Spain’s provinces while sparing others. In contrast, measures such as a 14-day quarantine for anyone travelling from Spain as implemented by some countries should be avoided. In addition to their economic consequences, they stigmatise the entire country, including regions where the virus is sometimes less prevalent than in the very countries that chose to enforce such a blanket quarantine. 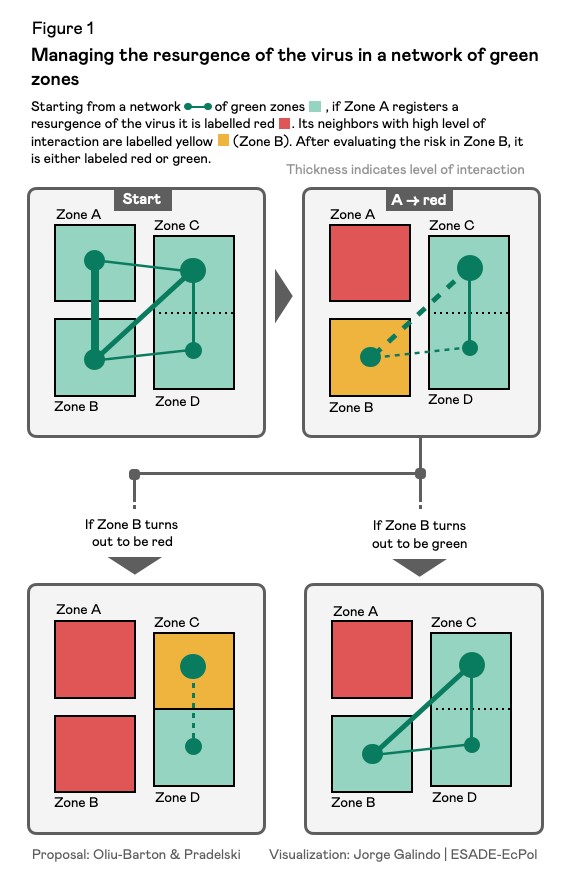 Implementing local lockdowns with the necessary travel restrictions in red zones where the virus is in high circulation, and allowing green zones to return to economic and social activity, could be essential to saving social cohesion and ensuring economic stability.

The political and societal rifts created by unilateral policies are alarming. The situation is too serious to allow divisive and nationalist rhetoric and actions. In order to curb the spread of the virus, while rebuilding a connected world, it is vital to adopt an internationally coordinated plan. Without urgent action, lives and livelihoods will be further harmed and hard-gained progress for an open society lost. In this respect, we are indeed all in this together.

Your comments are what make the Forum Network the unique space it is, connecting citizens, experts and policy makers in open and respectful debate. Whether you agree, disagree or have another point of view, join for free using your email or social media accounts and tell us what's happening where you are.

The Great Revealer: Emergence of the “Covid-Ready” World 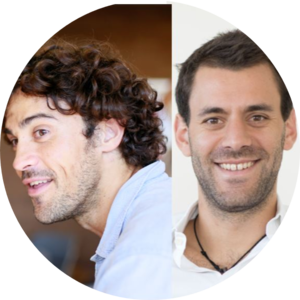 Miquel Oliu-Barton is currently an Associate Professor of Mathematics at Paris-Dauphine University. His research interests include game theory, probability theory and microeconomics. He did his PhD in Mathematics at Sorbonne University (formerly Pierre and Marie Curie University), where he graduated in 2013. He holds a BA in Mathematics from the Ecole normale supérieure of Paris and a BA in Dramatic Arts from the Ecole Supérieure d'Art Dramatique de Paris. https://sites.google.com/site/oliubarton/ & https://twitter.com/OliuBarton & https://www.linkedin.com/in/miquel-oliu-barton-379260167/ +++ Bary Pradelski is an Associate Professor (chargé de recherche) at the CNRS (French National Centre for Scientific Research) and an Associate Member at the Oxford-Man Institute, University of Oxford. He is currently based at the Grenoble Informatics Laboratory. His research interests include game theory, microeconomics, and mechanism design. Prior to joining the CNRS he was a postdoctoral researcher at ETH Zurich. He holds a PhD in Mathematics from the University of Oxford (2015). Prior, he worked for McKinsey & Company as a Senior Associate. https://barypradelski.com/ & https://twitter.com/BaryPradelski & https://www.linkedin.com/in/bary-pradelski-86b8773/
Follow