Addressing Gendered Ageism: A better retirement for all women

At the intersection of age and gender, what needs to be done to ensure that women have decent lives going into and throughout their retirement? Banner image: Shutterstock/Rawpixel.com

In their Towards Improved Retirement Savings Outcomes for Women report, the OECD has taken groundbreaking steps towards addressing the gender pension gap that women today will face when they become older. This pension gap has developed due to discrimination women face based on both their sex and age, referred to as gendered ageism.

Ageism was coined by the famous geriatrician Robert Butler in 1969 to describe “a distaste for growing old”. It was not until about a quarter of a century later, that the term “gendered ageism” was introduced and accepted as a way to intersect ageism with sexism. Yet, its pervasive and harmful effect on older women, who form the majority of the older population, has gone largely unrecognised and uncorrected. For example, the greying hair of older men is viewed as distinguished while grey hair in women is considered a negative sign of ageing. With age, men often increase their social status through the accumulation of wealth, while women often feel invisible as they age, being judged on their looks alone.

The impact of ageism as a barrier to healthy ageing is so important that a global campaign has been launched to combat ageism. It’s detrimental impact on health ranges from reduced healthcare access to loneliness, the latter of which the recent US Surgeon General compared to the negative health impact of smoking 15 cigarettes a day. Like poverty, ageism is a non-medical factor shaping one’s health, and so is now considered a social determinant of health.

Addressing gendered ageism as relates to work is an ongoing process. Even when programmes are implemented to benefit women, they often focus on the needs of younger women. For example, women do substantially more unpaid caregiving than men. Workplace programmes in many countries provide support for younger women with maternity leave and time off to care for children, but fewer are designed to support older women employees caring for older family members. Recent initiatives such as the Build Back Better Plan in the United States has recognised this critical gap, and aims to dramatically increase public investments across the life course including for childcare, caregiving for older adults and home care.

The OECD has released a key figure highlighting the pension gap experienced by older women now: on average they receive pensions that are 26% lower than those received by men. Not only are the pensions lower, but because women live longer than men, they will live longer with less income. The pension gap in part explains why more older women than men live in poverty. Poverty rates for older women in Canada are almost 1.6 times that of men, and these rates increase with age.

A multitude of gender-related factors—women having a lack of financial education at a young age; being less likely to enter the paid workforce, and when they do earning less; taking more leave for caregiving responsibilities; and being less likely to be promoted to senior ranks—all contribute to the gender pay gap that leads to the gender pension gap. To address this complex problem, the actions recommended by the OECD report are equally comprehensive, outlining a multifaceted approach to improving retirement savings and closing the pension gap for young women, who are presently in the workforce in order to improve their future circumstances in old age.

If the OECD’s recommendations for improved retirement savings are enacted into policy change across its 38 member countries, it would greatly improve the future health and well-being of women for generations to come. It takes almost 40 years for pension reforms to come into full effect and benefit women on their retirement—too late for the many women who have already retired and are poor today. Within society, older women have largely become what some have called the “invisible majority”, and this too is the case for retirement income. Missing from the discussion is what can be done to address the inequities experienced by older women now, whose current retirement is based on inadequate pensions, if in fact they have pensions at all. Improving retirement savings is a critical step that must be taken to improve the lives of women in the future. While welcome, we must look beyond these recommendations to acknowledge and deal with the very real financial challenges faced by older women today.

Addressing the inequities experienced by older women today is a complex and potentially costly problem, but one that demands attention. To start, we need to make gendered ageism and its impact on older women visible, so decision makers can recognise and take action to address its systemic effect. While sexism is important, and ageism is important, their intersection is even more so. Second, we need to collect data disaggregated by not only sex but also age, so that the impacts of policy on older women are made clear. Finally, women in today’s workforce will become the women who receive pensions in the future. Bringing younger women together with older women in this discussion will be important to promote the intergenerational solidarity that can equally benefit those who are currently older, ultimately benefiting all women in the future. Sometimes we forget the obvious—one day we will all be older. 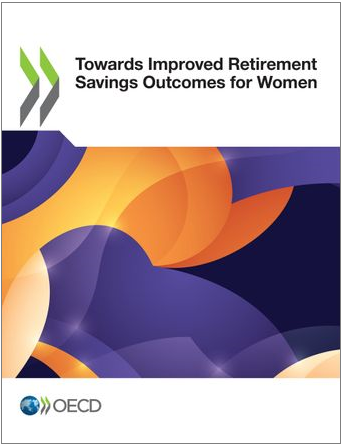 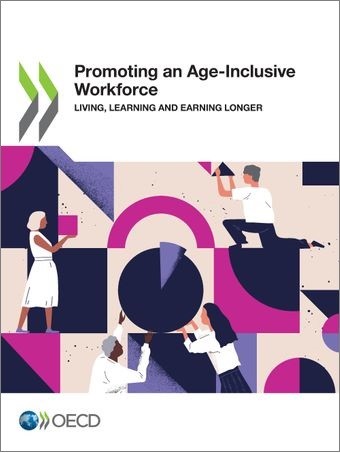 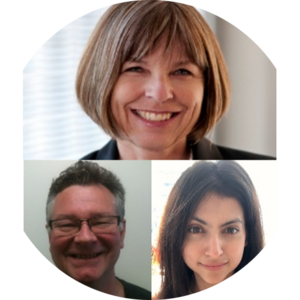 Paula Rochon is a geriatrician, senior scientist, and Founding Director of Women’s Age Lab at Women’s College Hospital. She is a professor and inaugural RTOERO Chair in Geriatric Medicine at the University of Toronto. She obtained her MD from McMaster and MPH from Harvard.  Dr. Rochon’s research focuses on the unique needs of older women, and promotes their health and wellness. She has contributed to our understanding of aging, equity, and its impact on patients and the healthcare system, highlighting the need to consider sex, gender and age in research so results are more relevant to older women and men.

Surbhi Kalia is the Strategy Lead of Women’s Age Lab – a centre focused on improving the health and wellbeing of older women, which is affiliated with the Women’s College Hospital. Surbhi engages in change initiatives in research, public policy, and advocacy in healthcare. Surbhi has received both her Bachelor of Arts and Master of Science in Public Policy from the University of Toronto and the University of London respectively.

Paul Higgs is Professor of the Sociology of Ageing in the Division of Psychiatry at University College London. Dr Higgs edits the journal Social Theory and Health.  He is a Fellow of both the UK Academy of Social Sciences and the Gerontological Society of America.