Originally delivered as a speech to open the 11th Meeting of the Inclusive Framework on BEPS, which took place on 27-28 January 2021.

Looking back at the past 15 years, the OECD’s efforts to transform the international landscape stand out as one of my proudest achievements. When I took the helm in 2006, tax avoidance and evasion were running rampant. Urgent action was needed. The aftermath of the Global Financial Crisis (GFC) offered an opportunity to crack down on these nefarious practices, backed by the then newly-established G20.

At the April 2009 G20 Summit in London, leaders declared an end to bank secrecy. A few months later, the Global Forum on Transparency and Exchange of Information for Taxation Purposes met for the first time to discuss proposals for a new governance structure and working methods.

The changes catalysed by the Global Forum have been remarkable, ending bank secrecy for tax purposes and levelling the global playing field. A little over ten years after the GFC, EUR 107 billion of additional revenues (tax, interest, penalties) have been identified; bank deposits in international financial centres have fallen by USD 410 billion over the past decade; and 36,000 exchanges of tax rulings have been shared between jurisdictions. Furthermore, information on 84 million financial accounts were exchanged in 2019 with a total value of around EUR 10 trillion.

Just as public tolerance for bank secrecy plummeted during the crisis, public anger with aggressive tax planning by corporations also began to boil over. Headlines repeatedly showed that highly profitable multinational enterprises were gaming the system—legally—to pay little to no tax on their massive profits. The statistics reinforced the headlines, showing that USD 100-240 billion in revenue was being lost annually to Base Erosion and Profit Shifting (BEPS) practices by multinationals.

Responding to this challenge, in 2013 the OECD launched the BEPS Action Plan. It identified 15 specific measures to equip governments with the domestic and international instruments needed to prevent corporations from paying little or no taxes. This was a turning point in the history of international tax co-operation and the regulation of globalisation.

Many doubted whether this OECD-led project could meet the Action Plan’s extraordinarily ambitious two-year timetable. But these doubts were put to rest when G20 Finance Ministers endorsed the BEPS Package in Lima in 2015. It was the most prominent step towards modernisation of our countries’ tax policies in a hundred years.

As I noted in Lima, in a globalised world, tax co-operation is the only way to protect tax sovereignty. This was true then, and it is true now. Without such co-operation, the effectiveness of our domestic tax policies is at risk.

Since its formal establishment in 2016, the BEPS Inclusive Framework has driven a sea‑change in international tax policy, particularly with respect to the four BEPS minimum standards that countries and jurisdictions are implementing on an equal footing.

These minimum standards have established coherence, realigned substance with taxation and increased transparency. The widespread harmful tax practices that were prevalent have, essentially, been eliminated. The facts speak for themselves:

The fact that not just a handful, but 138 countries and jurisdictions have committed to implementing these minimum standards is testament to the breadth and reach of our efforts!

Today, 67 members of the Inclusive Framework are developing countries. And their efforts over and above the BEPS minimum standards have yielded impressive, tangible benefits. For example, the OECD-UNDP Tax Inspectors Without Borders programme, which brings in experts to work with developing country tax authorities on real-time audits, has helped raised USD 775 million in additional tax revenues as of 2020. Such domestic resource mobilisation efforts will be absolutely critical to confront the current crisis, but also, in the longer term, to meet the Sustainable Development Goals by 2030.

So, what’s next? The Inclusive Framework is now grappling with an increasingly pressing task: delivering a multilateral, consensus-based solution to the tax challenges arising from the digitalisation of the economy based on two pillars:

Left unchecked, the digitalisation of the economy will entrench longstanding imbalances and unilateral action could aggravate current tax-related trade tensions.

If we do not deliver a solution by mid-2021, over 40 countries are considering, or will move ahead with, a Digital Services Tax (DST). While such measures may reflect pressure from citizens to take action, most governments agree that a multilateral, consensus-based solution would be preferable and have indicated that DSTs would be removed once an agreement is brokered by the Inclusive Framework.

But we cannot wait forever. And that’s why our technical work continues to simplify the Blueprint proposals for both Pillars that were released in October for public input. Interest in this work was enormous, with around 3,500 pages of comments received from over 200 commentators.

The Inclusive Framework has carefully reviewed these invaluable inputs and is refining the Pillar One and Pillar Two proposals as we await a negotiator to be appointed by the new United States administration. I was encouraged to hear the US Secretary of the Treasury, Janet Yellen, state—as part of her confirmation hearings—that the United States is, “Committed to the co‑operative multilateral effort to address base erosion and profit shifting through the OECD/G20 process, and to working to resolve the digital taxation disputes in that context”.

The Inclusive Framework is also forging ahead to tackle other pressing tax challenges. On carbon pricing, for example, 70% of energy-related CO2 emissions from advanced and emerging economies today are entirely untaxed. Some of the most polluting fuels remain among the least taxed. We can do better! Putting a big, fat price on carbon is one of the most effective ways to tackle climate change by creating incentives to reduce emissions.

Rising inequality is another pressing issue. More must be done to provide policymakers with the most effective tools to mitigate dangerously high levels of inequality. Tax policy in a post-COVID era offers a multitude of opportunities to enact tax and fiscal policies aimed at strengthening—rather than weakening—the social fabric of our societies.

In the midst of the largest pandemic in recent history, our countries, our governments, our people, are craving for a fairer, more transparent and more efficient international tax system. I am confident that once all the pieces are in place, the sprint to the mid-2021 finish line will result in a historic agreement. As we forge ahead to that target, the OECD will continue to support citizens and policymakers toward this objective.

Watch more videos on OECD Tax, including replays of both days of the 11th Meeting of the Inclusive Framework on BEPS

Angel Gurría
Secretary-General, OECD
Follow
As Secretary-General of the Organisation of Economic Co-operation and Development (OECD) since 2006, Angel Gurría has firmly established the Organisation as a pillar of the global economic governance architecture including the G7, G20 and APEC, and a reference point in the design and implementation of better policies for better lives. He has broadened OECD’s membership with the accession of Chile, Estonia, Israel, Latvia and Slovenia, and has made the Organisation more inclusive by strengthening its links with key emerging economies. Under his watch, the OECD is leading the effort to reform the international tax system, and to improve governance frameworks in anti-corruption and other fields. He has also heralded a new growth narrative that promotes the well-being of people, including women, gender and youth, and has scaled up the OECD contribution to the global agenda, including the Paris Agreement on Climate Change and the adoption of the Sustainable Development Goals.

The Road to Recovery: MENA’s time is now 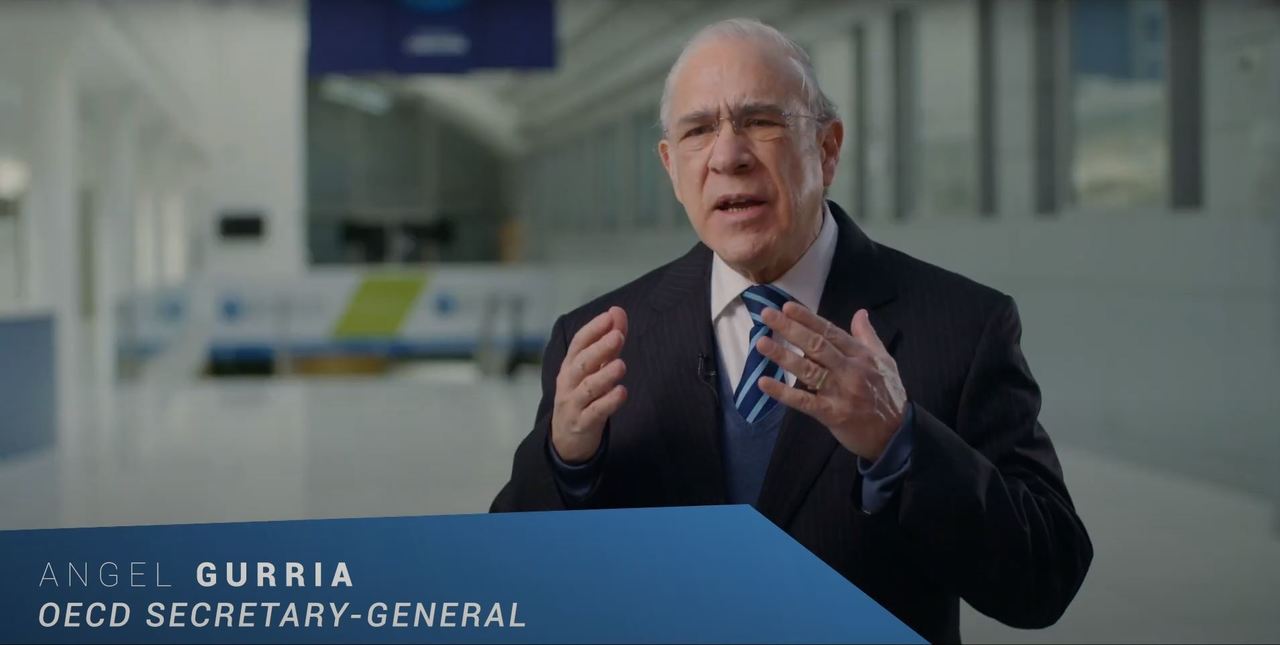