This article is part of the Forum Network series on the New Societal Contract. The Forum Network is the place for you to debate policies that can shape the issues and challenges of our time with other experts and engaged citizens. Join for free using your email or social media accounts to share your stories, ideas and expertise in the comments!

Gideon Maltz is the Executive Director of the Tent Partnership for Refugees.

It is a new year, but the refugee crisis remains one of the most pressing global issues of our time. There are now nearly 26 million people who have been forcibly displaced from their home countries. With scant prospect of immediate return – one in two refugees is displaced for more than 20 years – we must do more to help refugees integrate into their new communities, and securing a job is one of the most critical steps towards that goal.

Low- and middle-income countries like Turkey, Bangladesh, Ethiopia and Uganda shoulder the vast majority of refugees globally – an astonishing 85% (that countries with fewer resources do so much throws in sharp relief how little many higher-income countries do). But while it’s absolutely true that low- and middle-income host countries deserve far more support for the global public good they provide, it’s also the case that these countries could help themselves and their economies by lowering barriers for refugees to work.

While there is a common fear that refugees would take jobs from members of the host community – understandable given that many have their own economic challenges – the truth is that refugees can actually fill labour shortages and complement local skillsets.

Unfortunately, millions of refugees still face considerable hurdles entering their host country’s workforce. In many low- and middle-income countries, refugees lack any legal right to work or operate a business. For example, in Bangladesh, the nearly one million Rohingya refugees are categorically forbidden to work in any capacity. In other countries, like Turkey and Jordan, refugees are not barred completely from the formal labour market, but face administrative hurdles to securing work permits (Turkey) and/or restrictions on sectors and roles (Jordan). For instance, by the end of 2018, only 65,000 work permits had been issued in Turkey for a refugee population of well over three million.

Research shows that when refugees are allowed to work and start their own businesses, they stimulate the local economy by spending more on goods and services, generating tax revenue and creating jobs for members of the host community and other refugees. In Malaysia, for example, refugees are currently unable to work legally, but if the government were to reform its policy – as they promised to do in their electoral manifesto – it’s estimated that refugees would increase Malaysia’s GDP by USD 750 million a year through higher spending alone (and the wider economic impact could be substantially larger).

While there is a common fear that if refugees were allowed to work they would take jobs away from members of the host community – a particularly understandable one given that many host countries have their own economic challenges – the truth is that refugees can actually fill labour shortages and complement local skillsets. High-skilled refugees can increase productivity and economic output, and research shows that Venezuelan refugees, for example, are qualified to fill gaps in host country labour markets like Colombia and Peru. And low-skilled refugees can still fill less desirable jobs, creating new opportunities for hosts, enabling them to “upgrade” into higher-skilled roles. Major refugee-hosting countries like Turkey and Colombia face localised labour shortages, especially in sectors like agriculture; and countries such as Jordan and Malaysia continue to import tens of thousands of migrant workers, notwithstanding their refugee populations. Far from taking jobs away from locals, in Malaysia it’s estimated that allowing refugees to work legally would create over 4,000 jobs for Malaysians.

Conversely, there are often serious adverse effects when host countries forbid or restrict refugees’ participation in the formal labour market. Firstly, refugees will frequently be forced to work illegally, increasing their risk of exposure to abuse and exploitation.

Indeed, some countries have seen sharp spikes in the incidence of child labour, creating serious reputational problems. Secondly, research shows that restricting refugees to informal work has the effect of concentrating refugees in a few sectors, exacerbating the displacement of locals.

Countries hosting substantial refugee populations face significant economic, fiscal, and political pressures – they deserve our support and gratitude. But there’s a growing body of evidence to suggest that these countries would be better off harnessing the innate talent and potential of the refugees they host by integrating them into the economy. That is a perspective that OECD members, in their role providing financial assistance to some of these host countries, and multinational businesses would do well to elevate.

Gideon Maltz
Executive Director, Tent Partnership for Refugees
Follow
Gideon Maltz is the Executive Director of the Tent Partnership for Refugees. He previously served as Deputy Chief of Staff to Ambassador Samantha Power at the U.S. Mission to the UN; Director of Human Rights and Multilateral Affairs at the U.S. National Security Council; and Senior Advisor to the Administrator of USAID.

A Two-way Process: Towards a new and better environment for labour market integration of refugees

City of Refugees: The Story of Three Newcomers Who Breathed Life into a Dying American Town by Susan Hartman 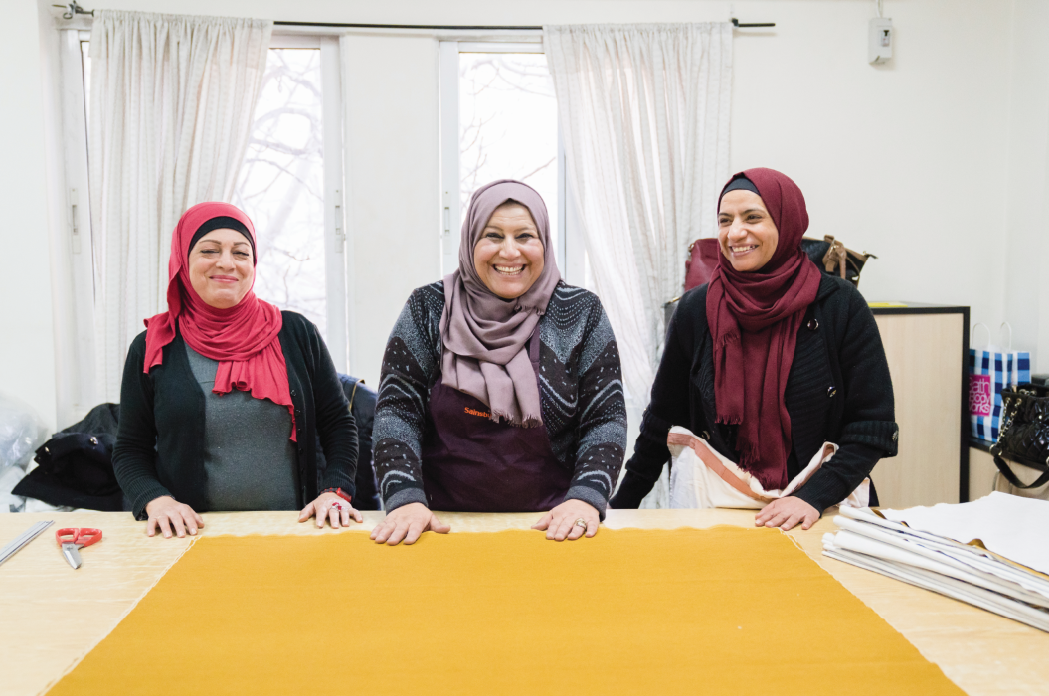