The future of work is right here, right now, and younger generations are at the front of the line, exploring new approaches, new encounters and new challenges.

In a study just released by the OECD and WorldSkills, with inputs from Education and Employers, young people were asked about their levels of awareness about the changes affecting the new world of work and how confident they feel about their ability to deal with them. The results don’t paint a rosy picture for our learning systems and, while we know of great examples of young people being given the right opportunities, we need to find ways to scale up these success stories to build a more inclusive world of work.

Aware? Yes we are…

Despite certain anxieties surrounding the future of work, young people expressed that they are aware of the challenges ahead – particularly regarding technology. Nearly 56% of young people feel optimistic that technology will help generate new jobs. However, this optimism should not eclipse the fear they expressed about the impact of technology on the world of work and their own professional prospects. About 47% of young people fear that they won’t have access to permanent, full-time jobs due to digitalisation.

Do young people see technology change as an opportunity?

We notice a similar level of optimism regarding confidence in finding a job that they really want. About 50% of respondents were more positive than not, and even young people not enrolled in school or training programmes were relatively positive with an average of 35% feeling optimistic.

Are young people confident that they will be able to find a job that they really want?

Laurence Gates from WorldSkills International conveyed her surprise about levels of job confidence at the WorldSkills Conference in August 2019. She assumed that the responses would be more negative, adding that young people “did not seem scared of the challenges they face in the rapidly changing world of work”.  WorldSkills UK CEO, Neil Bentley-Gockmann noted that policy-makers should try to match the positivity of young people in order to avoid expanding the disconnect between young people’s optimism and current government policies.

At Education and Employers we point to research which shows that primary students in poorer countries have much higher aspirations than those in wealthier countries. This notion was reflected in the study where older students in Turkey, Mexico and Indonesia indicated elevated levels of job confidence, compared to Italy, South Korea and Japan.

In terms of readiness for the future of work, young people were far less positive when asked about the usefulness of school. Approximately 56% of young people know what they want to do for work in the future, however they do not feel supported by their education system, and 44% fear that their skills or knowledge won’t be in demand in the future.

Are you worried that there won’t be much demand for your skills and
knowledge in the future?

Neil Bentley-Gockmann comments that schools need to “up their game” in order to make young people more aware of the opportunities and challenges they face, with particular attention to the gender imbalance and women’s general lack of confidence. Women were found to be critical of school, even when compared to respondents without higher education or whose parents did not have higher-education experience.

Socio-demographics can help us break down the narrative around the usefulness of school.  Respondents in the older age group were more critical, stating that school “did not prepare them well for the future”. Conversely, younger respondents indicated that school prepared them “quite well". Interestingly, WorldSkills Champion Gary Condon echoed a sentiment similar to the older respondents, stating that school was “helpful in developing certain soft skills, but didn’t expose him to the practical proficiencies and knowledge that have been important for his career growth".

In addressing the negative sentiment regarding the usefulness of school, we should consider the implementation of school-mediated activities, such as career counselling. A statistical equivalent of 1 in 10 participants would “strongly agree” that school-supplied career counselling would help them find a job they really wanted. In addition, 71% of young people would welcome more career assistance in school. When schools mediate activities with employers or offer guidance counselling, young people tend to feel more confident that they can get a job they want.

Would you welcome more help in getting a job while in school?

This research shows that while young people have a positive outlook on their ability to find a job and are aware of the challenges they face when entering the workforce, they feel unprepared for work. Given the shortcomings of current learning systems, it would be well worth the effort to see how we open up Technical and Vocational Education and Training programmes beyond the apprenticeships historically associated with trades. Business is often critical about learning systems not providing workers with the right skills for market demands, but if we can get employers participating at a much earlier stage of a student’s education, we have a better chance in preparing young people for the future of work, right here, right now.

For more information on this study, go to:

These findings were revealed in the report by WorldSkills and the OECD, with contributions from Education and Employers entitled, “Youth Voice for the Future of Work,” which was released at the 2019 WorldSkills Conference in Kazan, Russia. The report results are based on a survey conducted by OnePoll of 15,000 participants who live in 19 of the G20 nations and whose ages range from 18 to 24 years old. 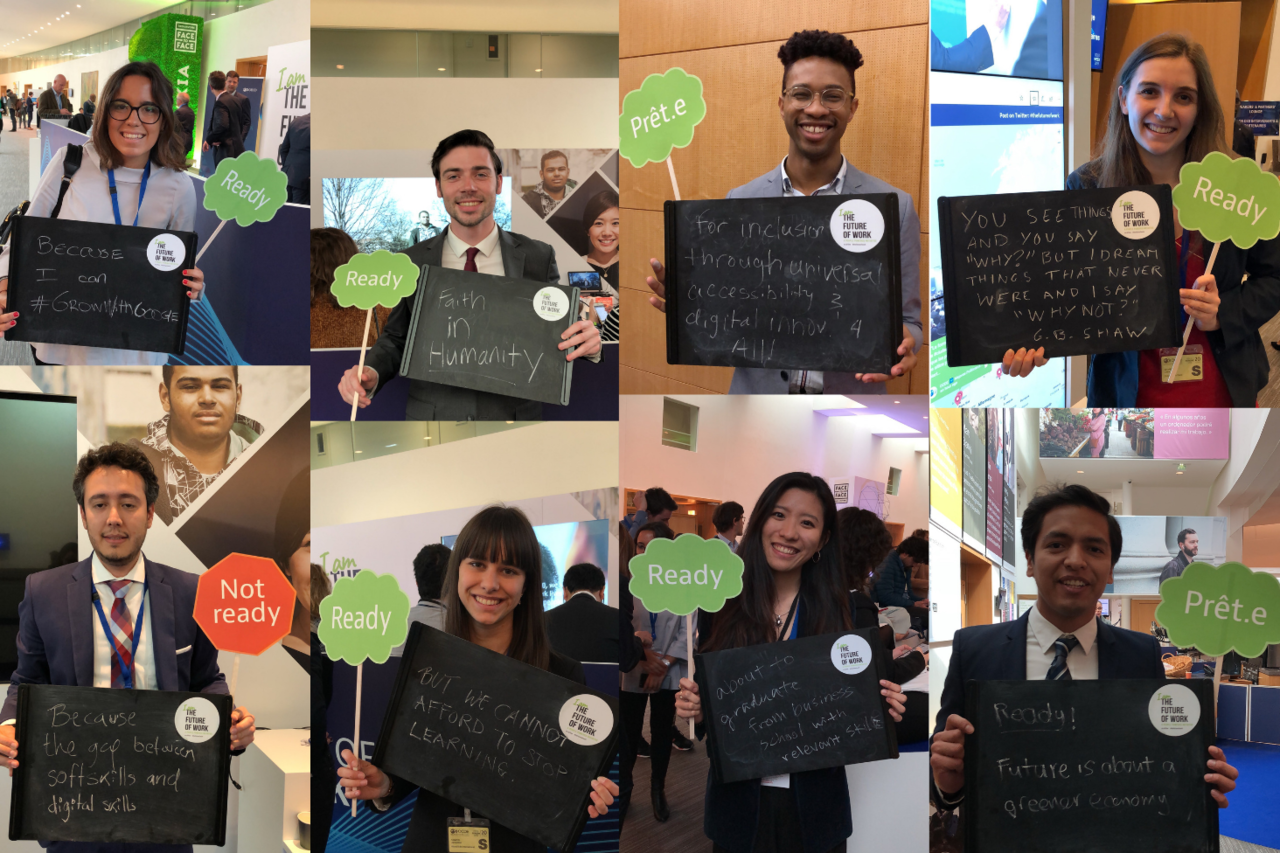