This extract from Poverty Safari: Understanding the Anger of Britain's Underclass by Darren McGarvey is part of the Forum Network series on the New Societal Contract.

POVERTY IS ABOUT more than money. Hopefully, I've convinced you of that by now if you weren't already. Poverty is more like a gravitational field comprising social, economic, emotional, physiological, political and cultural forces. Each person's escape velocity is different, relative to their specific circumstance. But, regardless of how those individual factors, such as family or education, differ between individuals, poverty and the forces it brings to bear are likely to determine the course of a person's life. That's why we can accurately predict a child's social mobility and life expectancy based solely on their birthweight, where they were born and the social class of their parents. It's why we see certain behaviours, like violence, and health problems, like obesity, that appear to affect the poor disproportionately, indicating poverty may be a proximate cause. The fact there is disparity between the social classes is undeniable; the disagreement is about how that inequality should be addressed and who is, ultimately, responsible for evening the odds.

Some believe poverty is the result of an unjust system. Others believe the system performs well and that people who cannot overcome their difficulties must take more personal responsibility. Whatever the truth, the conversation about poverty is, itself, an unfortunate by-product of the very inequality at the root of the issue. This is because the conversation about poverty is usually dominated by people with little direct experience of being poor. This conversation takes place in a cultural domain comprising of news, the arts, aspects of the public, private and third sectors and academia, and shapes how we think about and subsequently discuss poverty. From this realm, the main tenets of the debate around the issue are set and then subsequently framed for our consumption. Much like the issue of child abuse, in the context of social deprivation, those who shape the discussion about poverty often lack the necessary insight to accurately represent the issue. This creates a gulf between the people who want to sort it and the people who experience it.

It's this deficit, between those who tend to lead the conversation, and those who experience the issue, that not only impedes progress, but also leads to people in poverty feeling misrepresented or excluded by 'culture'.

Culture is a very broad term that can mean many things. Your knife and fork is culture. It's how we dress, what we do in our spare time and how we talk to each other. It's what we believe, who we sleep with and why we disagree with other people on certain issues. But as well as all that, culture is also a commodity; an experience, curated for us, into which we can become invested. Terms like 'mainstream culture' or 'popular culture' attempt to describe what the average person likes. Everything else is a 'sub culture'. However, despite there being more culture to consume than ever before, as well as more points of access in terms of participating as both consumers and creators, many people still feel misrepresented or excluded.

For example, women, the LGBTQI community, ethnic and religious minorities and the disabled have fought for decades to be fairly represented and portrayed in education, the arts and the media. They fought for fairer representation because when they engaged with the 'mainstream culture' they never saw themselves adequately reflected, or if they did they were often presented as a caricature based on someone else's privileged assumption. Increasingly, these conversations about cultural exclusion are drawn along lines of identity. Identity, our sense of who we are and our personal relationship with culture, has become one of the biggest factors in why some feel marginalised. But much like poverty, everyone's interpretation of identity is different. Two people could be objectively identical in terms of their ethnicity, nationality, religion, gender and sexuality, but may not see themselves as similar at all. They may even feel offended at the suggestion, because they identify with completely different things. This makes it a little tricky for people who create culture, because they must keep up with our ever evolving sense of ourselves — or risk being accused of excluding people.

In Scotland, there are some people who identify as Scottish and some who see themselves as British. Those who feel Scottish will often draw a clear distinction between their concept of Scottish culture and what they regard as the dominant British culture, many believing one takes precedence over the other. For example, some people in Scotland feel aggrieved about the fact we don't have our own six o'clock news programme. Instead, the news is beamed in from London. Others believe the angle the UK is shown at on screen during weather forecasts is a deliberate attempt to obscure Scotland's true geographical size in relation to England. Some believe this is done to reinforce England as the dominant culture, that Scotland is regarded as a region of England, as opposed to a country, and is therefore underrepresented or unfairly stereotyped. But there are many in Scotland for whom nationality is not the primary factor of their identity and who therefore do not see culture through that lens. For some, it's gender or race. For others, it's religious or political beliefs. The point is, people tend to assess culture based on their own individual sense of who they are. Identity becomes the lens through which everything is viewed.

It's usually the case that those who feel misrepresented or marginalised by an aspect of mainstream culture attribute this misrepresentation to either the ignorance or malign intentions of a more dominant, privileged class. For some people it's men, for some it's white people, for some it's able-bodied or straight people and for others it's the English or the Americans. Everyone sees the world through their own particular lens, so it will not surprise you, given the subjective nature of culture and identity, that I am going to make the argument that class, above all, remains the primary dividing line in our society. In truth, it's less a line and more an industrial-scale wound. Whether placing your blind faith in the advice of a doctor, being assessed or disciplined by a teacher, interviewed by a social worker or children's panel, cuffed by a police officer and advised by a lawyer before appearing in front of a judge, class is the elephant in every room.

It's no great surprise that when lower class people interface with a mainstream culture, created predominantly by and for people from higher up the food chain, whether it be newspapers, television or radio, that they often feel they're viewing a parody of reality. The reality with which they are presented appears so jarringly disfigured that they are forced to scratch their heads and ask 'Who the hell comes up with this stuff?' The questions being posed and the issues being explored in 'mainstream culture' often feel infuriatingly shallow, twee or wide-of-the-mark. This is nobody's fault, but too often culture itself becomes something people feel they exist outside of.

However, contrary to the conspiracy theories many of us concoct to explain it, there may be a far simpler explanation for why mainstream culture leaves so many noses out of joint: social mobility. The concerns of the dominant social classes become more culturally prominent than others because the dominant classes are more socially mobile. It follows that they would ascend to positions of influence and preside over a society that reflects their own interests. If you come from a more affluent background and are more socially mobile, then it's comparatively easier for you to move up the ladder and maintain your position because you have less distance to travel and aren't carrying as much baggage. This explains why, those who begin life farther up the food chain tend to end up either owning, managing, prescribing, running, directing, publishing, commissioning, editing, administering or legislating for every aspect of our lives. Even organisations that appear to care about the needs and concerns of the lower classes, like charities or tabloid newspapers, are usually controlled by people who have only a theoretical conception of what being poor entails. There are, of course, exceptions to the rule but the further up you go, the more aware you become of a prevailing sensibility that one must not offend. One which is increasingly at odds with everyone else.This specialist class have their hands firmly on the levers at every level of society and naturally create it in their own image by doing what we all do: assuming their interests, preferences and aspirations are universal. Anything outside of that is a `counter-culture', an insurgency or a glitch in the matrix.

You must assume that nobody wants anyone else to feel excluded. But when attempting to express our thoughts and opinions across vast gulfs in social and cultural experience, nuance gets lost in translation. Good intentions become obscured and the wider the gulf, the likelier the chance of a misunderstanding. It's this tension between the various competing perspectives that festers under the bonnet of our society, becoming an engine of resentment, bad faith and even hate. In Scotland, the poverty industry is dominated by a left-leaning, liberal, middle class. Because this specialist class is so genuinely well-intentioned when it comes to the interests of people in deprived communities, they get a bit confused, upset and offended when those very people begin expressing anger towards them. It never occurs to them, because they see themselves as the good guys, that the people they purport to serve may, in fact, perceive them as chancers, careerists or charlatans. They regard themselves as champions of the under class and therefore, should any poor folk begin to get their own ideas or, God forbid, rebel against the poverty experts, the blame is laid at the door of the complainants for misunderstanding what is going on. In fact, these types are often so certain of their own insight and virtue that they won't think twice before describing working class people they purport to represent, as engaging in self-harm if they vote for a right-wing political party. Not only does this broadcast a worrying lack of self-awareness regarding why many are turning away from the left, but it also implies that those who no longer see the value in our ideas or methods are not just ungrateful, but also stupid.

All of the discussions you have on the Forum Network inform our thinking for the OECD Forum event each year – join to respond to Darren's article and comment to help us co-create the agenda! 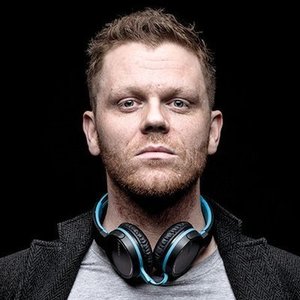