This article is part of the Forum Network series on the New Societal Contract and will feed into upcoming discussions at OECD Forum 2019.

We are currently experiencing the highest levels of individual well-being in human history. Economic prosperity has surged in OECD countries since its foundation in 1961. Today’s average national income in these countries – as measured by gross domestic product -- is more than USD 42,000 per person, which is a staggering number. It means that today’s rich economies in the OECD produce value that would allow each person to live with USD 115 per day. This endowment is 44 times more than what a person would have available in the poorest ten countries in the world (USD 2.6 per day). Expanding economic prosperity has brought a substantial increase in the health and education of OECD populations.

Such gains in health and education would have been unimaginable without the long-term commitments made by OECD governments to invest in their population’s human development. Today, OECD governments spend on average USD 4,000 on the health of each person: this means that almost USD 10 of every USD 100 that a nation earns is spent on health-related goods and services. OECD economies also spend USD 5 of every USD 100 dollars earned on educating students through primary, secondary and tertiary schools. Of these USD 5, USD 1.50 is spent on universities. By the time a student reaches age 15, the government will have spent USD 100,000 on his or her education.

It is unlikely that productivity gains can be made by elevating current expenditure levels in health and education, especially for tertiary education. An increase in expenditure levels is also not sustainable, given the current debates in many OECD countries on the need to reduce government debt. Furthermore, the next 50 years will see an unprecedented increase in the degree of automation and worker replacement through the emergence of artificial intelligence. Under the assumption that we keep today’s model of training our workforce, ever larger numbers of individuals will be excluded from the labour market, relying on governmental social protection schemes.

We need new sweeping changes to our spending priorities. OECD governments need to radically rethink their model of human capital investment and learn to identify the areas of investment with the highest returns. More money needs to be spent on skill development before the age of five, parenting (especially in sole-parent households) and children at risk of harm. These are areas where the largest gains to investment can be made.

Current funding for children between two and five years, or children exposed to abuse or neglect, is modest at best. This is surprising for at least three reasons. First, decades of research into the determinants of success in life have repeatedly demonstrated the high returns of investing into children before the age of five. Paediatricians, teachers and social workers can attest that children between the ages of two and five are most vulnerable because public institutions have so little influence over their prosperity. In this age group, the skill and health foundations are almost exclusively laid by families and their environments. The public only observes children aged two to five if they attend child care or preschool, seek medical care because of illness or enter the child protection system because of risk of harm (when it is too late). Gaps in hard and soft skills by the age of six, when children enter school, are extremely hard to close.

Thus, supporting parents in their care-giving roles is of paramount importance. We know today that inequalities in parental resources are closely linked to inequalities in economic and mental resources. Children are most at risk if parents have drastically limited financial resources, which is particularly prevalent in sole-parent households. This is why it is so important to target more directly children at risk of neglect and abuse. They are the ones who will most likely accumulate health and learning problems in their critical developmental stages leading into young adulthood. They are the ones who will produce most costs to the public 30 years down the track, through health care overuse, welfare dependence and antisocial – if not criminal – behaviour.

It is thus surprising that OECD governments spend only USD 0.6 of every USD 100 on child care or preschool before children enter formal education. Although OECD governments spend USD 2 of every USD 100 on family benefits, the largest fraction of these benefits is paid through tax breaks (thus linked to employment status) and for paid-parental leave schemes, which only affect children’s wellbeing in their first year of life. Almost nothing is spent on nurse-family partnerships or home-visiting programmes, which have been shown to effectively help families in need. We also pay a pittance to single mothers or fathers who make up 1 of every 12 households in the OECD. They carry a disproportionate burden of raising the next generation of citizens. Data on child protection spending is not readily available at all. In Australia, my own calculations show that the state governments combined spend less than USD 0.3 for every USD 100 earned on the child protection system, translating to less than USD 1,200 per child in the child protection system per year. Costs of untreated maltreatment are estimated to be at least three time that number.

Although the OECD collects data on children’s wellbeing across its member states, it does not report expenditures on supporting families with children before the age of five. It also does not provide statistics on child maltreatment (other than so-called “iceberg indicators”) or expenditures for child protection services and foster care arrangements. We need not only new spending priorities, but also new ways of reporting such priorities to raise public awareness.

All of the discussions you have on the Forum Network inform our thinking for the OECD Forum event each year – join to respond to Stefani's questions and comment to help us co-create the agenda! 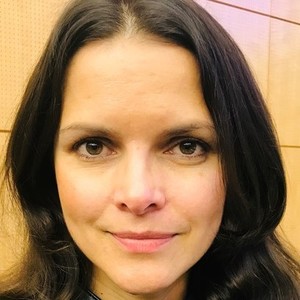 Francesca Borgonovi
The OECD Forum Network
We use cookies to help improve your experience. By continuing to browse our website you are consenting to our use of cookies.
Learn more