This OECD Forum 2019 background note will be used to prepare speakers on the panel The Male Factor, taking place at the OECD headquarters from 11:30-13:00 on Tuesday, 21 May. Join the Forum Network to comment and help inform the upcoming debate and, whether you're with us in Paris or watching online, let us know what you think of the session!

While gender gaps are still large at the expense of women in almost all domains of our societies, some progress has been made in the last decades. In some particular contexts, girls began outperforming boys in schools in what has been conceptualised as the “male factor” in education. Much of the literature has focused on girls’ better academic performance in compulsory school as a root cause for their increasing success in attaining university degrees. As well as the stagnation of boys’ performance, changes in social institutions have also led to growing economic and labour market returns to education for women. In Norway, girls have been outperforming boys in every subject at primary and secondary level since 2017, and have also been participating and completing university level education to a much higher degree (EDU/WKP(2018)19). Likewise, in Sweden, girls outperform boys on educational attainment, skills and number of years in education (OECD Economic Surveys: Sweden 2017). Data from the OECD’s Education at a Glance 2017 reveals that women are more likely to complete upper secondary school and to graduate with a bachelor or equivalent degree than men. In Norway, 60% of university graduates in 2015 were females while the average among OECD countries was 57% (EDU/WKP(2018)19).

If boys are being left behind in school, then the negative consequences for society may become huge over the next few decades. Men’s lower educational attainment have important implications for relationship and family formation as they marry less, have fewer or no children, live shorter lives and are more likely to get onto criminal pathways.

As for employment, the consequences are not yet as visible but forecasts show that a knowledge-intensive job market in the future will need fewer workers – and with low or no formal educational background – due to automation and digitalisation of the economy. This might also have a more profound negative effect on men than on women as technology remains a male domain, with only 25% of ICTs graduates being women (OECD SIGI Global Report 2019). The sorts of jobs traditionally dominated by men are among the most likely to be automated in the coming decades.

Forum 2019 World in EMotion aims to reflect on the role and responsibility of emotions in the developments that are currently reshaping the global political and socio-economic landscape. The Forum will discuss the need for the digital transition to address potential widening inequality. In this context, the Male Factor session aims to address the gender inequality issues from the perspective of how it has affected not only women and girls, but also men and boys, thus strengthening the importance of having everyone on board in the fight against gender inequality.

All of the discussions you have on the Forum Network inform our thinking for the OECD Forum event each year – join to respond to Felipe's questions and comment to help us co-create the agenda! 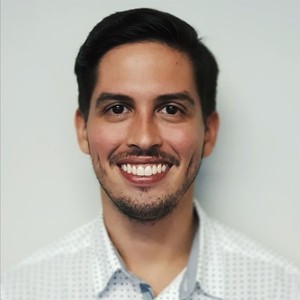 A Master in International Development candidate, with an avid interest for every theme that comes across the development field, in particular gender equality, education, democracy, migration and human rights.
Follow
The OECD Forum Network