This OECD Forum 2019 background note will be used to prepare speakers on the panel Bridging Digital Divides, taking place at the OECD headquarters from 12:00-13:30 on Monday, 20 May. Join the Forum Network to comment and help inform the upcoming debate and, whether you're with us in Paris or watching online, let us know what you think of the session!

Digitalisation has been transforming our lives over the past years, and will continue to do so. As this transformation entails both opportunities and risks, it is crucial to counter the creation of further divides and use digitalisation to bridge existing ones. 84% of people in OECD countries have used the Internet in the last year, and 72% do so every day or almost every day. At the same time, more than half of the world's population has no internet access. In several regions, such as in Latin America, there are public-private initiatives addressing this connectivity divide, for example Telefónica’s Internet para todos (Internet for all) model in Peru, where the private sector (Telefónica, Facebook) and multilateral banking (Inter-American Development Bank and the Development Bank of Latin America) will allow mobile internet networks to be extended.

There is a socio-economic gap in internet use: across the OECD, internet use rates for people in the highest income quartile are 22 percentage points higher than for people in the bottom quartile. Differences may also exist within a household: a home may have internet access, without all members of the household using it. This is particularly relevant as a dimension of the digital gender gap in some OECD countries: it is 18 percentage points in Turkey, 10 in Chile and 8 in Italy. There is also a generational gap: while more than 95% of young people (16-24 year-olds) in OECD countries had access to internet in 2016, among 55-74 year-olds this share is only 60%. Furthermore, the urban-rural divide needs to be bridged, too: in half the member states of the EU, high-speed broadband coverage in rural areas is less than 50 %.

Equality in internet access alone does not create equality in its usage. Education is an important factor, with tertiary-educated users performing on average 7.3 different activities online as opposed to 4.6 activities on average for people with a lower secondary education. Governments make efforts to bolster digital skills: Estonia implemented the ProgeTiger programme (2012-2016) integrating technology education in the curriculum, by training teachers and by financing IT infrastructure acquisition by schools. Lifelong learning for all should become a reality, too, with a need to raise the participation of low-skilled workers in training, especially as automation is threatening jobs.

Digitalisation has both negative and positive effects on women’s lives: there exists a gender gap in internet access (as shown above) and women account today for only 20% of tertiary graduates in the information and communications technology field. 90% of downloads packages of R, one of the most used “big data” software packages, were authored by men, which raises questions on possible unintended biases in big data. Women-owned start-ups receive 23% less funding and are 30% less likely to have a positive exit compared to men-owned businesses. Nevertheless, progress is possible: venture capital firms with at least one female partner are more than twice as likely to invest in a company with a woman in the management team. The use of digital platforms is providing women with greater access to markets, knowledge and more flexible working arrangements.

The impact of digitalisation on the lives of people with disabilities varies, too: there exists a digital disability gap, as disabled US Americans are about three times as likely as those without a disability to say they never go online (23% vs. 8%), according to a 2016 Pew survey. At the same time, digitalisation is increasingly enabling people with disabilities to level the playing field in access to lifelong education, skills development, and employment.

All of the discussions you have on the Forum Network inform our thinking for the OECD Forum event each year – join to respond to Balázs' questions and comment to help us co-create the agenda! 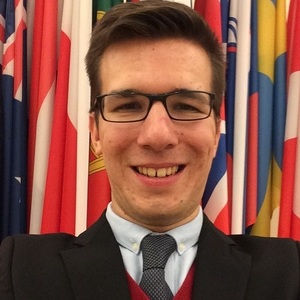