Why are we talking about the need for a new societal contract now? This is question that has exercised minds dwelling on the “human condition” going all the way back to Jean Jacques Rousseau in 1762. So what, if anything, is so different as to make this an urgent question?

We might not be able to put our finger on exactly why, but recent years have seen a palpable sense of uncertainty and insecurity as a result of the political and societal developments that have been taking place around the world. It is as if the rules of the game are changing, or indeed being entirely re-written and, shock horror, all without the "permission" of the expert establishment and, more fundamentally, beyond our control.

This has not happened over night or out of the blue. 2008 was a shock to the system. We had missed or ignored the warning signs and this was the supposed wake-up call that we needed to rectify and address the sharp rise in inequalities and to re-think outdated mantras about economic growth and trickledown economics. While the crisis did spark change, including at the OECD, which has transformed in the last decade, the legacies have lived on. The reality is that our societies are divided, whether between metropolises, towns and villages, between the haves and the have-nots, or between the digitally savvy and the digitally naïve. The trust bonds, which are the very lynchpin of a well-functioning society, have been seriously damaged. This steady build-up of gas over time left us vulnerable to another spark, and this is exactly what we got with the political upheavals since 2016.

New political movements and the politics of raw rather than liberal democracy have impacted the processes of multilateralism, international co-operation and, more fundamentally, economic and societal integration, themselves presented as manifestations of the preferences of ruling elites. Lightning-rod issues such as trade and migration have become new fault lines in domestic and international politics. Following the historic agreement on climate change in Paris in 2015, progress is now stalling as some call into question the very evidence and science it is based on.

The accelerating pace of digitalisation has also fanned the flames. We’re seeing big shifts in the world of work brought about by increasing automation and the burgeoning “gig” economy, which in some cases are challenging the notion of what "having a job" means, and blurring the lines between employer and employee. The middle classes have seen their life prospects – and those of their children – being radically affected. New technologies have also turned communications on its head. The democratisation of media through new platforms has blurred the lines between content creators, mediators, standard-setters and consumers of information. It has led to a disintermediation of traditional news and information sources. Through social media, the emotional and the instinctive have gained an upper hand over the rational with help from algorithm-based new business models. We have witnessed an intensified sense of "us and them", often exploited by "radicals" across the political spectrum who broadcast their message to echo chambers of the like-minded, while the moderates look on aghast in echo chambers of their own. We also see a degree of schizophrenia in the social media space as people regularly broadcast the most personal details about their lives, whilst worrying about their privacy. Younger generations’ very notion of privacy, having grown up in a digital world, differs greatly from their parents’.

The complexity of these challenges is immense and as we grapple with how best to address them, we must be aware of the transformation that has taken place in the relationship between citizens and their governments and indeed the very position of government itself. Since 2008, there have been no shortage of calls for governments to earn back the trust of their citizens through decisive policy action. This is understandable on many levels, but the relative lack of progress, not least due to changing political dynamics, might lead us to ask whether we are characterising this relationship in terms that are too simplistic: casting the citizen as a passive receiver, and over-estimating the capacity of government to deliver? Anne-Marie Slaughter has argued that the quality of our societies will require a fresh vision of “what citizens and government owe each other”, a greater emphasis on both rights and responsibilities for citizens in the digital age. Digitalisation certainly offers the potential for a more agile form of democracy and government, more participative and more responsive to citizens’ needs and views. But citizens have a responsibility to take advantage of these new opportunities – to quote another French Philosopher, Joseph de Maistre, “every nation gets the government it deserves”. Civic tech can help governments to be more open and transparent, more innovative and inclusive in how they go about policymaking, budgeting or service provision. A key challenge being of course how to ensure that online engagement leads to meaningful offline outcomes.

However, if we are to move beyond the traditional conception of the social contract, built between government and citizen, towards a more encompassing societal contract, we will need to extend this notion of rights and responsibilities to include other stakeholders. "Public service" is not and never has been limited to the public sector. Just think about the explosion in choice that digitalisation has brought. Increasingly a large proportion of the infrastructure and services that we use both personally and professionally on a daily basis – whether Google or Facebook – are delivered by entities in private hands. To all intents and purposes, these companies provide global public goods on an unprecendented scale, without the regulatory framework to accompany them. What would be the impact if Google were to disappear tomorrow?

The blurring of lines and shifting of traditional roles between societal actors, raises the important question of the alignment of ethics and values. As citizens we are somewhat schizophrenic: we share more of and about ourselves than ever before and yet expect our privacy to be as jealously guarded as in the days before social media, and all manner of digital devices to measure and track all manner of societal activity. There is now a clearer demand from current and prospective employees, consumers, elected officials, and from the media, who want to know where companies stand on the big questions shaping our society. As a business leader, it is no longer possible to view your economic activity in a social vacuum. Consumers can instantly inform themselves about your social position and “compromises” and weigh up whether or not they align with their values. Most millennials believe that CEOs have a responsibility to speak out on political and social issues. They say that company positions are a key factor in their purchasing decisions also affecting their choice about where to work. They want their work to have a purpose and to contribute something to the world. Companies increasingly bear a responsibility for delivering the policies enacted by government. They stand at the very crossroads between standard setting and implementation.

Addressing the major challenges of our time is not something that we can simply “outsource” to government. It’s not a “right” that we can reclaim. Maintaining entrenched positions and hoping that things will fix themselves won’t get us very far. We will all need to reach beyond our comfort zones, and take responsibility for rediscovering common purpose and common human endeavour, working together around a common set of values, which transcend our institutional incarnations. A new societal contract must be based on the foundations of responsibility to each other, our families, our communities, our countries and our planet. These are the fundamentals that will help to restore the bonds of trust that have fallen into disrepair and we all have a role to play. Building a new societal contract might require us to fundamentally re-think those systems and structures of democracy whose time has come. Let’s not shy away from thinking big – too much is at stake!

How can we deliver the future youth wants?

The New Geography of Work: Realising the Promises of Remote Work for Local Development 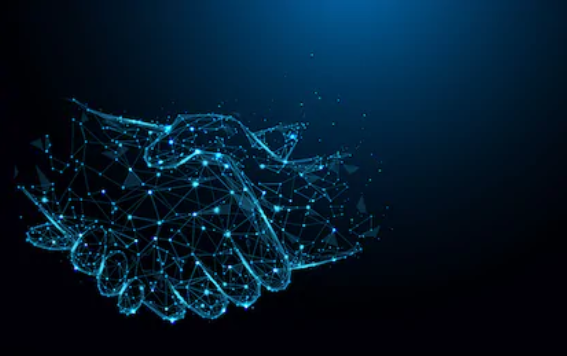