After World War II, the international community was gravely reminded of the fragility of human life and the necessity to preserve world peace. To ensure the world would never experience such deadly wars and conflict ever again, several international organisations were founded, such as the United Nations, NATO and the OECD, on the basis of international co-operation, diplomacy and collective action towards shared challenges.

However, conflict did not end after World War II, and global challenges have only grown more complex and increasingly difficult to solve despite the numerous international institutions put in place to solve them.

The traditional focus on multilateralism, with global institutions used as the vehicle to drive it, is indeed a strong, viable solution. But it is also a solution that does not need to operate alone.

While intergovernmental institutions and organisations serve great purpose and have made tremendous strides towards bridging nations and empowering policy makers, the reason for their inefficiency may not be the institutions themselves, but their approach.

There is a need to tackle urgent emerging issues in an innovative and collective way, which starts from the bottom-up via global citizenship. In communities operating under a global citizenship approach, every individual has a voice, and a responsibility for the social, environmental and governmental well-being of the community at large.

As United Nations General Assembly President María Fernanda Espinosa Garcés stated, “No one can be indifferent to human suffering. Wars, conflicts, economic crises and environmental degradation affect us all equally”.

Structural issues in any organisation – size, representation, balance of power, procedural methods, and micro-management – can impede real action. Thus, in the process of “doing” we are actually losing sight of the ever-changing problems individual citizens face and how to solve them.

An integrated approach where citizens are not just heard but involved in actual decision making could be an answer to the constraints faced by many organisations and institutions.

In fact, the Paris Talks conference was founded on this principle of intellectual freedom and civic participation by inviting ordinary citizens to “talk” about forward-thinking ideas that will change the future of humanity for the better.

As we have learned, when those most impacted by the decisions of our leaders and institutions have a voice, the result is positive. In recent years, experiments in global citizenship and participatory governance have increased.

An example of citizens actually creating policy was seen in the United States where the California Citizens Redistricting Commission drafted a binding referendum to redraw districts for the state’s congressional elections, which had long been accused of racial gerrymandering. The required qualifications for participating citizens were not years of government service or advanced degrees, but civic-mindedness and active engagement in the community. Through an inclusive process on full public display, the maps were redrawn in a major step towards electoral reform and greater social and economic equality in the state.

Paris Talks is not alone in its exploration of global citizenship as a tool for peace. Several institutions, such as the United Nations Educational, Scientific and Cultural Organization (UNESCO) have stated that future generations need global citizenship education, “to empower learners to engage and assume active roles, both locally and globally, to face and resolve global challenges and ultimately to become proactive contributors to a more just, peaceful, tolerant, inclusive, secure and sustainable world”.

Paris Talks is daring to do just that by engaging global citizens in direct decision making alongside governments and international institutions. On 15 March at UNESCO headquarters, the conference will operate six working sessions around six conflict-related themes (Gender Equality, Environmental Sustainability, Arts and Culture, Global Leadership, Discrimination and Technology). Paris Talks participants will work collectively to deliver forward-thinking recommendations and solutions for major global challenges. After the conference, Paris Talks aims to share this white paper with other institutions in an effort to work alongside them to develop these ideas conjointly, as global citizens.

OECD Forum 2019: World in EMotion, taking place on 20-21 May in Paris, acknowledges just how important our engagement is in the developments that are currently reshaping the global political and socio-economic landscape. Our emotions are running high, expressing uncertainty, tensions and anxiety. In responding to these turbulent times, we see increasing manifestations of “people power”: people taking responsibility for some of the difficult challenges that we face. Indeed, the OECD Forum was born in response to public pressure for more transparency and dialogue in policy making: in November 1999, 30,000 protesters in Seattle stopped the WTO in its tracks a year after the OECD’s efforts to achieve a multilateral investment agreement were ground to a halt. Twenty years on, this community is an essential ingredient of the “Forum chemistry” – individuals the OECD is committed to serving from all parts of the globe, and who bring their wealth of experience, views and ideas.

By evolving our approaches to the world’s most pressing issues, we can come closer to solving them. Just ahead of the 2030 Sustainable Development Goals and rising global threats, the world cannot afford to fail. When responsibility for peace is in the hands of many instead of the hands of a few, we multiply our ability to prosper and preserve the peace we have so greatly took for granted in the past. Global citizenship is just one solution, whose emphasis on individual responsibility and critical thinking opens the door for many others.

Keenya Hofmaier
Content Director, Paris Talks
Follow
Hello! I'm the Content Director for Paris Talks: a conference on the future of humanity. We exist as a global platform to promote new approaches and innovative ideas that address future global challenges. My professional experience/interests include: CSR/Sustainable Development, Writing/Translation (FR>EN) and Diversity.

"...When responsibility for peace is in the hands of many instead of the hands of a few, we multiply our ability to prosper and preserve the peace we have so greatly taken for granted in the past..."

Keenya, this is an interesting piece of content and really something that might seem obvious but, alas isn't tackled seriously. Thanks for reminding us of the importance of always consulting with those impacted by the decisions of our leaders and institutions.

Nice article. I look forward to seeing you at the OECD Forum in May.

This is something definitely worth exploring as the current solutions that have been tried and had tons of money poured on obviously arent working. It's time for a new approach to peace.

Jacques Drolet
over 3 years ago

thank you for the overview and vision. I would add that for moving ahead we have to find a way to take the largest part of the Gauss with us. This is not what we have been doing in the last 50 years and most specifically in the last 20. I would also argue that most deciders think of themselves as world citizens, while to feel arrived is a clear demonstration that one is not.

One has to develop those global citizen abilities like we learn and practice math, art, and languages. Without Cross-cultural abilities we will not be able to drive toward a humane globalization. Without them we have a significant percentage of the population where fear and intolerance increase. We have what we have now globally, a slide toward despotism, populism... The tools to develop those abilities exist, they have been developed a while ago by some aid institutions. What we have to do is make them available globally.

I agree that the future is in the power of the many. No doubt. I call it Swarmship. But this works with the people a society has ( or a world). If we do not take all the people with us, it is not going to be nice, in fact it is what we have now: about a third of each country is angry or have loss hope. The power of the many in this case leads to either applied populism or despotism, in any case to violence.

To leave on a positive note, cross-cultural abilities can be learned in many ways.

Thank you for the insightful comment. I agree, in order to have a society that functions on the principle of global citizenship, we first need to focus on how to educate global citizens.  This requires us all - individuals, organizations and institutions - to change how we address Learning and problem solving. More integrated approaches are needed to Foster such growth.

Hopefully you will be able to attend Paris talks on March 15th (?) where we will discuss ways to move forward in this direction. 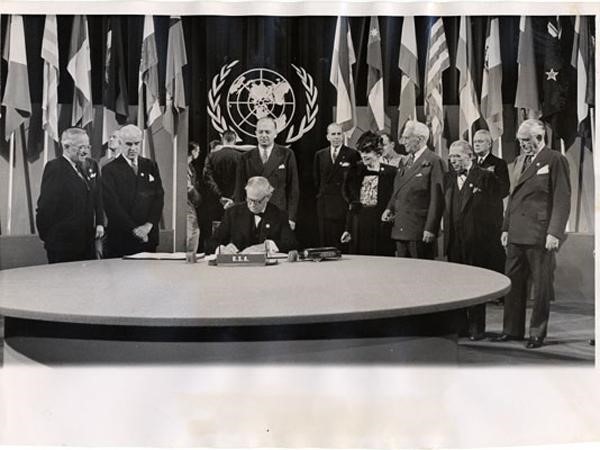