The YES! – Young Economic Summit is a joint project of the ZBW – Leibniz Information Centre for Economics and the Joachim Herz Stiftung. Company Gateway was the winning project presented at the 2017 summit by students from BBS Wirtschaft 1 in Ludwigshafen, Germany.

In addition to fluctuations in the labour market, there are more reasons why the number of start-ups is declining in Germany:

At the same time, many international steps are needed to set up a company (as a corporation) in Germany:

Read: The No Collar Economy: Exponential change and the digital revolution

That bureaucracy in Germany is one of the biggest obstacles for start-ups is also clear in a study by the industry association "bitkom"; perhaps the most alarming fact is that fewer than half of entrepreneurs surveyed would start their business again in Germany given the choice.

At our own start-up founding process, we were also confronted with these hurdles. For young entrepreneurs like us, the slowness and the lack of transparency of the system are very problematic; we struggled a lot with bureaucracy and often felt that the state hindered rather than supported us.

Thus, we realised through our own experience that something has to be changed in the system: that founding a company in Germany has to be simplified.

Report: OECD Entrepreneurship at a Glance 2017

With our concept, Company Gateway, founding a company in Germany would become easier. It would require a reduction in bureaucracy and the creation of a nationwide unit for company foundation, allowing incorporation in just one step and managed by the municipal authority. Company Gateway would include the following services:

We want a new start-up path that makes it easier for young entrepreneurs to found an innovative company. Although there are already many counselling centres in Germany, it still lacks a nationwide solution to enable start-up creation in just one step. Although chambers of commerce and industry, local incubators and various federal and state institutions offer start-ups a wide range of assistance, these structures are extremely confusing and do not necessarily make the process simpler. Company Gateway should become the gate through which every founder should go, from assisting with the drafting of shareholder contracts to registering with the commercial register, tax office or local authority. All the steps that currently require a visit to different authorities are to be united in one, allowing future young entrepreneurs to focus on their main business. The usual risks of a start-up are to be mitigated by consultations and training.

At present, there are many double structures in Germany. This should be simplified by Company Gateway. Also, in comparison with some EU member states, many steps are necessary in Germany to set up a business, while the offer of incubators is at the same time confusing. Although the current offerings provide support in founding a company, they neither save costs nor are there any real simplifications in the founding process.

In order for an idea to be enforced, it needs supporters. After contacting the IHK Pfalz and a lecturer in the Ministry of Economic Affairs, we are still interested in winning new supporters and making our idea real.

For further information or if you are interested in getting involved please email:

Find out more about Company Gateway

The ZBW is the world’s largest information centre for economic literature and ideally positioned to teach students information literacy. The Joachim Herz Stiftung is a non-profit foundation that is economically independent, and politically neutral, and has years of experience in the design and implementation of youth events, especially regarding economic education. 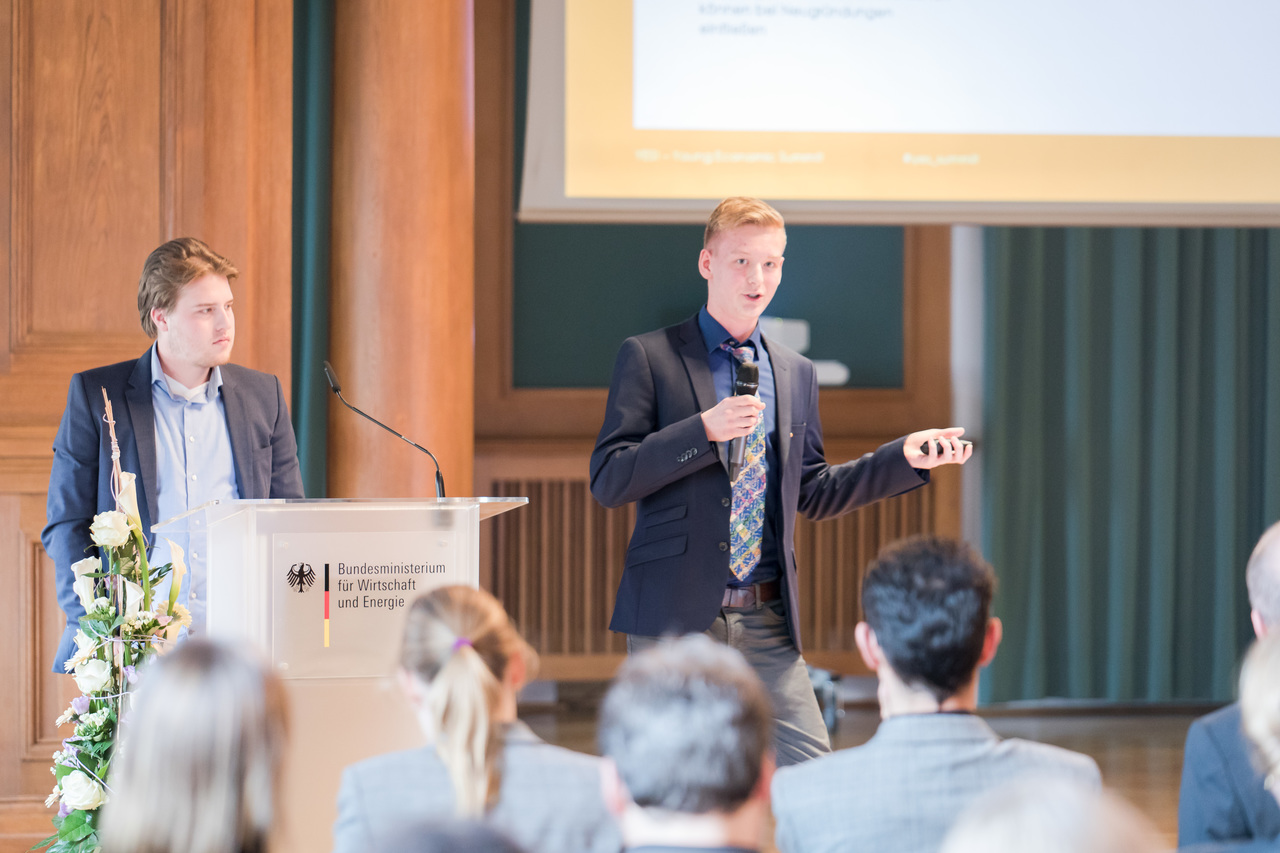