Republican presidential candidates have traditionally paid relatively little attention to infrastructure. There were some references to the state of the roads and docks but these were generally hidden away in the small print of platforms. Instead infrastructural questions were championed by the left of the Democratic Party.

Donald Trump’s 2016 campaign therefore marked a radical departure. He pledged to “build the next generation of roads, bridges, railways, tunnels, sea ports and airports”. He added to this commitment by promising to outdo Hillary Clinton. She had pledged US$275 billion in direct federal spending on infrastructure over five years, together with a further US$225 billion in loans and loan-guarantee programmes. This funding would be given to public transit options, the expansion of internet access, the provision of clean energy as well as road and airport improvements.

Trump dismissed the Clinton plan: “Her number is a fraction of what we’re talking about…I would say at least double her numbers, and you’re going to really need a lot more than that”. Earlier in the campaign he had embraced specific projects such as high-speed rail which has, to date, made only the most limited and fitful progress in the US: “It's sad…that the American rail system is so dilapidated while China's is now slicker than ever. They have trains that go 300 miles per hour…We have trains that go chug...chug...chug".

Trump presented a grand vision. It appeared to promise employment, particularly in the rustbelt states that were to swing the presidential election his way. At the same time infrastructural development seemed to offer a basis for economic growth, increased competitiveness and national rejuvenation. It would thereby contribute much to making America “great again”.

To date at least, the plans for infrastructural development appear to be going chug ... chug ... chug. Relatively little happened during 2017. Then, in February 2018, the White House finally released its plan. The headline figure was, at US$1.5 trillion, truly huge.

Nonetheless, as commentators quickly pointed out, not all was as it seemed. Alongside calls for investment in rural projects and vocational training, the plan rested upon the proposition that US$200 billion of federal government funding would leverage US$1.3 trillion in additional state, local and private sector expenditure through, for example, public-private partnerships. In other words, each federal dollar would generate at least US$6.50 of other spending. And where was the US$200 billion to come from? There were no references to deficit funding and it seemed that the sum was to be found from spending cuts elsewhere in the federal budget.

The odds are heavily stacked against the plan going further: few believe that the funding formula will leverage expenditure on the projected scale. Instead, if funding is offered to the states, they may well use it as a substitute for their own over-stretched budgets. Congressional Democrats will do little to assist the president and they fear, with some justice, that the proposals are a Trojan horse for radical deregulation and coal industry interests. Even with the free market sweeteners, few Republicans see infrastructure as a priority. As the Democrats’ 2009 American Recovery and Reinvestment Act (ARRA) showed there are, despite claims by special interests to the contrary, relatively few shovel-ready projects ready to be initiated. The plan does not include an increase on the gasoline tax that funds much of the federal transportation infrastructure and, over the decades, has lost much of its earlier value in real terms.

Furthermore, if the overall impact of current policy is considered, it may well be that less is given to infrastructure rather than more. The infrastructure plan has to be set against proposed budget cuts that would denude the funding given to the Department of Transportation and Department of Energy. And, as the Brookings Institution showed in a recent study, the individual and corporate tax cuts enacted at the end of 2017 will hit the infrastructural projects undertaken by the states through bond issues: if taxes are lowered, tax-free bonds become less attractive to potential buyers thereby placing upward pressure on interest rates.

Infrastructural projects thus face massive, perhaps insuperable difficulties. The fate of the California high-speed railroad is instructive. Although some construction work is now underway the project has faced public ambivalence, delays and has required funding injections on top of the original bond issue. It secured ARRA funds and, because of Governor Jerry Brown’s support, assistance through California’s “cap and trade” scheme. Without federal backing its long-term future will be touch and go.

Will the failure to address infrastructural issues impose a political price on policy makers? Probably not. In a system based upon different branches and tiers of government, responsibility can easily be passed to others. And the adverse consequences of a crumbling infrastructure are in some cases distributed very widely across the population or in others concentrated among groups who have little or no political capital. It may be that some private or public-private projects such as toll-roads are established but, in overall terms, solutions await a future administration. 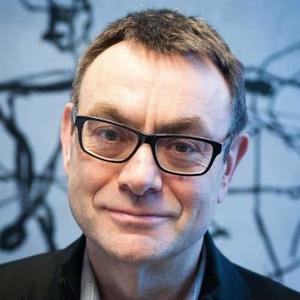