​Many Shining Moments: Women making waves in the tech industry

A 2017 OECD report entitled, The Pursuit of Gender Equality has shown that while young women are more likely to hold a university degree (48% women vs 36% men), they are far less likely to study STEM. In fact, only 20% of university students enrolling in subjects such as computer science and engineering are women.

Curious about where your country stands on this matter?

What’s more, not only are women are less likely to be entrepreneurs, but female-owned businesses tend to earn less than those owned by their male counterparts.

Read: Leaving at Lightspeed: The number of senior women in tech is decreasing

While this is disappointing news, I’m not losing hope and neither should you. Nicola Hazell, SheStarts Director and Head of Diversity and Impact at BlueChilli, who joined us at Forum 2018 earlier this year, is one of the many forces behind turning around such statistics.

In her recent article, A New Story for the Next Generation, Ms. Hazell shares stories of upward movements of determined individuals revolutionising the role of women in the tech industry.

As a soon-to-be mother, she looks forward to sharing these stories with her daughter. She writes:

“Of course, I’ll also share a few stories of triumph closer to home. Like the fact that in 2018, the dial gradually began to move for women in my own industry, with the number of female startup founders here in Australia having risen from less than 18% back in 2015 to around 25% this year. Slow but meaningful progress in the right direction.

“Most of all, I will tell her the stories of some of the women leading this change. Like the group of women who came into my life just nine months ago -- around the very time she was conceived -- when they were selected to take part in our second cohort of the SheStarts accelerator at BlueChilli, to turn their big ideas into global tech companies.

“These women are redefining what it means to be a tech entrepreneur. They are all new to startup land, representing a diverse range of backgrounds, industries, ages and ambitions. But each of them share the desire to have a positive impact in the world, and they’ve shown great determination by stepping into this new world of tech to do so”.

Read: Achieving equality is a marathon we must all run together

We are also seeing a huge wave of female talent in the tech industry in the Middle East. According to Wambda, the share of digital entrepreneurs amounts to 35% in the region, compared to only 10% worldwide.

While that may come as a surprise to many, Kelly Ommundsen, the Community Lead for the Regional in the MENA region of the World Economic Forum explains that because technology is a relatively new industry in the Arab world, it has no history of being male-dominated, and therefore has enabled women to enter the industry on a more level playing field than other industries would permit.

In addition, the digital world offers more flexibility to women in comparison to office jobs. Technology enables women who face cultural expectations to focus on domestic roles to work from anywhere at any time.

Read: The Future of Work isn't all Bleak for Women. Here's Why

Yet, that does not mean that women can enter the tech industry without challenge. As the OECD points out, financing innovative start-ups is much more challenging for women as female-owned start-ups receive 23% less funding in comparison to those owned by males. Moreover, they are 30% less likely to have a positive exit (i.e. to be acquired or to issue an initial public offering) compared to male-owned businesses.

Policy will play an important role in enabling women to march forward in this uphill battle towards inclusion in the technology sector. Time and time again, economic data proves that investing in women and girls has positive effects on the economy; yet garnering the support for policies that promote the necessary investment and legislation still lags behind. Multilateralism can help push this agenda in a positive direction and is key to building an inclusive digital world in which everyone can benefit from. 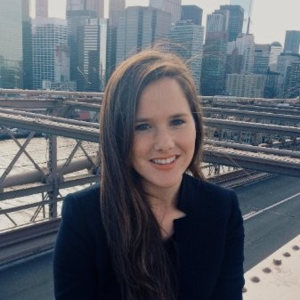 Protecting children in the digital age

Lifting the Veil of Deceit: Fighting cybercrimes against children

Payal Dalal
The OECD Forum Network
We use cookies to help improve your experience. By continuing to browse our website you are consenting to our use of cookies.
Learn more