10 Years after the Failure of Lehman Brothers: The reality of social progress

The financial crisis started 10 years ago. The global economy is showing signs of recovery, and some social indicators signal progress. Unemployment figures are encouraging, especially among young people, and even poverty levels seem to show a prudent downward trend. However, policy makers seem tempted to overinterpret these first signs of social progress. The most provocative example was the recent overly positive political rhetoric surrounding the end of the Greek bailout programme.

There is a lack of European social indicators that frequently leads to overly simplistic comparative analyses and allows for a misrepresentation of reality. Despite progress in some areas, we are witnessing rapid growth of homelessness, and other forms of extreme poverty, in most European countries. We see extreme increases in homelessness in both poor and wealthy countries, including those with robust social welfare systems such as Denmark and The Netherlands for instance. The tendency among policy makers to assert that general poverty data capture all poverty trends is troubling, as is the claim that universal social protection systems do not produce extreme forms of poverty such as homelessness. There is a risk of overlooking worrying dynamics at the very bottom end of society. The lack of adequate data and poor data analysis must not be an excuse for intergovernmental bodies such as the European Union and the OECD not to act on urgent social problems like homelessness.

Homelessness is a highly political issue as it reveals where and how public policy makers are failing. It is the result of dysfunctional housing markets, failed migration policies and an overly selective public health system, among other causes. Homelessness should not be presented, as it still is in many developed countries, as a marginal phenomenon disconnected from structural, societal and political dynamics that can be attributed to the individual failure of the homeless person. The level of homelessness should be viewed as a sort of social “litmus test” for policy makers.

It is estimated that approximately 4 million people experience homelessness every year in the EU: this means that they were forced to sleep on the streets or in a homeless shelter at least once within the time span of a year. This is only a fraction of the more than 120 million people who experience poverty or social exclusion in the EU but is too great a number for transnational policy makers to simply ignore.

There is an inflated terminology used in transnational policy documents to capture the weakest segments of society, such as the most vulnerable, the most deprived, the most marginalised, the most in need, etc. Most of these words have become meaningless “container concepts” that usually capture large parts of society but seldom the most “undeserving” poor. More deserving sections of the population such as people with disabilities, children and older people take their place. It is as if homelessness becomes the defining feature of a person, that a homeless person stops being old, young, disabled or a migrant. There are plenty of policies targeted at specific groups which do not include the people experiencing homelessness from within the group: the EU Youth and Disability Strategies are prime examples.

I am not aware of any intergovernmental body that works on homelessness in a continuous and strategic manner. Most activities are unplanned and therefore generate little to no impact. Several bodies have shown an interest in working on homelessness in a European context, such as the Council of Europe, the United Nations Economic Commission for Europe, the World Health Organisation, the European Union and recently also the OECD. Is it so naïve to think that these bodies could all work together and tackle the issue of homelessness from different and complementary angles?

In the NGO sector it is this kind of that approach we are trying to make a reality, with some mixed results.  FEANTSA, as the umbrella body of homeless services such as shelter accommodation, is perfectly aware that it will not make any progress towards “ending” homelessness if it does not co-operate closely with stakeholders representing other sectors. We have a long tradition of close co-operation with the housing sector, and a more recent link with the public health sector.

The importance of both health and housing is obvious for effective policy approaches to homelessness. Nevertheless, co-operation with stakeholders in these policy fields remains underdeveloped. Breaking down the walls between the sectors turns out to be more difficult than anticipated. But there is growing evidence about the power of co-operation that cannot be ignored much longer.

Homelessness is first and foremost a housing issue. The shortage of affordable housing is increasingly a primary cause of homelessness and impedes the outflow of homeless people from the shelter system. As a result, the number of beds in homeless hostels and shelters is growing continuously in many European countries. The homeless sector tries its best to address the often complex needs of homeless people and, because of the lack of housing options, sees no better alternative than to diversify its accommodation-based services to take better account of the profile of and the progress made by their homeless clients. But it is obvious that stable housing would be a much more effective environment for homeless people to live in and address their problems.

Homelessness is also a public health concern. Most homeless people suffer from very poor health and the relatively high prevalence of infectious diseases are a specific concern for public health actors. Because homeless people experience difficulties in accessing primary health care, they tend to accumulate health problems before they see a health professional and therefore make disproportionate use of expensive, emergency health services such as A&E, ambulances, etc. It is clear that adequate housing is one of the most powerful social determinants of health, and abundant evidence exists on the health gains that come from ensuring that homeless people are moved into proper housing.

Housing First is one of the most promising social innovations in the developed world, and it shows how the housing and health aspects of homelessness can be addressed simultaneously. It turns the traditional approach to homelessness upside down. Entrenched homeless people are provided with long-term housing without prior “treatment” for their problems such as poor health, addiction, debts and relationship problems. Access to housing is used as a tool for inclusion rather than an “reward” following a long reintegration process in shelters and temporary accommodation. The housing is made available without any obligation to accept social support, but supports are available on demand – at the request of the homeless person. Large scientific experiments have shown that Housing First works and is cost-effective.

The interest of policy makers in Housing First is growing rapidly and FEANTSA cannot keep up with demand. The time is right for intergovernmental bodies such as the OECD to step in, and help to bring Housing First to scale. 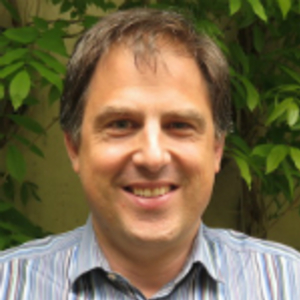