A familiar cliché tells us that a crisis is too good to waste, but a decade on from the collapse of Lehman Brothers, and subsequent multi-billion dollar taxpayer bailouts of banks around the world, it seems that is exactly what happened. The opportunities for reform offered by the 2008 financial crisis have largely been wasted.

To be sure, the regulatory authorities have taken steps to reduce the kinds of risk made obvious by the way financial markets seized up in late 2008. For instance, in a recent analysis the Bank for International Settlements concluded there is now far less unmapped risk in the market for Credit Default Swaps, one of the epicentres of the crisis a decade ago; banks have been forced to increase, slightly, their equity capital and reduce leverage; and institutional arrangements to respond faster to liquidity crises are in place.

On the other hand, very large risks remain. In a new book former Federal Reserve Chairman Alan Greenspan and his co-author Adrian Wooldridge point out how absurd it is that banks are allowed to hold just a fraction of the shareholder capital of other, far less risky businesses. The new tools central banks have created to manage financial markets, such as raising reserve requirements (so-called “macroprudential” policy levers), have not been tested and the signs are they may prove contentious. The International Monetary Fund has warned of the risks China’s mountain of debt and excessive credit growth could carry.

This is not to say we are on the brink of a new financial crisis. Yet it is extraordinary that so little has changed in response to the last. Although today’s economics students are too young to remember the crisis, a decade is not a long time in political memories. Even so, here we are in the autumn of 2018 seeing soaring equity markets, the rolling back of post-crisis regulations in the United States and fragility in important markets such as Italy as well as major emerging markets like Argentina and Turkey.

More important than weak regulation of the financial markets and banking system, however, is the political failure to hold anyone to account for the crisis. There has been no improvement in living standards for a decade and many countries have been left with public debt burdens, forcing governments to cut spending on basic public services; “austerity” policies have been part ideology, but also part consequence of uncomfortable debt levels. Bankers and corporate executives are still drawing obscene bonuses. The banks paid some fines but have continued their activities more or less as before. Meanwhile in the United Kingdom, the Institute for Fiscal Studies has concluded that real wages will be no higher in 2022 than in 2007; if borne out, this will be the longest peacetime squeeze in living standards recorded in 300 years’ worth of data. There has been a record increase in the use of food banks for emergency supplies. The number of people sleeping rough is rising.

In 2011, reflecting on the financial crisis and the unsustainability of the economic system more broadly, my book The Economics of Enough argued that what is unsustainable will not be sustained; the only choice we have is how change comes about. Are the trade-offs debated and managed for the benefit of all groups of citizens? Or is it alternatively a case of crisis and conflict? It is facile to draw a straight line from economic outcomes to politics, but it is also clear the crisis, coming after decades of economic decline in some communities, has contributed to the angry political polarisation in so many OECD member countries.

I argued in the book that a better way of measuring progress is needed, as the talisman of GDP growth fails to capture the reality of experience for most people. This debate has gathered pace, the OECD contributing with the Better Life Index. It is the area of focus for my research at the Bennett Institute at the University of Cambridge, as well as for many others –- and it is thriving.

In The Economics of Enough I also argued for institutional innovations to engage citizens, and for a revival of a strong sense of public service among politicians; on these issues there has been little change. Sometimes in the past, systemic crises have led to visionary responses, such as the institutions and investments emerging from the turmoil of the mid-19th century. That era gave us the infrastructure and civic buildings still in use in many cities, and institutions such as unions, libraries and professional societies, led by people who looked to their legacy. Other crises have had darker outcomes. Looking back over the past ten years, I am not particularly optimistic about the next ten. 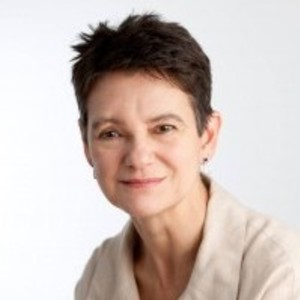