From boom to bust, bitcoins and other cryptoassets have attracted significant attention in recent months from speculators, media and public authorities alike. But while regulators scramble to design frameworks to address the implications of cryptoassets for fundraising, tax-evasion, money laundering and financial system stability, a diverse set of enthusiastic innovators carries on exploring new domains in which to unleash the transformative potential of cryptoassets’ underlying technology: the blockchain. Against this backdrop, the Forum session Blockchain & Enabling Technologies was an opportunity to explore how this technology may – or may not – foster inclusive growth, nurture trust through digital means, and enable international co-operation on a decentralised yet unprecedented scale.

Often defined as a continuously growing list of records, called blocks, which are linked and secured using cryptography, the blockchain is fundamentally a new way of answering an old question: how can we create enough trust between one another to peacefully exchange something of value? Where early civilisations used the threat of force as a deterrent, modern institutions have emerged to provide organised, central authorities to which trust could be outsourced when engaging in trade. If the blockchain – also known as distributed ledger technology – is frequently heralded as paradigm changing, it is because it may well spell the end of the need for such a middle man. By enabling the safe transfer of ownership without the need of a trusted third party, the blockchain mechanises trust by distributing it across thousands of computers, and thereby opens the door to new ways of conducting transactions and organising “decentralised” enterprises and institutions.

Blockchain technology has potential applications in virtually any industry relying on sharing information and data. Beyond the financial sector, a number of UN agencies are experimenting with the technology to deliver aid efficiently and provide identification for refugees. Other vulnerable populations stand to benefit, too. As explained by Pierre Digonnet, Co-Founder, RECONNECT, the programme he co-created harnesses the possibilities offered by the blockchain to secure the administrative documents of people experiencing homelessness. In this way, it helps them access the social benefits they are entitled to, and frees time for NGO workers to focus on providing services that are essential to help them fully reintegrate into society.

As stressed by Nicolas Cary, President and Co-founder, Blockchain, United Kingdom, this technology also has formidable potential to create safer and more transparent supply chains, allowing for instance consumers to know precisely where the food on their plates comes from. Further to promising experimentation in electoral processes, public officials too are rushing to explore how the blockchain technology may not only enhance the delivery of public services, but also foster integrity at a time of heightened security risks linked to cyber-attacks. Even nature itself might soon join the fray, with plans to foster renewable energies through peer-to-peer energy trading or to prevent plastic from reaching our oceans.

Yet, for all its foretold merits, the blockchain technology also encounters scepticism, if not outright criticism. A number of pundits argue that anticipated efficiency gains of the technology remain elusive to this day, and its potential applications largely untested. Intermediaries may also remain indispensable in the face of the contingencies associated with any transaction. And even if the technology does prove as fruitful as its advocates claim, important concerns may still need to be addressed.

Whilst welcoming its potential benefits for civil society organisations, Wolfgang Jamann, Executive Director of the International Civil Society Centre, reminded the audience of OECD Forum 2018 that technological progress does not always equate to positive societal outcomes. And in the words of Renata Avila, Senior Digital Rights Advisor for the World Wide Web Foundation, it is essential to note that technology is also about power – a power that can become highly problematic if concentrated in too few hands. In respect to the blockchain technology, panellists disagreed about whether such a risk was to be feared. Mr. Cary defended the open nature of the blockchain, and stressed that innovators are working on harnessing the technology to solve issues from London to Nairobi. On the other side of the fence, Ms. Avila argued that the design of technology remains hidden by complexity, with very few people understanding how it truly works. In spite of these diverging assessments, it nevertheless remained clear to all that digital inclusion and literacy will be paramount to allow everyone to harness the potential of distributed ledgers.

Beyond the question of the inclusiveness of its design, the very nature of the technology may also give rise to significant challenges. Mr. Cary argued that the cost of maintaining trust is exceedingly high, but the decentralised nature of the technology does mean that a tremendous amount of energy is currently required to run distributed ledgers. Another lesser-known risk, pointed out by Ms. Avila, is the technology’s capacity to facilitate the exchange of illicit material, such as child or revenge pornography, by providing users with decentralised file-sharing networks and the ability to record information on a tamper-resistant database. As these highly problematic pieces of data cannot be unilaterally deleted once incorporated into a blockchain, law enforcement may well run into a deadlock.

These risks have become all the more relevant following a number of recent developments which have made clear that regulation has not managed to keep up with the pace of technology. “What form might blockchain’s very own Cambridge Analytica scandal take?”, asked Mr. Jamann, alluding to the need to understand potential unintended consequences before jumping in too quickly. If the blockchain is truly be to a transformative technology whose significance matches the development of the internet, it will be essential not to repeat past shortcomings in the governance of the latter.

As a result, Greg Medcraft, OECD Director of Financial and Enterprise Affairs, cIosed the panel discussions by stressing the critical need for international co-operation in order to regulate a decentralising technology which ignores national borders. In his words, the blockchain holds tremendous potential but requires regulation if it is to foster trust and collaboration rather than fragmentation and exclusion. The OECD Blockchain Conference, 4-5 September, 2018 at the OECD Headquarters in Paris will gather hundreds of high-level representatives and experts from the public and private sectors, international community and academia, and will undoubtedly constitute an important step in this direction. 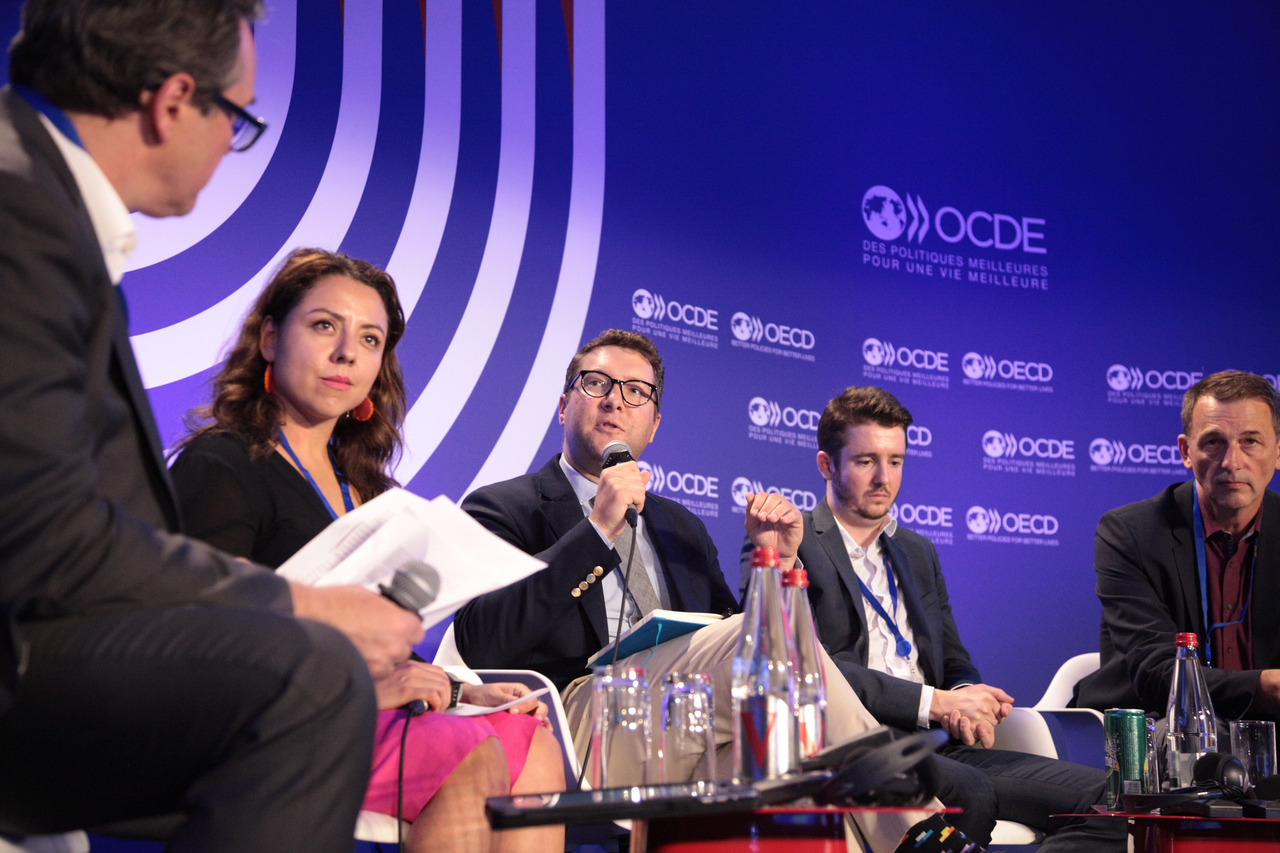