The No Collar Economy: Exponential change and the digital revolution

Samuel George is the Global Markets and Digital Advisor of the Bertelsmann Foundation and co-author of the new Bertlesmann Foundation book The No Collar Economy: Exponential Change and the Digital Revolution.

Our world is constantly changing: a simple truism that is not unique to any given generation or era. And yet the fact that our dynamics shift continues to surprise us. We routinely observe that we live in turbulent times without pausing to consider that times are always turbulent.

But this time really is different. The exponential change caused by digital innovations has shifted the way we work, the way we play, the way we buy and the way we bank, all in the span of just a couple of decades. And as a digitalising society, we are just getting warmed up. If it hasn’t been disrupted yet, it will be soon.

This revolution is turning the economy as we know it on its head. The highly sought-after workers in today’s labour market—the millennials creating billion-dollar empires with laptops and a case of LaCroix—wear neither white nor blue collars, and they certainly do not own anything in pinstripes.

Increasingly, the most coveted employees of our new economy wear no collar at all.

Their informality is indicative of our new digital environs: with blue-collar jobs increasingly displaced by automation and international trade, many have turned to informal, platform-based employment. For gigs like Uber, TaskRabbit and Fivrr that do not offer contracts or benefits, for all intents and purposes it is the app that is the boss.

It is an informality that also reorients how we consume. Forget a collar: more often than not we do not even put on a shirt to shop, and you can purchase just about anything wearing your pyjamas in your bedroom.

Even the spoils are measured differently. In the No Collar Economy, data has become the coin of the realm. Many leaders of the digital economy do not own or sell anything at all. Uber does not rely on its own cars (up until this point at least); Airbnb does not rent its own property; and Facebook’s value is entirely user-generated. The biggest winners are not focused simply on gaining capital, but rather gathering data. And, at the moment, data is an appreciating commodity: when Facebook acquired WhatsApp for USD19 billion in 2014, it paid roughly USD30 per person (considering the apps 600 million users at that time).

At current rates, we are not far from the day when the information an individual brings to a platform is worth more than a barrel of oil.

The End of Geography

Digital access can help break through critical bottlenecks in global development. For example, The World Bank estimates that two billion adults are unbanked. Concentrated in poorer, rural areas, these people are unable to save, invest, insure, borrow or send and receive money beyond the most basic cash transactions. They are subsequently cut off from broader growth patterns, and particularly vulnerable to unexpected shocks.

Digital tools are tailor-made to address this financial exclusion. On the supply side, folks in rural India, for example, may not be able to reach a physical bank branch but many do have access to a mobile device; India boasts more than oone billion mobile subscribers and 220 million smartphone users. Via phone, individuals create accounts—with both traditional banks and start-ups—that allow them to manage, save, receive and transfer money, thus incorporating millions of families into formal financial ecosystems for the first time.

But alongside the opportunities come daunting challenges. The major concern of the No Collar Economy is that it will create a limited number of exhilarating, highly paid jobs for individuals with access to skill training, higher education and elite networks. Meanwhile, most other work could be low paid and require little education. This could engender a bipolar work force, exacerbating the inequality that already marks the 21st century.

Troublingly, governments—precisely the institution required to police the digital transition—have struggled to keep pace. The success of an alleged Russian-government-supported interest to hack the private emails of leading figures in Hillary Clinton’s 2016 US presidential campaign shows the extent of the vulnerability. Although these Clinton insiders represented the upper echelon of seasoned, American political operatives, their decades of experience did not adequately prepare them for even a simple digital ruse.

From the biggest BRICS to the smallest pieces of the old Soviet bloc, governments are scrambling to keep up with the digital revolution. For those that can hack it, “eMocracy” offers tangible benefits: weeding out corruption, streamlining services, increasing efficiency, shredding red tape. Meanwhile, governments that fall behind the constantly evolving digital economy may find themselves disconnected from their citizens and the greater global economy.

The digital revolution implies tremendous opportunities and challenges, and the conversation on the digital economy must be inclusive. Digital alienation is partly responsible for the populist backlash witnessed on both sides of the Atlantic in 2016 and 2017. The visceral complaints may have been levied against globalisation, elites and foreigners, but at the heart of all three is the lingering angst that the world is rapidly changing and people are being left behind.

Once we understand how the rules are changing, we can devise winning strategies not just for New York or London but for society as a whole. 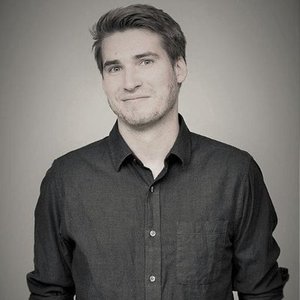