Jacques van den Broek
CEO and Chair of the Executive Board, Randstad
Follow
Like Liked by Silton José Ramos and 2 others

Jacques van den Broek, CEO of Randstad, on how the story of urbanisation is still being written and what we can do to help cities offer opportunities to all residents.

Cities are hubs for human and economic development. For urban development to be sustainable and inclusive, access to information, education and decent work are key. So what should cities do to make sure that they stay both competitive and inclusive for all residents?

For the first time in history, the global urban population is outnumbering the rural population; by 2050, it is expected that two-thirds of the world’s population will be living in urban areas. With more than half of humankind living in cities and the number of urban residents growing by nearly 73 million every year, it is estimated that urban areas account for 70% of the world’s gross domestic product, generating economic growth and prosperity for many. This marks the advent of a new  "age of cities".

The story of urbanisation is one of people gravitating towards each other to fulfil each other’s economical, social and environmental needs. But it is also a story of technology and automation changing the way citizens live and work. This had been a gradual process for a very long time, but it started to speed up with the advent of the industrial revolution. And it has culminated in the current new age of cities.

As part of the Flexibility@work series, our 2018 publication Sustainable growth in the age of cities explores how cities have grown from being silo-oriented to the complex ecosystems they are forming today. We find a similar pattern in the development of businesses, citizens and indeed labour relations. The networks connecting people across continents are becoming denser, faster and more extensive every year. Mutual dependence and transnational connections of cities, businesses and citizens alike lead to a need for policies that cater to these complex ecosystems.

Cities are attractive to both high- and low-income individuals. That is why large cities often have high levels of inequality. Much of this inequality can be traced back to residents’ potential on the labour market, which is highly affected by technological advancements.

The latest study on the impact of automation on work in 32 OECD countries, published in March 2018, shows that 14% of jobs are highly automatable, while 32% of jobs are automatable to a degree that lies between 50% and 70%. The good news is that more new jobs will be created, in part directly related to new technology, but also due to a rise in demand as a result of increasing productivity levels.

This is demonstrated in our latest Flexibility@work publication, where research by Maarten Goos et al. of Utrecht University shows how every new highly skilled job in technology can be a catalyst for up to five new unrelated jobs, both low- and medium-skilled. This publication also demonstrates how most of these new jobs are created in cities where there is a large low-skilled workforce present that can be upskilled.

In the future of work, a competitive city’s value proposition is not confined to its ability to attract businesses. A competitive city offers opportunities to all residents, seeks to reduce inequalities, and protects the vulnerable. Skills, including soft skills, are essential for an inclusive urban labour market, or as the OECD put it in 2016: “Labour market and skill policies as well as tax and benefit schemes will need to be adapted to promote skills adaption as well as labour mobility while at the same time ensuring that work, even low-paying work, provides a sufficient income to escape poverty”.

By investing in education, labour mobility and targeted public-private partnerships, cities can be both competitive and inclusive for all their residents. Only then can we create the skilled workforce and agile, inclusive labour market that will be key to sustainable urban development.

Jacques van den Broek
CEO and Chair of the Executive Board, Randstad
Follow
Jacques van den Broek is the CEO and Chair of the Executive Board of Randstad, the global leader in HR services industry. After graduating in law, Jacques held a management position with an international trading company until he joined Randstad as a branch manager. Appointments followed as Regional Director in the Netherlands and, subsequently, as Marketing Director Randstad Europe. In 2002, he moved to Capac Inhouse Services as Managing Director, also taking on responsibility for Randstad in Denmark and Switzerland. Jacques van den Broek is responsible for France, Belgium, Luxembourg, Spain and Portugal, as well as Latin America (Brazil, Argentina, Chile and Uruguay). In addition, he is responsible for Business Concept Development and Public Affairs.

Social Innovation in the Future of Work 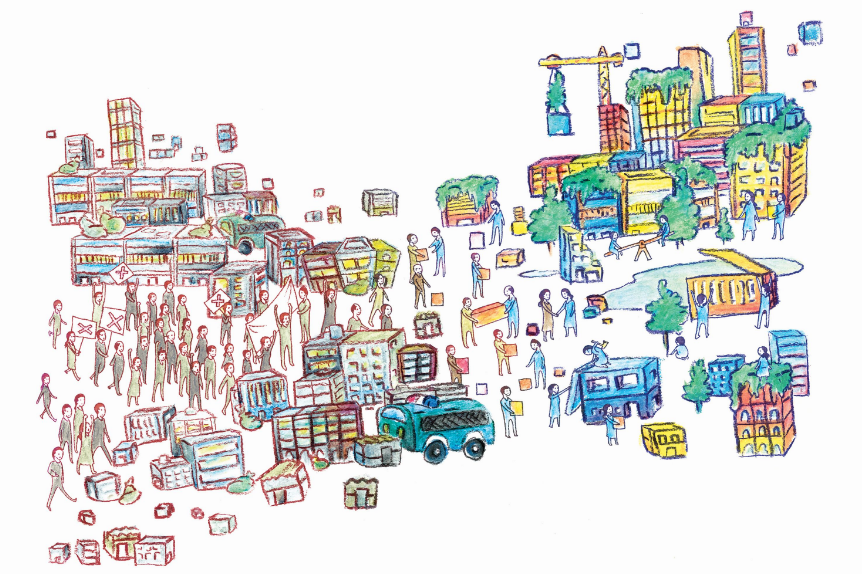