Not Just a Facebook Problem: Ethical data collection must be employed at work

It only takes a look at the world’s most valuable companies to see that data is the new gold. Already in 2014, global data flows accounted for US$2.8 trillion; three years later in 2017, the World Economic Forum estimated that 90% of all data at that time had been produced since 2015. We can only imagine what this explosive growth in data production translates into in monetary terms. Data is mined to give corporations insights into our habits, beliefs, desires and aspirations; it is analysed and fed into algorithms for machine learning; and, as the recent Cambridge Analytica-Facebook controversy shows, it is also used to manipulate us.

We have been warned about the dangers of big data as consumers: we know that our Google searches, our Uber rides, our Amazon purchases and our loyalty card scans are being sliced, diced and reconfigured to sell us more. However, many of us are not aware of how data is shaping our jobs, the terms of our employment or our chances to get employed. It is altering how some of the most important human resource decisions are made — who is hired, who is fired, who is promoted, what kinds of pay incentives we receive, and more. Management-by-algorithm is on the rise.

We also provide data as workers, and this data has value. Our CVs, biometric data such as fingerprints or iris scans, geographical locations, interpersonal networks – as well as the abundant data mined from us as employers monitor our workflows and even our keystrokes – can be sold and analysed for use in marketing, advertising and HR.

For example, U.S. call centre employees at an international banking giant have reported that analytics software monitored their every word and scored them on the friendliness of their tone. The bank used this information to judge workers' performance, and a bad score could cause financial harm, discipline or even termination. Workers said there was little to no recourse to correct mis-scorings, even though it was the software that had failed to recognise certain speech patterns; it could also be discriminatory for certain accents or speech impediments. Workers could review the recordings with managers but, even if there was incontrovertible evidence that the employees performed adequately, their management told them there was nothing they could do and that they should speak in a way the software can understand next time.

Apart from employees in the EU who soon will have rights provisioned by the General Data Protection Regulation – workers across the world have no control over the mountains of data their employers collect on them. Nor do they know what data is used to hire, fire or discipline them. Are your health file, social media connections, union membership or political beliefs determining factors in your employment prospects? To address these issues, combat insecurity and propose sustainable ways forward, UNI Global Union has issued the Top 10 principles for workers’ data privacy and protection. One key principle is that workers must have the right to access data collected on them, including the right to have data corrected, blocked or erased. This data should also be portable — a demand especially important for platform workers who may have hundreds of hours of equity in their ratings.

Another critical principle is the “right of explanation”, meaning that workers must be able to see what data employers are collecting and how it is used to inform key management decisions. Without this right, there will be inadequate checks and balances on management decisions, and no possibility to check whether they are using data in ethical, non-discriminatory ways.

UNI also gives guidelines for biometric data, data transparency, the use of location tracking through so-called wearables, and the set up of company-wide data governance committees. Data, the building blocks of both artificial intelligence and algorithms, is the very foundation of the myriad new businesses and services that are increasingly individualising many aspects of our economy and society, namely the platforms of the so-called gig economy.

The “new gold” is becoming just as valuable as the goods and services we provide at our job — if it has not already — and we, workers, are the mine.

We cannot entrust this personal and precious resource to governments and corporations alone. Workers and our unions must play a role in setting the standards.

UNI General Secretary Philip Jennings has said that “Data collection and artificial intelligence are the next frontier for the labour movement. Just as unions established wage, hour and safety standards during the Industrial Revolution, it is urgent that we set new benchmarks for the Digital Revolution”.

Our principles are a first and important step in doing that. 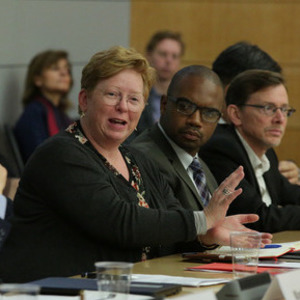 Expert Future of Work and Politics of Technology, Nn