To Efficiency and Beyond: Ethics and Inequality

David Jinkins is an Assistant Professor at Copenhagen Business School Department of Economics.

According to the American Bureau of Labor Statistics, the typical janitor earns less than one quarter of what the typical top manager earns. Both common sense and basic economic theory can explain the reason. The market compensates the manager more since she does more to increase the firm’s profit. The manager contributes more than the janitor not just to the company, but to the economy as a whole by lowering the cost of production and passing on low prices to consumers. Moreover, the manager is likely more organized, more conscientious, and generally more capable than the janitor.

Top managers are paid more than janitors.  But who should be paid more, and by how much? Should those that contribute most to the baking have most of the pie? To answer these questions we must move beyond efficiency and into ethics. In his book Equality and Efficiency: The Big Tradeoff, published 44 years ago, Art Okun takes us along on this journey. Okun is a wonderful travelling companion. The book is witty, brief and profound.

Our democratic society is founded on equality. Each person has one vote in elections and the right to a basic education, freedom of speech and equal treatment under the law. These rights and freedoms cannot be bought or sold, at least in principle. At the same time we live in a capitalist society in which the “[rich] feed their pets better than the [poor] can feed their children”. Asking how we can be so two-minded, Okun argues that our social institutions reflect an uneasy tradeoff between a smaller, more evenly divided economy, and a larger less equal one.

In 2015 the Brookings Institute held a 40th anniversary commemoration panel discussion for Okun’s book. The panel concluded that the tradeoff between equality and efficiency is less relevant now than it was in Okun’s day, since many policies will lead to both less inequality and more efficiency. But the book is worth reading for more than its conclusion. In my favorite passage, Okun sketches out an attractive ethical framework for thinking about inequality.

Putting aside complications of unemployment and market power, even in a perfectly functioning market, returns are not just. The income of an individual is partly a function of past inputs like childhood nutrition and education, and natural abilities. These determinants of income are a matter of luck. Moreover, the reward to skills on the market depends on fluctuations in supply and demand for those skills. Again this is out of the worker’s control. Only the last determinant of earnings, effort, may have an ethical meaning in itself. Yet, it is not clear that we should assign a greater reward to those for whom effort is less costly.

Here is a thought experiment: suppose that by magic we could make people act as though they were working to maximize their individual earnings, but we get to divide the production output however we like. In such a world, should earnings be divided as they would have been in the market economy? I agree with Okun, who prefers a more equal distribution of earnings, and prefers a perfectly equal distribution best of all. While one might defend an equal distribution using some conception of decreasing marginal utility, an even stronger defense comes from the humanistic values behind the rights and freedoms listed earlier. If all men are created equal, then why should some have more economic well-being than others?

If my framing of this argument does not convince you, I recommend you give the much more eloquent Okun a chance. This thought-provoking passage is only one of many in this old book which feel fresh and relevant to the current inequality debate. With historic levels of inequality, now even more than in Okun’s time must “the society that stresses equality and mutual respect in the domain of rights. . . face up to the implications of these principles in the domain of dollars”. 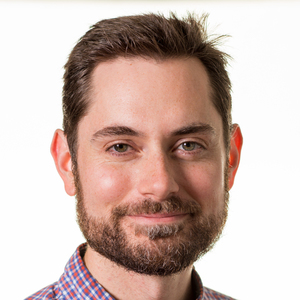