Facebook's users have wildly different expectations about privacy and security. What may look like inadequate oversight in some places may be considered an overreach in others.
Bhaskar Chakravorti
Dean, Global Business and Founding Executive Director, The Fletcher School, Tufts University
Follow
Like Liked by Anthony Gooch and 1 other
0

This essay first appeared in The Conversation.

The latest shoe has dropped on Facebook: Private data on 50 million users found its way to a shadowy research outfit, Global Science Research, and then on to Cambridge Analytica, a political consulting firm launched by former White House adviser Steve Bannon.

Zuckerberg has come out with a mea culpa for this latest breach of digital trust. But his company’s globally dispersed user base presents a challenge. Every month, over 2 billion users worldwide log in to Facebook.

How does Zuckerberg convert his apology into action, while respecting the vastly differing circumstances that his network – the ultimate social network – connects? It can be difficult for global platforms like Facebook to consistently rebuild trust, when attitudes toward privacy vary so widely across the world.

Consider some of the essential differences that Zuckerberg must brush up on. (After all, he did miss a few essential classes since he dropped out of Harvard prematurely.) Let’s call it the beginning of a cheat sheet on “digital anthropology.”

I led a study of digital trust across 42 countries. We measured trust in four ways: users’ attitudes toward technology and related companies; users’ behaviors and tolerance for “frictions” in completing digital transactions; the trustworthiness of the digital infrastructure; and users’ overall experience.

We discovered great differences in how much consumers trust the digital companies, the media they read online and how their personal information is handled by internet companies.

In countries that are generally not as advanced digitally but moving up the curve quickly – such as Malaysia, Colombia, India and Indonesia – users appear more trusting. In general, they are more willing to tolerate “frictions” in their digital experience, either because of poorer network quality or delays in completing digital financial transactions.

In many more advanced countries, trust in technology is low and falling. In a 2014 Pew survey, for example, only 11 percent of Americans were very or somewhat confident that social media and digital video sites were capable of keeping their data secure and private.

In the past couple of years, attitudes across 28 developed countries such as the U.S. have worsened. Trust in the media is at an all-time low of 43 percent.

Consumers around the world also vary widely in the level of privacy that they would prefer or find acceptable. In response to a Pew survey question, 85 percent of Germans favored the more stringent European data privacy standards, while only 29 percent of American respondents felt the same.

Let’s look again at the less technologically evolved, but rapidly developing countries – the countries that appear to trust the internet more.

It turns out that these countries also tend to have less trustworthy digital environments. Infrastructure is underdeveloped and limited, with poorer security protections, particularly when it comes to user data in financial transactions.

Other than China, an outlier in this group, these countries are the biggest growth opportunities for digital players such as Facebook. These markets are growing quickly, particularly on mobile devices, and represent some of the world’s largest populations.

These traits are all critical for companies that rely on a mobile advertising-based business model. Mobile advertising accounted for more than 90 percent of Facebook’s revenue growth since 2012 and delivers 88 percent of its current revenues. In 2017, the company made over US$40 billion in revenue.

What’s more, of the top 10 cities with the largest number of active Facebook users as of July 2017, all are in the digitally less evolved world.

Not every society leans on the internet in the same way or for the same needs.

Consider the recent concerns about “fake news” on social media. In the majority of the 38 countries studied in the Pew Spring 2017 Global Attitudes Survey, at least a quarter of the population got its news from social media.

Also, users in a given country can vary widely in the basic ways they behave on social media, depending on factors like economic status and gender. For example, according to one study, more women prefer to use profile pictures and spend more time than men looking at pages of others of their gender.

Since the way people receive their news varies so widely across demographic strata and geographies, fixing the fake news problem will not be easy. Neither will it be easy to address concerns over how personal data is used, as in the Cambridge Analytica case. What may look like inadequate control and oversight in some parts of the world may be considered an overreach in others.

Zuckerberg is catching up with the uncomfortable fact that the ultimate social network he invented is making connections that he may not ever have imagined.

Whatever solutions the good folks at Facebook devise – or have thrust upon them by regulators and lawmakers – must work not just for the more recently outraged American or the already skeptical European user. The solutions must work for the world from where Facebook picked up its second billion users, and is looking to pick up its third.

Cambridge Analytica has its tentacles in elections in lands far beyond the U.S. According to the case studies on its website, it has played a role in crucial elections in India and Kenya, as well as Colombia, Indonesia, Malaysia, South Africa and Thailand. All of these are countries coming up the digital evolution curve. If you were worried about the “Facebook effect” on American elections, just imagine the potential for mischief across these highly vulnerable countries.

Since Facebook depends entirely on advertising revenue, it cannot institute total data privacy measures throughout all its markets in one fell swoop. This might throttle its ability to accumulate and monetize as much data as possible on its users. Despite the contrite messages today and promises to fix things from Facebook, to maintain its business model, the company will have to be more selective in where it applies more stringent data privacy standards. In my view, it’s likely to institute measures calibrated to be just “good enough” for the context.

It’s too bad that Zuckerberg is getting his deferred liberal arts education in digital anthropology at some cost to 2 billion and counting users, as well as democratic institutions around the world. I can only hope that he is a quick study. 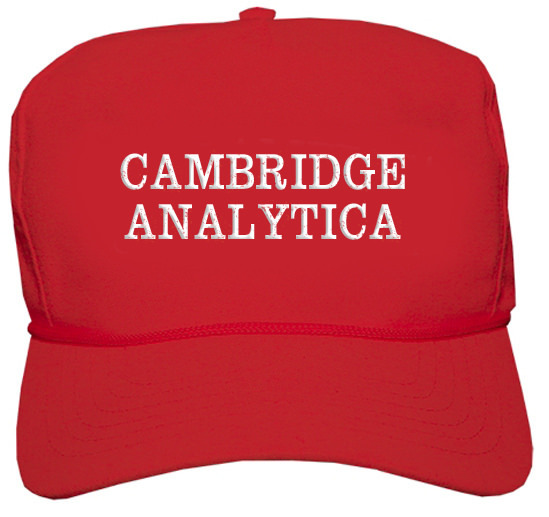 Facebook's users have wildly different expectations about privacy and security. What may look like inadequate oversight in some places may be considered an overreach in others.