Why is gender equality in business so important? It is inherently good for both men and women to benefit from equal opportunities but it would be naïve to think that this is the case – for now. Chandran Nair, founder of The Global Institute for Tomorrow, discusses why equality is more than just a matter of metrics or purely having women fill men’s jobs.

Some would argue that we promote gender equality in the belief that it will generate “better” businesses, those that take into account segments of the population previously neglected; that treat their employees, stakeholders and customers with respect; and, ultimately, behave better than their male-dominated counterparts.

It has become common and somehow “politically correct” to state that the simple fact of having more women in leadership positions – whether running their own business or being promoted to senior management – will achieve gender equality, to the point where the metric of “XX women in leadership positions” is treated as evidence of a deep progressive social transformation.

Let’s take a critical look: if women emulate the negative business practices of the men they replace – in organisations originally developed by men and steeped in business models of the “era of men” – gender equality may not lead to a more responsible business environment or a fairer world. In the “competitive advantage-driven” environment of business, women can behave just as badly. We need to stop seeking refuge in superficial metrics and question the underlying factors which shape bad or unethical behaviour and failure in business. A female writer at The Atlantic suggested that if women can only reach leadership positions by acting like men, we cannot expect “gender equality” to improve businesses. This is why we need to stop using irrelevant metrics promoted by business magazines, and now even mandated by some governments, referring to the number of women in boardrooms.

Women – and men – are often confronted with a business and market ecosystem that has thrived and still lives off unethical behaviours: ignoring stakeholders, winner-take-it-all dynamics, divisive competition, socially destructive advertising, public relations at the expense of facts and truth, externalising costs, under-pricing both resources and consumption, and unsustainable resource management, to name a few. Women in industries such as tobacco, junk food/fast food, finance or even fashion are likely to act just as badly as men due to the dominating culture and the metrics of growth and success. Unless this evolves, I am not convinced that a female boss would be able to make better choices than men, even if she knows better. A female entrepreneur that would try to alter this – perhaps by stopping a product line that is socially destructive, increasing prices to account for externalities, or ensuring that workers and suppliers are treated more fairly throughout value chains – will be caught by the effects of the market and punished. There are far too many female CEOs who, in their business decisions, are no different from their male counterparts.

It is true that the fresh perspectives and ideas women bring to business are much-needed, not least because they have been excluded for so long in stuffy male environments. However unless they actually are allowed to thrive and have their views lead to change, not just within individual companies and businesses but also along the entire value chain, they will not have the impact we want.

We can see what emerges when women’s contributions are not just heard but actually listened to as part of the leadership programmes we run at the Global Institute for Tomorrow. We consistently encourage our corporate clients to nominate more women to join our programmes, typically a quarter to a third of our cohort. We are not inviting them to send a superstar with an MBA who may become the next CEO or business unit head but a competent professional, who is intellectually willing and able to understand the inherent contradictions and new challenges facing the business world today, and be prepared to challenge these norms rather than just fit in, tick all boxes, climb the ladder and be a leader in a conventional sense.

Our programmes expect participants to work together to create a set of recommendations for our project partners – social enterprises, NGOs, regional businesses and even local governments – that are all trying to solve development problems by embracing new business ideas beyond dependence on aid and charity. Participants create a business solution that is sustainable, financially viable, ethically robust and socially beneficial.

In practice, this means that participants need to work closely together to challenge conventions, unlearn orthodoxies and come up with new ideas, business models, financial projections and ways to account for externalities and social change. They are told their output will actually be implemented by the partner, an even greater incentive to outdo themselves.

Whilst some women taking part in these activities are still constrained by a rather narrow vision of societal progress, we have consistently noticed that the higher the proportion of women, the higher the quality of both discussions and outputs, once they become comfortable in the “safe environment” the programme provides. In discussion sessions that precede our time in the field, women are often the ones most assertively challenging established thinking, especially when stated by a more senior male participant. When they develop the output, we always seek to give these participants the chance to safely state their views and opinions and ensure they are reflected in the final output.

Giving both women and men the chance to not only share different opinions but also explore how they might come to fruition in reality is, perhaps, the way forward to give true meaning to equality and diversity. Creating false metrics based on headcounts in management and boardrooms misunderstands the role gender equality can play in making business better. 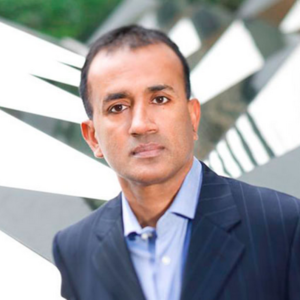