Many reports are still showing that gender inequality exists in all countries, affecting every aspect of women’s lives. Ilana Gerson, associate Professor of Anthropology, Indiana University and Amy Cohen, Law and Development scholar at the Moritz College of Law, Ohio State University, examine whether closing the gender gap is enough in the new world of work.

When Ilana Gershon was researching how hiring in corporate America had changed over the past 15-20 years, older white men kept explaining that they now grasped what it meant to have one’s body be used against you on the job market. Tired-looking men in their 40s and 50s would state that they finally understood what women and people of colour had been experiencing for years. They had heard women talk about discrimination, they understood it intellectually. But now, middle-aged and faced with a strong bias in the job market against ageing bodies, they knew in a visceral way what it meant to have one’s very body be the cause of social failure.

This heartfelt realisation came in part because the structures of employment have changed so much in the past 30 and 40 years that people’s life trajectories have become unpredictable. Decades ago, when you chose a white-collar career, you thought you were also choosing a predictable path towards success. You might join a company and hope to be promoted in that company at a reliable tempo. If you were not, you might look around for a company where you would. If you decided to become a lawyer, you knew the path of success through a law firm. Nowadays, the people Gershon interviewed had no such clear path in mind. On average, they had switched jobs four times in the past 10 years, and some were living from contract to contract. And as they got older, the gaps between jobs got longer and longer. The savings they had accumulated while they were getting paid would dwindle, and they began to worry how they would pay their bills. Thus while not consistently poor, it is not surprising that 61.8 % of Americans will experience a year living below the 20th percentile of income over the course of a lifetime.

As Gershon describes at length in her book Down and Out in the New Economy (Chicago 2017), this is largely the result of a neoliberal restructuring of how corporations function, and a subsequent re-imagining of what it means to be a worker in the first place.  People now see themselves as a business that they have to manage – the CEO of Me, Inc. – and think of the employment contract as a temporary contract that they will get by persuading employers that they are the right bundle of temporary solutions to market-specific problems. The employment contract no longer revolves around company loyalty. The emotion that is supposed to connect employee to employer is passion. And as many feminists have pointed out over the years, passion is a fickle emotion to attempt to hang any form of financial stability upon. To have a career, employees are now supposed to hop from company to company, from job to job, stringing these along in such a way that quitting for another job becomes the motor that drives a career. But this quitting or transition between companies becomes more and more of an obstacle course the older one gets.

We were asked to reflect on how this neoliberal restructuring of corporations affects women. As the OECD carefully documents, significant gender inequalities persist in the economies of all countries. Gershon’s fieldwork, however, suggests an opportunity to frame this pressing political question in a different way. Men are suggesting they feel like women, namely, that they feel subject to increasing vulnerabilities, insecurities, instabilities and discrimination in the workforce. In the United States, this logic once motivated reform. In the 1930s, New Deal policy makers enacted laws to protect labourers who were understood as victims of markets made unstable because these markets were regulated by corporations unchecked by states. These laws created, for example, old-age insurance and unemployment compensation schemes, institutions now under attack in many OECD countries. During the New Deal period, reformers reasoned that men had become, like women, people who needed specific kinds of background labour protections. As legal scholar Aziz Rana explains, reformers “presented the historical dependence of women not as an exceptional status” but instead “as typical of the general position confronting all Americans. Regardless of gender or race, citizens faced assorted economic and social crises that could be addressed only by state supervision.”

Unfortunately, the labour and social welfare reforms that followed in the United States both reflected and reproduced pre-existing gender inequalities. But the example nonetheless illuminates possibilities for our present political moment. It suggests that today the challenges of social and economic inclusion lie not simply in closing the gender gap—that is, making women more like men in the new world of work. Rather, the new world of work suggests that many obstacles women face have once again become generalised. What Gershon has called the quitting economy makes uncertainty and insecurity a basic feature of economic existence, even among the white-collar workers of OECD countries. Of course, in today’s new post-Fordist economy, what workers need in order to pursue productive and stable careers differs from the regulatory inventions that they needed a century ago. But the challenge of making the world a better place for women is, yet again, the challenge of making the world a better place for all.

Read Chapter 23: Going digital: The future of work for women taken from the OECD report The Pursuit of Gender Equality: An Uphill Battle 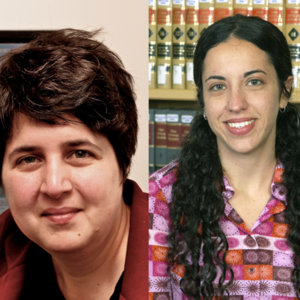