With women still under-represented in STEM fields, there is much work to be done to achieve gender equality in education. Celia de Anca, Director of the Center for Diversity, IE Business School, explores how we as a society must move beyond our unconscious biases and develop an inclusive mindset.

“Education expanded my knowledge, helped me face my troubles with an open mind and gave me the ability to look at life with a better perspective. It empowered me because I knew that even if life snatched away everything else, knowledge would always help me re-start”.

This is the value that Madhumita Das attaches to education after a difficult life journey that took her from being a homeless girl on the streets of Calcutta to a graduate from IE Business School. She now works at Smartick where she helps teach mathematics to young children through artificial intelligence.

She shares how much she hated the first day of school but, once she understood the first book she had ever read, Cinderella, she just could not stop: “It opened up my world! I was in awe to experience such beauty just through words. And then I started reading. Reading anything and everything I could get my hands on”.

Madhumita had an uncertain future when she was born as a poor woman in India, where many women like her own sister were sold in their early infancy. Education has helped her to develop her inner qualities, and to use her mind, body and heart to contribute to society: something that neither her sister nor millions of other women with talent, ideas and imagination were given the opportunity to achieve.

The good news is that Madhumita is not an exceptional case. The findings of the recent OECD report, The Pursuit of Gender Equality: An Uphill Battle bring plenty of reasons for hope, including the fact that by 2014 gender parity in access to primary, lower and upper secondary education, with some exceptions, had generally been achieved worldwide.

Because, in reality, the picture is not so bright. The report also highlights some gender inequalities, including the fact that women continue to be poorly represented in lucrative science, technology, engineering and mathematics (STEM) fields; a GMAC survey shows that the student bodies of executive MBA programmes have on average only been made up of 33% women over the past five years. This gap in key educational areas leads to other labour market inequalities, such as the fact that less than a third of all managers across OECD countries are women; that when women enter the labour force they are more likely to work part-time and less likely to advance to management leadership positions; and that women earn less than men.

Some of the underlying reasons for gender inequalities can be identified as stereotypes, lack of work-life balance policies or a lack of opportunity. But research also shows that women are not gravitating to positions of leadership due to internal dilemmas they face in overco­ming their unconscious beliefs and values. This not only affects them at an individual, professional level but also as a group and the way it is perceived by the organisation.

Educating women and men to identify their internal unconscious barriers derived from past normative models is the final frontier to achieving equality. As women and men first adopted separate roles more than 10,000 years ago, they face dilemmas – and some­times a sense of guilt – when they make choices that seemin­gly breach the rules that society imposes on their gender. Courageous women in the 19th century broke down boundaries and opened up the way for others to conquer the male-dominated world of work; some courageous men in the 21st century are rising to the challenge of adjusting to a new distribution of roles, including in nurturing and caring, and are a model for other men to follow.

If the internal barriers related to social norms were to disappear, people in Madhumita’s environment would not think that educating women is a waste, and more fathers in every culture would encourage their little girls to become scientists or businesswomen. In her own words:

Madhumita’s case touches us not only because it is a story of social justice, but also because we need every girl and woman out there to help build a better society. The reality is that gender equality is not just about individual achievement but also about the survival of society, as Spanish Muslim philosopher Averroes stated, as early as the 12th century, calling on men not to be ignorant of women’s abilities at the risk of such societies ending in poverty. The more women study STEM subjects, finance, and management, the more women will be able to enter organisations as leaders; the more women are in leadership positions and competitive programmes, the more researchers and faculty will understand the specific challenges women face in these fields; the more these challenges are known, the more learning tools can be adapted to women’s needs. And most importantly of all, classroom discussion will be far more interesting and rich. Common sense tells us that it is necessary to have women working alongside men to build a better society.

Read Chapter 8: Boys fall behind at school, but catch up shortly thereafter taken from the OECD report The Pursuit of Gender Equality: An Uphill Battle 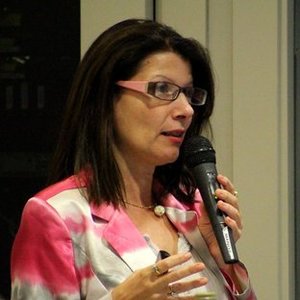 Director of the Center for Diversity, IE Business School

Dr. Celia de Anca is currently the Director of Diversity at IE Business School where she is also the Director of Centre for Diversity in Global Management at IE Business School and the Saudi-Spanish Centre for Islamic Economics and Finance at IE Business School,. She was previously the Director of Corporate Programmes at the Euro-Arab Management School (EAMS), Granada. She has also worked for the Fundación Cooperación Internacional y Promoción Ibero-América Europa. (CIPIE) and at the International Division of Banco de Santander. She has a master’s degree from the Fletcher School of Law and Diplomacy (Boston), and from the Universidad Politécnica de Madrid. She holds a degree and PhD from the Universidad Autónoma de Madrid, with a comparative thesis on Islamic, ethical/ecological investment funds and on the London Market. She is the Author of Beyond Tribalism, Palgrave McMillan 2012, and co-author of the Managing Diversity in the Global Organization. Macmillan 2007. She had articles published in specialised journals, in addition to regular articles in the press. She was an external advisor of the Merrill Lynch’s Diversity & Inclusion Council up to 2009. She has been a member of the Executive Committee of IE Business School from 2005 to 2015. She is a member of the Ethics Committee of InverCaixa’ s Ethics Fund, Spain and a member of the International Scientific Committee of the University Euromed in Marseille, France. Member of the FAA Accreditation Panel for Islamic Finance (Malaysia) since 2017. She has received the award of the women executive of the year 2008 by the Business Women Association of Madrid. (ASEME) Ms. de Anca is fluent in Spanish, English, French and Arabic. . Prof. Celia de Anca is listed at the 2013 top50 thinkers ranking of global management thinkers http://www.thinkers50.com/biographies/celia-de-anca/.
Follow