The Europe we want?

As countries across Europe celebrate the centenary of the right to vote for some women, it is remarkable to see how far we have come in strengthening women’s rights over the past century. Joanna Maycock, Secretary General of the European Women’s Lobby, explores both the progress that has been made and the penalties that remain in Europe’s journey to gender equality.

Equality between women and men is one of the European Union’s “founding values” and, as the largest alliance of women’s organisations in Europe, the European Women’s Lobby recognises the importance of efforts it has made. The women’s movement has been a pivotal player, collaborating with governments, trade unions, businesses and EU institutions to drive real and lasting change in the lives of women and men throughout Europe.

Even so, gender equality in Europe has stagnated and even gone backwards in some areas: the most recent edition of the European Institute for Gender Equality 2017 Index (GEI) showed that women are still very much treated as second-class citizens.

Regarding work and money, the effects of austerity continue to have a detrimental impact on women’s lives. Entrenched gender stereotypes result in occupational segregation in the labour market as the sectors where women work are undervalued and underpaid. Women’s life-long earnings are lower than men’s by almost 40% which, in the long term, impacts their economic independence and heightened exposure to poverty. As the #MeToo campaign has recently brought into the public eye, women are much more likely to face discrimination at work. They are more likely to take jobs that are low paid and low status. Throughout Europe, women continue to experience lower employment rates, with higher levels of (involuntary) part-time work. Women are much more likely to live in poverty, even if they are in paid work. There is a double or triple ‘penalty” for women with disabilities, migrant or minority women.

When it comes to power in the EU, men continue to hold more than 70% of seats in national parliaments and over 80% of ministerial positions; further, they dominate leadership roles at powerful central banks and finance ministries as well as the top positions of the largest companies, where only 4% of top positions are held by women in the EU! Where there has been progress, for example in corporate governance, this is in large part due to pressure from women’s organisations and the introduction of specific legislative measures such as gender quotas.

Significant gender gaps in engagement in housework exist across all social groups, with only a third of men engaging daily in cooking and housework. The burden of unpaid and low-paid care work continues to rest on women’s shoulders – especially on migrant and minority women. This, in turn, means that women simply have no time to be able to invest in paid work and political participation. This Gender Time Gap is deeply rooted and is getting worse.

It’s about time! It is time for a reinvigorated political impetus to put women’s rights and gender equality at the centre of the EU project. It is time for urgent action on European and member state level through:

We know what works, we know what to do to change the situation and we know what is possible: this is simply a matter of political will! We need a massive programme of investment in women’s rights. We know it is not just possible to achieve gender quality but it is also necessary for happier, healthier, more equal and more sustainable societies.

We are hopeful: hopeful about strengthening the power and voice of women to shape the future of Europe. In particular we have been, and continue to be, inspired by the depth and breadth of advocacy and mobilisation of young women in Europe. They have understood that, at this rate of progress, they will not see equality in their lifetimes. This is simply not acceptable. Together, we will not wait another century for true gender equality.

All data taken from the Gender Equality Index 2017. 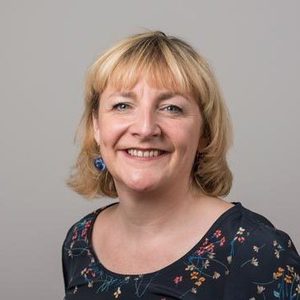