As Prime Minister, my job takes me all around New Zealand, and every day I meet women from all walks of life. New Zealand women are diverse: we come from different backgrounds, and our experiences, needs, and priorities are all different – but they are all important, and all worth being heard.

But it’s also important for us to recognise there is still much progress to be made – and I’m proud our Government won’t shy away from that fact.

In New Zealand, more women are engaging in paid work; we have more women gaining qualifications than men; and we’re getting better at recognising the incredible harm caused by violence against women and girls.

However, there are still significant areas in the workforce and in wider society where women are disadvantaged, or at greater risk of harm. Some groups of women, particularly Māori and Pacific women, continue to have poorer outcomes relative to others. This isn’t right – and it’s something this Government wants to change.

Women in the workplace – and beyond

That means that, in this area, there is a lot of work for our Government and future governments to do. We need a more agile and flexible work force – so there is real potential for New Zealand’s female workers to address current and projected skill shortages, and for women to achieve greater economic success, and increase the well-being of their families. We’re also committed to addressing gender disparities, and improving the lives of New Zealand women and girls. We want to ensure women’s skills translate into greater career opportunities and development in the workplace.

So, how will we do this? We’ve actually already taken a few important steps, including extending paid parental leave and providing increased access to flexible working arrangement for all New Zealand workers. We’re also committed to a legal regime that allows pay equity, and to eliminating the gender pay gap within the core public sector with substantial progress in this Parliamentary term. Work is underway to ensure the wider public and private sectors are on a similar pathway – and we’re pleased to see companies in the private sector also taking a lead on this issue.

Education will also play a big part in reaching our goals. At first glance, it’s an area where women appear to be doing well. Fewer girls leave school without any qualification than boys. Six out of every ten tertiary qualifications, including bachelor degrees, are attained by women. However, not enough women are qualifying in high-growth areas such as engineering or IT, where barely a quarter of graduates are women.

It’s time for us to encourage more girls into education in the science, technology, engineering, and mathematics (STEM) fields, and work in occupations where high growth is projected and where women are currently underrepresented (like ICT, construction and trades). We must make sure that young girls know they can do whatever job they set their minds to, and that there are no limits for their careers.

Looking further afield, our Government is committed to applying a progressive and inclusive lens to our international trade policy, including improving women’s access to the opportunities that cross-border trade and investment flows provide, and improving women’s economic empowerment. During my visit to the Pacific this week I have been privileged to meet with a range of impressive women, and announced a NZ$6.5 million contribution to small business development in Samoa which will foster women and youth entrepreneurs.

Domestically, this Government is committed to improving women’s safety. We know that women make up the majority of domestic violence victims, and the #MeToo and #TimesUp movements have seen a significant awareness shift in sexual harassment.

I’m incredibly proud to be New Zealand’s third woman Prime Minister, and it’s fantastic that we also have women currently holding the roles of Governor-General and Chief Justice. We also have the highest ever number of women in our Parliament (47 women out of 120) and the highest number of women on state sector boards (45.3%).

This year we are celebrating a very special anniversary in New Zealand: the 125th anniversary of women’s suffrage. In 1893, we became the first country in the world in which all women gained the right to vote in general elections. This success came at the end of an enormous struggle by the amazing suffragists who championed social change in New Zealand – and whom we remain immensely proud of, and grateful for.

There is much we can learn from the suffragists in the present day – not least how important it is to always stand up for what is right. They also show us that we all have a role to play. We can influence women and girls around us to achieve their full potential, with no gender-based barriers. We can also teach our men and boys to be respectful; about informed consent; and to strive for gender equality.

In our families, workplaces and communities, we can ensure that we are giving equal opportunity to girls and boys, and women and men. I encourage everyone to be inclusive in their approach.

New Zealand maintains a strong and consistent voice for women’s rights and empowerment. We’ve come a long way, and I am proud of that history, but we also recognise that there is still more to be done if all women and girls, in New Zealand and around the world, are to enjoy equal rights. And we’ll do our bit to make that happen. 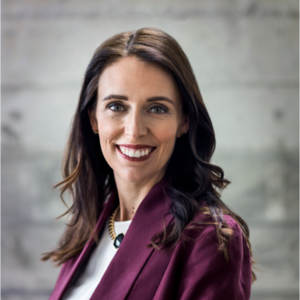