OECD Secretary General, Angel Gurría, put the argument for gender equality succinctly in his foreword to the OECD report, The Pursuit of Gender Equality: An Uphill Battle:

“Gender equality is not only a fundamental human right. It is also a keystone of a prosperous, modern economy that provides sustainable inclusive growth. Gender equality is essential for ensuring that men and women can contribute fully at home, at work and in public life, for the betterment of societies and economies at large”.

I wholeheartedly agree, and I am proud to be part of a government that has made gender equality one of its top priorities.

We want a country, and a world, where women and girls are valued and empowered; where they have control over their own lives and can participate fully in all decisions relating to their homes and the society they live in; where they can contribute to, and benefit from, development and economic prosperity; and where they can enjoy full human rights and live free from discrimination and violence. But we cannot achieve these goals without confronting the issue of gender inequality on multiple fronts, both nationally and internationally.

In Canada, Prime Minister Justin Trudeau introduced his government in 2015 with a bold declaration of equality: a gender-balanced Cabinet. For the first time in our history, an equal number of men and women are at the apex of government decision-making at the federal level. We have also introduced legislation that aims to increase women’s participation on corporate boards and in senior management. These are essential steps forward, but there are more we must take.

The Government of Canada recently presented Budget 2018 – Equality + Growth: A Strong Middle Class. Its title is an acknowledgement that gender equality is not just the right thing to do, it is also the smart thing to do. Evidence clearly shows that when we invest in women, we strengthen the economy for everyone, so we are taking a leadership role in addressing some of the long-standing barriers to gender equality. This includes making substantial investments to better support women entrepreneurs, introducing measures to encourage parents to share the work of raising children more equally, making intersectional gender analysis a permanent part of the federal budget-making process and implementing a Gender Results Framework that will help guide decision-making and measure the government’s progress on fostering an economy that works for everyone.

We are also tackling the gender wage gap. This is complex and requires a wide range of interventions. We are bringing in new, proactive pay equity legislation and pay transparency measures for the public service and federally-regulated private sector. Women should receive equal pay for work of equal value, and the federal government will lead by example.

We are also providing direct financial support to families through measures like our Canada Child Benefit; improving paid maternity and parental leave, and caregiver benefits; expanding supports for women’s education and training in under-represented fields, such as the skilled trades, as well as in occupations needed for an innovation-focused economy like jobs in science, technology, computing, mathematics and engineering (STEM); implementing an Early Learning and Child Care Framework that will support approximately 40,000 child care spaces over the next three years; and supporting more flexible work arrangements so more women can stay in the labour force.

But our work is far from done. The #MeToo and #TimesUp movements, and the recent global Women’s Marches, remind us that inequality – and in particular, sexual assault and harassment – remains a systemic problem. On this front too, our government is committed to leading by example and ensuring federally-regulated workplaces are harassment-free environments, where all workers are safe and able to contribute to their full potential. We are doing this by introducing new legislation with stronger protections for employees.

Lastly, we are committed to a progressive trade agenda that recognises the relationship between trade and gender, and creates more opportunities for everyone, including women and Indigenous peoples. This past June, we became the first G20 country to adopt a gender chapter within a trade deal when we modernised our trade agreement with Chile. We also championed the Joint Declaration on Trade and Women’s Economic Empowerment at the WTO meeting in Argentina this past December. Integrating gender-related considerations will ensure women can better benefit from trade agreements in entrepreneurship, in business and in the labour force.

It is International Women’s Day on 8th March, and the Canadian theme for this year is #MyFeminism. It is a chance to look back at where we have been and to celebrate the legacy of the feminist heroes who got us to where we are today. Because of their hard work, advocacy and demonstrable, measurable impact, we proudly declare ourselves a Feminist Government. But, equally as importantly, it is also a chance for us to look forward to a future in which we have replaced the “uphill battle” for gender equality with a clear and level playing field for all of us, everywhere. 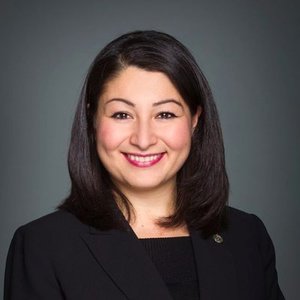 Minister of Status of Women, Canada