Should developed countries pursue prosperity for its own sake or aim at converting their wealth and growth into well-being of their populations? Michael Birkjær, Analyst at the Happiness Research Institute, discusses how to measure well-being and asks if GDP alone is enough to define it.
Michael Birkjær
Senior Analyst, Happiness Research Institute
Follow
Liked by Julien Hamou and 1 other

Happiness rankings are often based on national averages of answers to questions like ‘How satisfied are you with your life as a whole on a scale from 0 to 10?’ According to the World Happiness Report 2017, Norway, Denmark, Finland, Iceland and Switzerland are among the happiest countries in the world, while Syria, Burundi, Tanzania and the Central African Republic are predominantly characterized by misery. The difference in happiness between the highest- and the lowest-ranking countries is mainly ascribed to factors like social support, generosity, personal freedom, freedom from corruption and life expectancy, while the best factor to explain the happiness variation between these countries is GDP per capita. However, this is not to say that increases in wealth will continuously convert into well-being. It is important to keep in mind that each of these factors are related to differences by country and neither takes into account the variation within a country nor the fact that national growth has a diminishing return on a population’s well-being. Further, it can be argued that many developed countries are closing in on a cut-off point between happiness and prosperity where increases in GDP have little to no effect on people’s well-being. As a matter of fact, several Western countries have been subject to a stagnation or significant decrease in the average level of well-being of the general population over the last 10 years despite reporting economic growth (measured as GDP per capita) during the same period. This for instance (and in particular) applies to the United States.

I believe it is fair and necessary to question whether GDP alone can guide promotion of well-being in developed countries. Thus, if we accept the premise that the ultimate goal for governments and societies is to increase the well-being of people – or at least ensure the possibility for the many to live a good life – then we need to raise serious questions about our political priorities and visions for progress. And these visions most likely go beyond what GDP alone has to offer.

Several studies are already shedding light on the topic of well-being inequality. Here at the Happiness Research Institute, together with Leo Innovation Lab, we have lately been exploring the link between well-being and chronic diseases; our work led to the publication of the World Psoriasis Happiness Report 2017, a cross-national study aiming to uncover the factors impacting the subjective well-being for people living with psoriasis, a disease that more than 100 million people are suffering from worldwide. Among other insights it was concluded that a vast number of these people were subject to high levels of stress and often experienced or lived in loneliness. By assessing their well-being levels and benchmarking these numbers against the general population, we were able to provide a notion of well-being inequality induced by psoriasis. Interestingly, these numbers showed that well-being inequality was most widespread in countries such as Denmark, Norway, United States, Australia and the United Kingdom.

Further, in the World Happiness Report 2017, Andrew Clark, Sarah Flèche, Richard Layard, Nattavudh Powdthavee and George Ward contributed with an important piece that mapped out the primary causes of human misery. Looking across essential factors such as income, employment, health and family life they were able to show how much a difference in each of these factors changed the happiness of the person affected. The study goes on to show how mental health problems are one of the greatest causes of well-being inequality, by explaining how a hypothetical elimination of mental health issues as a factor in society would improve general happiness more than eliminating poverty and unemployment combined.

It is of course up for discussion to which extent GDP as a measurement should drive social progress: as it fails to capture all the things important to the lives of people, the information offered by happiness research, and in particularly well-being metrics, becomes increasingly valuable and important. As the return on well-being from GDP diminishes, it makes sense that bridging divides in well-being emerges as the new imperative for social progress.

Find out more about the Happiness Research Institute

Michael Birkjær
Senior Analyst, Happiness Research Institute
Follow
I have a personal and professional interest in how happiness research can be used to assess societal inequality, societal progress and the quality of healthcare, as well as on how well-being metrics can guide private and public decision-making. This includes developing and applying well-being tools that are able to provide the same decision guidance as conventional tools, but with a stronger reliance on the experienced well-being of people. I'm a frequent speaker at a variety of conferences and seminars on happiness around the world. I hold an MSc in Political Science from the University of Copenhagen 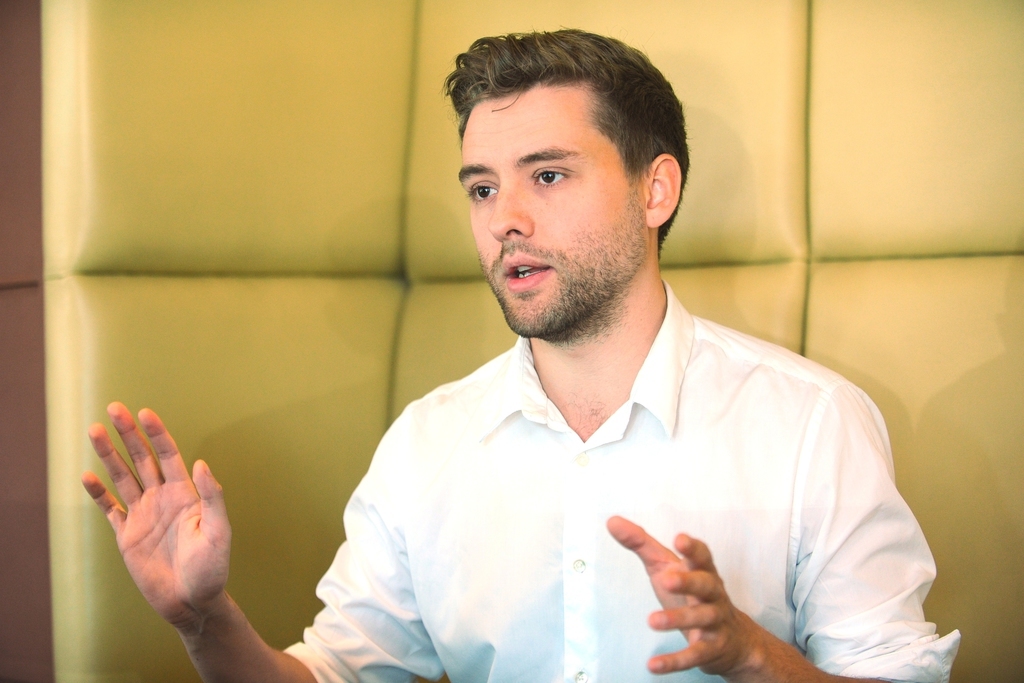 Should developed countries pursue prosperity for its own sake or aim at converting their wealth and growth into well-being of their populations? Michael Birkjær, Analyst at the Happiness Research Institute, discusses how to measure well-being and asks if GDP alone is enough to define it.