At the last edition, in November 2017, we had 14 sessions covering subjects ranging from wealth, complexity in economics, and the future of money to Brexit and prospects for the National Health Service. Jargon is banned and the majority of time is devoted to audience questions. Luckily, there are plenty of academics who, much as they might feel nervous about exposure in a public event of this kind, believe this communication is important. Indeed, hearing the questions preoccupying the audience can inform research in its turn. At a minimum, you learn what the salient issues are for the public.

Perhaps it is because we seem to be living in such turbulent times, but there are many citizens who want opportunities to engage in serious debate. I have always thought it essential for economists to explain our analysis and results because economics plays such a prominent and influential role in public policy. The more vocal that criticism of the subject becomes – as it has, understandably, in the years since the financial crisis – the more important it is for those of us in the profession to engage with our critics and with citizens in general.

We had high-profile speakers including Nobel Laureate Jean Tirole and the OECD’s former chief economist Catherine Mann. Altogether, there were well over 4,000 participants, from students to pensioners and all ages in between, and some even travelling from overseas. The numbers speak for themselves regarding public appetite to understand what is happening in the economy.

The Festival also includes a schools’ day, before the formal programming, run by academics from the University of Bristol and elsewhere. The aim is to inform pupils aged 15 to 17 about what economics involves, and perhaps encourage them to make it their choice when they apply to university. Pupils from seven local schools completed tasks, played interactive games and had the chance to ‘Meet an Economist’, speaking to some practitioners from different jobs: the Government Economic Service, the City and journalism, as well as think tanks and research organisations.

All of us involved in the Festival are passionate about widening the participation in economics. The male domination of the subject has been in the news a lot lately, but other aspects of diversity matter, too: as a social science it will wither unless it is sufficiently representative of society.

Economics is too important to be left only to economists.

Most sessions from the festival, which is organised by the Bristol Festival of Ideas, were recorded and are now available to listen online. 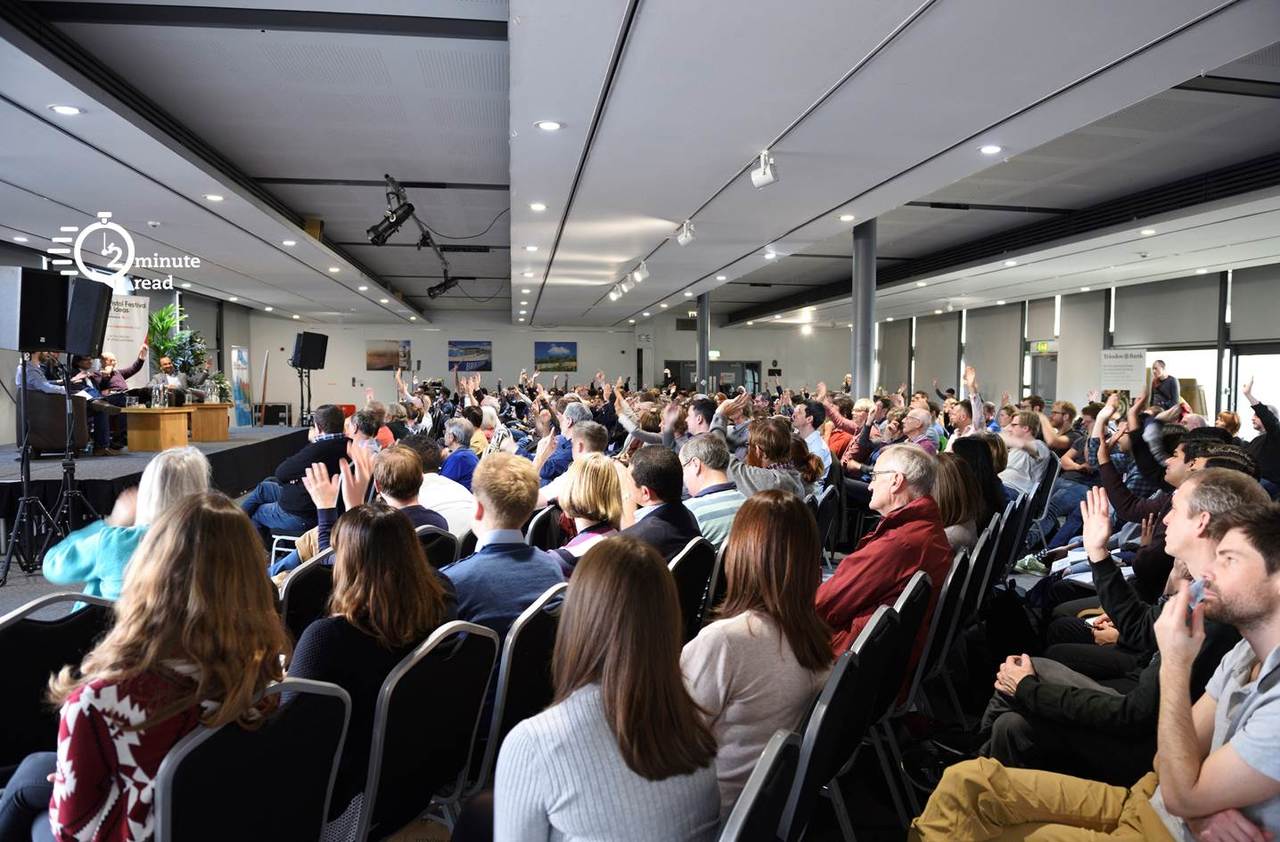 Every year since 2012, economists and other experts gather in Bristol, United Kingdom, to debate with each other – and their audiences – some of the key economic questions of our time. Diane Coyle, Bennett Professor of Public Policy, University of Cambridge, describes her latest experience as Director of the Festival of Economics