India’s sustained average growth rate of 7% over the last decade has not been accompanied by sufficient growth in employment. While half of India’s population is below the age of 26, the increasing demand for jobs is not being met by the creation of sufficient new economic opportunities. The annual demand for new jobs in India is estimated at 12-15 million, leaving India with a shortage of between 4-7 million jobs each year. This is further compounded by the 300 million people of working-age outside of the labour force. India’s official unemployment rate of 3.5% masks the magnitude of the jobs crunch.

The extent and severity of poverty in India provides further impetus for addressing the jobs challenge. One in five people live on less than USD 1.90 per day, and more than half of the population lives on less than USD 3 a day (2011 PPP). High rates of employment in low-skilled, low-wage and low-productivity occupations only exacerbate this condition. India has a working poverty rate of 20%. Increasing both individual and household incomes will need to be at the centre of policies designed to address the employment challenge.

Two characteristics of the Indian economy that have historically constrained growth may actually provide new opportunities in the context of a changing economy. The first is a disproportionate share of microenterprises, with 98% of companies employing fewer than 10 workers; the second is the high rate of informality, with 90% of employment generated in the informal sector. In an increasingly digital- and service-based economy these characteristics could, in fact, create efficiencies. Three strategies should be undertaken to leverage these opportunities: upgrading skills and capabilities; supporting microenterprise and self-employment; and creating new models for social protection.

The service sector is providing immense opportunities for job creation in both traditional and emerging sub-sectors. Currently, this sector accounts for 60% of GDP and 30% of employment. Continued growth in domestic and export services is expected it and will be increasingly important in the face of uncertainty in the manufacturing sector, where employment has stagnated at 22%. Changes in manufacturing processes, especially the potential for increased automation, will limit the benefits of labour-intensive growth. Structural shifts in the economy due to digitalisation are altering the kinds of jobs being created and the skills required for individuals to remain competitive. In order to help workers adapt to changing demand, India must develop an enhanced skills development framework. Such a framework should be accessible, driven by demand, linked to employment opportunities and enable individuals to quickly up-skill and re-skill.

The adoption of digital technologies and emergence of digital platforms, such as in e-commerce and digital financial systems, are improving the business viability of microenterprises in India. Additionally, India’s microfirms create direct employment and should be an essential part of its employment strategy. In order to support inclusive growth among micro and small-sized firms, India must improve financial connectivity and reorient its skills development strategy. Further, in order to take full advantage of the employment potential of the digital economy, it is essential to improve and secure digital infrastructure to enable equal access to digital technologies and reduce the digital divide.

As the digital economy begins to generate new opportunities in India, it will be characterised by increased contract work and self-employment. This should be met with new models of social protection and strategies that mitigate risks of shifting labour relations. Social safety nets and social benefits that are typically linked to employment should be accessible to individuals directly. Potential issues such as depressed wages, low productivity, and economic insecurity need to be managed through new policy frameworks.

A changing global economic environment, structural changes to the Indian economy and digital transformations have the potential to greatly exacerbate the employment challenge. At the same time, a major opportunity for India stems from its existing economic structure that is dominated by the informal sector. New digital technologies will allow India to catalyse growth. Given global trends towards informalisation and self-employment, India is at a strategic advantage to avoid substantial structural adjustments.

India has the opportunity to drive growth from the informal sector, while simultaneously creating stronger linkages between the state and individuals through new, digitally-enabled social protection mechanisms. This opportunity will be accompanied by a major challenge: to effectively skill, up-skill and re-skill India’s workforce. The immensity of this undertaking is compounded by the lack of a quality formal education among large parts of the population. It is imperative that India leverages digital technologies to bring workers into the labour force, connects individuals to social protection systems and finds ways to effectively prepare people for a changing employment landscape. 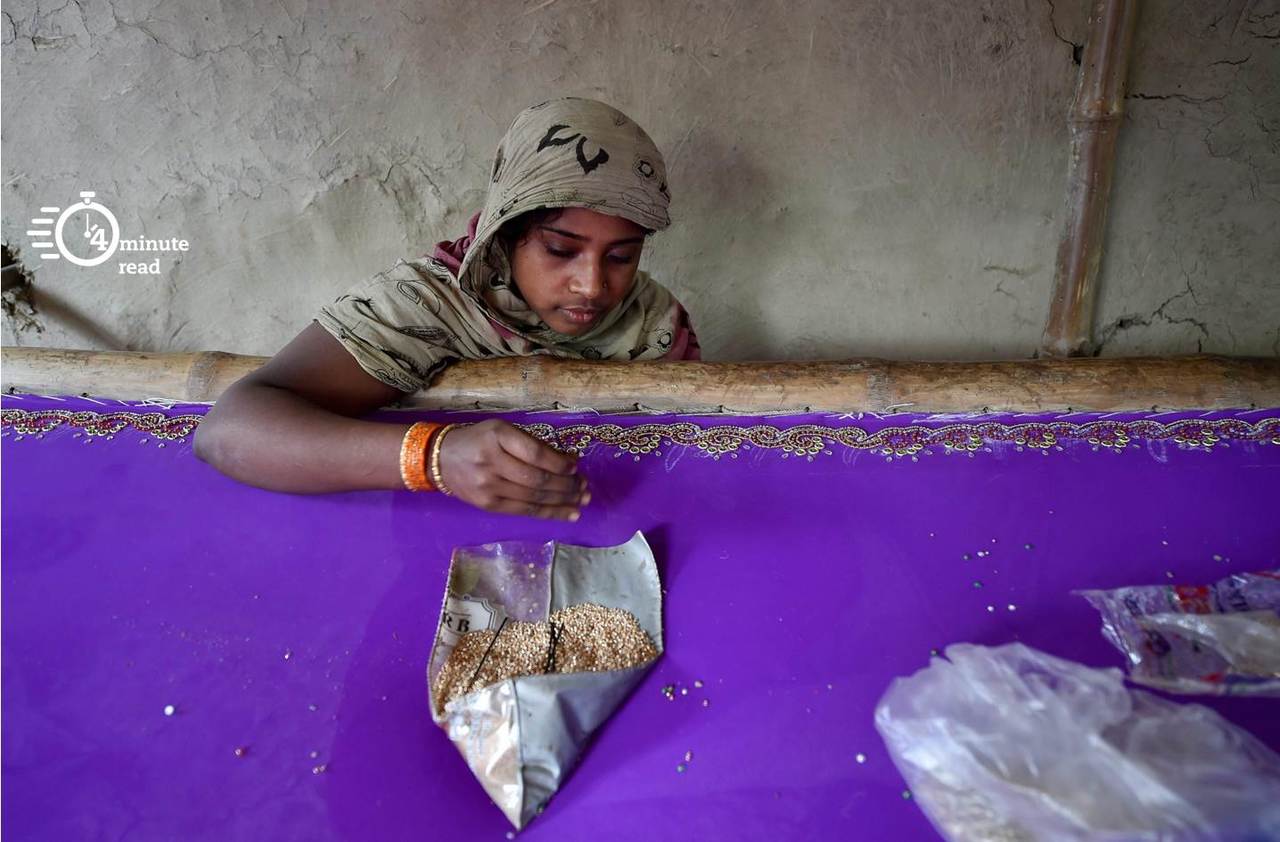 India’s strong growth in recent years has outstripped job creation and poverty remains a key challenge. But in the face of the changing world of work Terri Chapman and Samir Saran, Social Policy Specialist and Associate Fellow and Vice President at India’s Observer Research Foundation, explain how perceived problems in the economy can become opportunities.