How the culture of contradiction have infused the speeches of Modi, Trump & Xi at the World Economic Forum these last two years at Davos
Bhaskar Chakravorti
Dean, Global Business and Founding Executive Director, The Fletcher School, Tufts University
Follow
Liked by Sara Miller

This article is part of the Forum Network series on International Co-operation.

The Harvard political scientist, Samuel Huntington, is most well-known for the idea of a clash of civilisations: Post-Cold War conflicts, he anticipated, would be between clashing cultures rather than between ideologies or sovereign states. Not as well-known is another idea from Huntington: The rise of the Davos Man, a new breed of elite who has “little need for national loyalty, view(s) national boundaries as obstacles that thankfully are vanishing, and see(s) national governments as residues from the past whose only useful function is to facilitate the elite’s global operations.” Davos is, of course, where such men (and, alas, they are still mostly men) brave bad weather and even worse traffic to congregate every January; the latest congregation concluded just last week. Since the news media loves to follow celebrity, there are few places that garner as much interest, especially remarkable for how little actually gets done there. What is even more remarkable is that the biggest news headlines in recent years were not about the Davos men that congregated on Davos, but about the un-Davos men who gate-crashed the party.

The visionary organisers of Davos, the World Economic Forum, Klaus Schwab and his dedicated team of lieutenants, (full disclosure: I serve on one of their Global Future Councils) have been nudging the Davos narrative in a different direction — towards a collection of transformational technologies — a Fourth Industrial Revolution that enables the Davos Man’s wildest dreams and is inclusive in the benefits it confers on the billions that shall never visit Davos. But the gate-crashing by un-Davos men may be hijacking the narrative.

Last year, all of Davos was in post-Trumpian plus post-Brexit shock and this created the perfect opportunity for the incursion. Chinese president Xi Jinping seized the chance to fill a vacuum and made an unprecedented appearance. It cannot be argued that Xi — the man with more than a dozen governing titles, including president, general secretary of the Communist Party and chairman of the Central Military Commission, core leader, “chairman of everything”… I can go on — would ever entertain the silly idea of “national governments as residues from the past”. Without question, he would fail the test of Davos manhood. His appearance seems to have emboldened others. This year, Xi was followed by two more prominent un-Davos men: Narendra Modi and Donald Trump himself.

None of these men are ideologues in the classic sense. They are the latest incarnations of Huntington’s culture warriors — they are masters of the culture of contradictions. Xi has revived his own form of Maoism, with unchallenged state control, now sauced up with dollops of market- and technology-infused pragmatism. Modi, for his part, embraces Hindutva and foreign leaders with equal vigour and is equally facile at following ancient texts and his WhatsApp feed to check on who has responded to his daily greetings. As for Trump, he is consistent only in playing to the base that brought him to power and to his own base instincts. He can also talk up America like a luxury condo he has developed for the exclusive use of global investors even as he sends strong signals that the condo is not open to the riff-raff, especially from certain continents or certain religions. These are the unDavos Men, who are consistent in their adherence to contradiction.

The culture of contradiction infused their Davos speeches. Most significantly, they spoke of openness while closing doors or building walls back home. Xi said: “China will keep its doors wide open”, Modi, too, dutifully, repeated this year: “We want to open the door.” As for Trump, his most memorable line was: “America first does not mean America alone.” As the condo salesman, he encouraged the Davos men to visit. “Now is the perfect time to bring your business, your jobs, and your investments to the United States.” This is the new language meant to displace that old “Give me your tired, your poor, your huddled masses yearning to breathe free, the wretched refuse of your teeming shore. Send these, the homeless, tempest-tossed, to me” — Emma Lazarus’ sonnet still adorning the Statue of Liberty does seem a tad anachronistic and badly in need of a software update.

Of course, in keeping with their penchant for contradiction, for each of the un-Davos men, the reality they left behind at home was out of sync with the rhetoric in the high valley. While Xi delivered his rapturously received speech last year, China was pursuing its “toughest crackdown on critical voices in two decades”, according to the executive director of Human Rights Watch. Foreign NGOs had to enlist state agencies as official sponsors, and to register with the police. Facebook was still banned, Google was mostly out of reach and Apple was being pressured to take down virtual private network services that would allow users to get around China’s “Great Firewall” to Google and Facebook.

For Modi, the open door rests on rusty hinges. The Indian government, while encouraging foreign investment, combines the policy with many countervailing policies. For example, it will restrict imports into India to drive multinationals to manufacture in India even if the core infrastructure — physical, human and financial — needed to make such operations attractive is still not there. The Davos men are confused by a government that persists with stiff tariffs on imports of products ranging from cellphones, video cameras and televisions as well as on much-needed solar panels.

Trump, of course, is the grandmaster of contradictions. Even if he takes great pride in being the slasher of business taxes and regulations, there seems to be no limit to the number of international agreements that Trump has on his kill list: From the Paris climate deal and the Trans Pacific Partnership, both killed, to the North American Free Trade Agreement, and even the World Trade Organisation. Combine these with his single-minded focus on curbing immigration and slandering immigrants of certain kinds, the suggestion is that America could end up alone if he has his way.

Now, it is not entirely out of place for politicians to say one thing and do the opposite. It’s just that the true Davos men command technologies, capital and jobs and they will move all three across any border if it helps them grow their business and spike profits. They are awed and intrigued by the political leaders who attend gatherings such as Davos, but they also expect the latter to be in sales mode. The contradictory messaging from the world’s two most significant economies and one that aspires to be the third most significant economy in the not-too-distant future, makes the sales pitch less than compelling.

This year’s Davos was held at a time when every major economy is growing. In this environment, it is easy to overlook the cornucopia of contradictions. Next year, we may not be so lucky. The bull run will not last forever. We may witness a culture clash between the Davos men and the un-Davos men crashing their party in coming years. This is a problem up in the Swiss Alps, but it is an even bigger problem when this clash affects the lives of the billions of the never-Davos men and women, who must bear the consequences of stalled global prosperity.

Chakravorti is senior associate dean of International Business & Finance at The Fletcher School at Tufts University, founding executive director of Fletcher’s Institute for Business in the Global Context and Non-Resident Senior Fellow of Brookings India. He is the author of ‘The Slow Pace of Fast Change’. 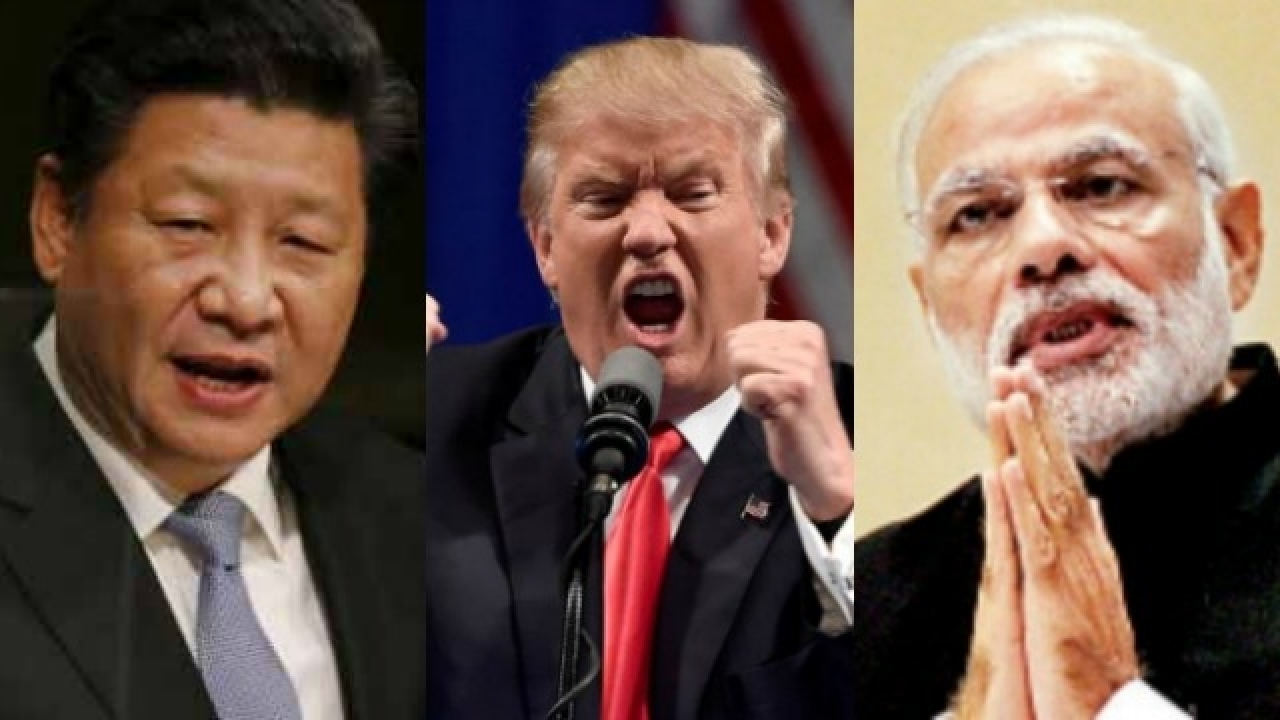 How the culture of contradiction have infused the speeches of Modi, Trump & Xi at the World Economic Forum these last two years at Davos