Pew Research Center recently released a series of reports looking at Americans’ views on the state of gender equality, gender differences and gender identity. Kim Parker, Director of Social Trends Research at Pew Research Center, examines what people in the United States think about the challenges women and men face.

The United States is in the midst of re-examining the role gender plays in its culture. Recent revelations about powerful men harassing and assaulting women in the workplace have highlighted the challenges and inequities women face. Findings from a major study on gender by the Pew Research Center show that, while Americans see gender equality as a laudable goal, most say there are fundamental differences between men and women in their traits and characteristics and in the pressures they face.

Americans see gender differences, but are split on whether they are based on biology or societal expectations

While majorities of Americans say there are differences between men and women in the way they express their feelings, their physical abilities, their hobbies and personal interests, and their approach to parenting, there is no consensus over whether these differences are rooted in nature or nurture. Men tend to attribute them to biology, while women point to societal expectations.

Aside from the traits and characteristics that separate them, the public sees vastly different pressure points for men and women as they navigate their roles in society. Large majorities say women feel a lot of pressure to be physically attractive (71%) and to be involved parents (79%). Far fewer say men feel pressured in these ways. When it comes to men, majorities say they feel a lot of pressure to support their family financially (76%) or to be successful in their job or career (68%). Only about four-in-ten say women feel pressured in these areas.

When asked in an open-ended question what traits society values most in men and women, the differences were also striking. The top responses about women related to physical attractiveness (35%) or nurturing and empathy (30%). For men, one-third pointed to honesty and morality, while about one-in-five mentioned professional or financial success (23%), ambition or leadership (19%), strength or toughness (19%) and a good work ethic (18%). Far fewer cite these as examples of what society values most in women.

These findings come in spite of the fact that women now make up roughly half of the workforce, and a growing share are the sole or primary breadwinner in their household. Meanwhile, men have taken on greater responsibility in terms of housework and childcare, and this is especially true of married men in households where both spouses work full time.

In spite of the fact that most Americans see differences between men and women, many also say that gender roles should be less rigid. About half of all adults say society should be more accepting of men and women who take on nontraditional gender roles, and majorities say parents of young girls and boys should encourage them to play with toys and engage in activities that are typically associated with the opposite gender.

Clearly the public’s views about gender equality and gender roles are complex, and attitudes differ significantly along key demographic and political fault lines. Men and women have different perspectives on many of these issues, as do Democrats and Republicans. This means that as the country continues to debate gender issues, Americans are not all starting at the same place. To see how your own views compare with those of the U.S. public take our quiz. 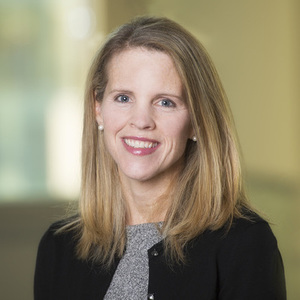 Oversees research on social and demographic trends. Topics include gender; marriage & family; race and ethnicity; economic well being and the future of work; generational change.
Follow

Sacha Christie
over 3 years ago

We are a company that oversees web design in Dubai and this data surprisingly helped us to watch our demographic target group. Thank you!