Case study from the 2017 OECD report: Embracing Innovation in Government

In order to give Colombian expatriates a voice in the 2016 Peace plebiscite and test the potential of Blockchain technology in electoral processes, the tech non-profit Democracy Earth Foundation set up a digital process that allowed Colombian expats, who were unable to vote through the official process, an opportunity to participate in a plebiscite on whether to approve a peace treaty. This process has raised interesting questions for governments about the future use of blockchain in electoral processes, and in the public sector more broadly, and could potentially lead to new ways to ensure the integrity and inclusiveness of the election process.

“Regrettably, the registration of ballots will not be reopened” (El Tiempo, 2016)

These words spoken by the National Civil Registrar of Colombia significantly limited the ability of Colombians living abroad to vote in the historic plebiscite on the peace treaty between the Colombian Government and FARC, held on 2 October 2016. Only 599 026 of the 6 million Colombians living abroad had the right to vote at the consulate of their countries of residence, because they voted there during previous elections. An innovative solution was needed to give more foreign-based Colombians a voice and to challenge the traditional electoral system.

Source: Author’s elaboration based on data from the Colombian National Civil Registry.

Against this background, the tech non-profit Democracy Earth Foundation launched the digital voting platform Plebiscito Digital (Digital Plebiscite) and worked with several civil society organisations to allow Colombians abroad to cast symbolic votes through the platform. The Digital Plebiscite was powered by blockchain technology, testing a new way of validating and authenticating electoral vote. Blockchain is a database that enables the transfer of value within computer networks. This technology is expected to disrupt several markets by ensuring trustworthy transactions, such as casting votes or sending money, without the necessity of a third party (i.e. a public electoral authority). It acts as an open, shared and trusted public ledger that is transparent and cannot be tampered with. Blockchain’s first core use was for Bitcoin, a digital currency not regulated by any central bank that, as of January 2017, has the equivalent of over USD 16 billion in circulation throughout the world.

Besides testing the blockchain authentication process in a voting context, Democracy Earth also wanted to experiment with a different concept of democracy: liquid democracy. Instead of giving citizens the choice between voting “Yes” or “No” to support the peace treaty, each voter could vote on sub-themes of the proposed peace treaty and indicate the relative importance of each one. According to Democracy Earth, “This approach allowed us to identify the deal breaker in the peace treaty”, pointing to the overwhelming “No” among pilot participants to one particular statement of the treaty (see figure above).

According to the Colombian Ministry of Information and Communications Technologies (MinTIC), “Blockchain is an expression of the current trend towards a new kind of collaboration, in this case jointly generated security”. In the current climate of questioning the integrity of election processes, the potential of blockchain technology to radically change traditional voting systems is enormous, because “There’s no more secure technology than Blockchain […] it has already successfully endured several attacks”. As such, governments may come to realise that the security and integrity of electoral processes is not just a matter for state control, but also an area that can be guaranteed collectively, supported by blockchain. Such developments would also have consequences for the accountability mechanisms concerning voting procedures and results

The pilot has launched a discussion in the Colombian media about the potential of blockchain technology for voting and the value of the concept of liquid democracy. The initiative has also been adopted by “The Net Party” (Partido de la Red Colombia), which is now promoting the idea of blockchain voting through social media. In addition, the Centre for Digital Public Innovation (CDPI) of the Colombian Government is looking into the potential of blockchain, which it heard about in the context of this review.

Blockchain could disrupt voting, just as it has currency, and could apply to any democratic government. In Colombia, CDPI supports digital innovation activities by a broad range of societal actors, as long as these are focused on public value creation. It emphasises that success stories are vital for Blockchain technology to receive political support, budget and traction in the Colombian public sector. In this regard, the role of innovative, non-risk aversive public institutions is of key importance. Another innovation strategy would be to leverage private sector and academic expertise to develop new Blockchain solutions in the public sector.

According to Democracy Earth, the involvement of stakeholder organisations abroad was critical for the success of the pilot project. Had these organisations not leveraged their respective networks to reach out and encourage Colombian voters to participate in the project, it would have proven considerably more complicated to test the developed technology.

Both the CDPI and Democracy Earth acknowledge that there is a long way to go before Blockchain voting can become a reality in Colombia, and it will be some time before it can be deployed officially in other countries as well. However, this example shows how a small experiment can point the way towards major potential future changes.

The main identified challenges were the:

Charlotte van Ooijen is a policy analyst in the OECD Unit for Digital Government, Open Data and Data-Driven Public Sector. For the past two years, she has been leading the analytical work on digital government in Colombia and data-driven public sectors in OECD countries. 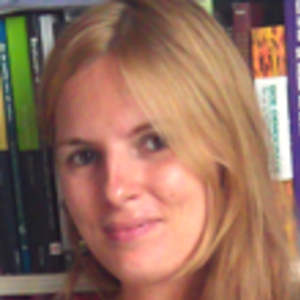