There have always been differences in society but they feel greater today than at any time in the recent past. Minouche Shafik, Director at the London School of Economics, explains why it is time to rethink the social contract.

We live in divided societies: rich and poor, resident populations and recent immigrants, various ethnicities and religious groupings. Globalisation has played a part in these divisions, generating intense competitive pressures beyond national borders. Although there has been a sharp fall in inequalities between countries (largely because of the growth in China), domestically income inequality has increased and wealth inequality has usually grown even worse.

The rise of social media and instant communication has brought us closer while intensifying the sense of ‘us and them’. This is exploited by extremists of all kinds to broadcast their message and build echo chambers for the like-minded. And the rise of populist politicians around the world is a sign that those who feel left behind are getting their revenge at the ballot box.

How do we overcome these divisions? Part of the answer lies in rethinking the systems that bind society together: looking after the most vulnerable and helping people adjust to changing economic circumstances. Societies have always had mechanisms for looking after the young and the old, for spreading income over the life cycle and supporting those who have fallen on hard times. It has always been a combination of family, community and voluntary organisations, the market and the state. These four elements tend to vary across countries and over time, with more advanced industrial economies usually assigning a greater role for the state and the market.

New pressures on the social contract

Part of the reason these systems are no longer working is because they are under new and intense pressures. The cost of looking after the elderly has risen, both in terms of pensions and advanced medical technologies that prolong life; by 2050, the proportion of the world’s population over 60-years old will almost double, from 12% to 22%. In addition, IMF estimates indicate that in most OECD countries, health care spending will grow three to four times faster than pension spending because of the rising costs of these new technologies.

Globalisation and the integration of China into supply chains have put downward pressure on wages in advanced economies. This challenge is less about workers in rich countries versus workers in poorer countries but rather the disparity between capital (which is highly mobile) and labour (which is much less mobile). This gives rise to inequality and a declining share of income and wealth for the typical working family. Technology and automation will also destroy and create jobs faster than workers can adapt. It is predicted artificial intelligence and automation will affect about 50% of jobs within the next two decades. New jobs will inevitably emerge, but this massive transition needs to be managed through new policies and investments in human capital.

Social security for the 21st century

These pressures mean that now is the time to rethink the social contract — embodied in what we sometimes call ‘the welfare state’ — to make it better suited to the demands of the 21st century. To do this, the LSE is launching a research agenda we are calling “Beveridge 2.0”. This coincides with the 75th anniversary of the Beveridge Report which laid the foundations of the welfare state in the United Kingdom, including the creation of the National Health Service and improvements to social insurance, pensions and education. While the United Kingdom has been at the forefront of thinking about welfare, every country in the world today is debating these issues and so our research agenda must be global.

The original 1942 report, named after former LSE Director William Beveridge, identified five “giant evils” to tackle: Want, Disease, Ignorance, Squalor and Idleness. Seventy-five years later, the giants facing the modern welfare state are surprisingly similar: poverty and growing inequality; health and social care for an ageing population; education and skills; poor housing and growing urbanisation; and the future of work. There are also other issues which Beveridge did not consider — human rights, gender inequality and mental health and wellbeing — which need to be taken into account in a welfare state fit for the 21st century.

Redefining the social contract requires us to ask many fundamental questions:

LSE is holding a school-wide festival from 19th to 24th February, 2018 on ‘Rethinking Beveridge’, to debate these questions further. Join us in person or online in what we hope will be a global debate about how we hold our societies together in the 21st century. 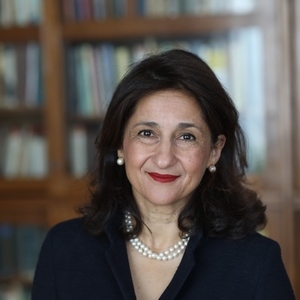