Join a conversation on ways to harness the benefits of technology and innovation for the many.

There was a time when technology was just oppressive and limited

Those of us who have worked in the social sector remember a time when technology was to be avoided. It was expensive, top-down and would break. Leaders in the field regularly warned about broken water pumps, failed laptop distribution efforts, or the arrogant but well-intentioned technologist who would bring a technical solution into the field and stunningly fail, not having considered the cultural context or intermittent black outs.

It is now time to update this narrative because technology – and those who build and use it – has profoundly changed, leading to solutions that are increasingly empowering, people-centered, affordable and scalable. While in the past only the wealthiest or most educated could build and use technology, today billions of people can create sophisticated solutions to their own challenges and improve the world.

In line with Moore’s Law, any technology that is digital will rapidly fall in cost but increase in power. First hints of this phenomenon appeared in the 1990s and 2000s. In 2000, Donors Choose built a website that successfully allowed the public to donate teaching supplies to classrooms. In 2005, Kiva digitised and scaled microfinance, allowing the general public to make microloans to low-income entrepreneurs worldwide. As these and new players entered the scene – some succeeding and some failing – the social sector began to open its mind to technology. And as billions more people joined the Internet, the web went from a one-way information centre to interactive pages and marketplaces, becoming a very efficient way to fundraise and rally change makers.

In 2011, through a programme at Singularity University, I helped launch the Matternet, the world’s first drone transport company that could deliver life-saving medical supplies and lab tests in low-income countries, where people walk miles to clinics. Having seen firsthand the power of exponential technologies to solve social problems, I left my job in 2014 to teach full-time at Singularity University and help nonprofits, international development agencies, governments, social entrepreneurs and others.

This was a turning point for me as I realised that websites and apps alone would not solve social problems: exponential trends in education, information and lower hardware costs made the “crazy stuff” possible, anytime and anywhere: drones, robotics, artificial intelligence, quantum computing, virtual reality, block chain and more. Furthermore, while it used to be considered arrogant to bring a cutting-edge technology to a low-income country, it was now arrogant to assume that local innovators and leaders would neither want this technology nor already be developing their own.

There are now countless examples of cutting edge technologies solving social problems. The United Nations and Amnesty International have used virtual reality to help people better understand the plight of refugees and citizens in war-torn areas. The World Food Programme is reducing costs and corruption by distributing cash transfers to refugees using iris scanning and block chain. A start up in Nigeria, Hello Tractor, has created the “Uber” for tractors. More broadly, self-driving cars, advances in solar energy and batteries, and technological advances in healthcare will also save millions of lives and protect the environment in the coming years.

These developments offer our world a chance to solve its biggest challenges in the next two decades: ensuring every person has access to food, water, shelter, healthcare and education. They do not come without a cost: they are permanently shifting global power structures. They give a voice to anyone, including fake news providers. They make new genetic sequencing tools affordable, ones that could both save or destroy lives.

They also alter the very meaning of leadership and policy making today. How should leaders and policy makers prepare themselves for this new era? I believe we must personally immerse ourselves in the process of technology and innovation and then create policies and opportunities to maximise their benefits, and minimise the risks.

Personally embrace and use technology

As someone who studied history and international affairs and worked in the nonprofit sector my entire career, I never considered myself a “technology person”. This changed in my mid-thirties when I attended a Singularity University programme and stayed up all night building and programming a Lego Mindstorm Robot. It was not only fun, but I learned the importance of teaching myself about the latest technologies by actually using them and working with my peers – even if it was only a child’s toy.

Because these technologies are growing so fast, and because they will impact every facet of our lives, as leaders we must learn about them. How can you do this? Go online and order a drone. Buy $10 worth of a cryptocurrency (and be prepared to double or lose your ten dollars or watch the system get “hacked and forked”). Order a virtual reality camera, make a film about your work and upload it on social media. Take D-Wave’s tutorial on quantum computers during lunchtime with your colleagues or family and decipher it together. If you do not know where to start, ask someone. You can also follow news sites devoted to sharing stories about new technologies and their applications including Singularity Hub, KurzweilAI, NextBigFuture, Wired and Tech Crunch.

In the past the role of leaders was to provide expertise and guidance. Now, we must all become innovators, testing solutions on a regular basis and building the future we want. Some are doing this by setting up internal skunkworks teams, loosely structured groups of people who research and develop a project primarily for the sake of radical innovation. Others are holding innovation challenges to source ideas from their employees or the public. Others, like UNICEF or USAID, the European Commission, the UAE or the World Food Program have launched venture funds or accelerators.

If it is too hard to innovate within your organisation, consider starting an initiative on your own outside work. Given the falling cost of technologies and how quickly they scale, one person can make a surprisingly meaningful difference in the world in a way that was not possible before.

Over the last few decades those working in social change have seen their roles transform from directly helping others (directly giving or providing goods, services or money) to empowering them. It is now time to come together, working as equals, each contributing different talents, experiences and resources. Policy makers and leaders can play a very important role in this: leadership is now about joining teams of teams, sometimes leading, sometimes following, and sometimes playing in between.

In addition to supporting start-ups, policy-makers and leaders need to help knit together new types of teams in our world to make sure the innovation economy and the traditional economy meet. We need to help groups like labour unions or economically isolated geographic areas engage with global innovation and tech centres or set up their own accelerators for their own communities. And we need to re-think who can be a technologist or innovator in this day and age. For example, many of the major development groups in the world try to empower rural women from low-income countries by encouraging them to make and sell handicrafts. With the arrival of increased Internet coverage, on-demand translation and better access to information, should we not be training women to design cars or programme artificial intelligence rather than finding work in old industries with saturated markets? There is already a lot in place for this to start happening.

While we like to speak of the technology revolution, the “Internet Era”, the “Information Age”, the goal is now to launch the “Human Revolution”. It is critical that all stakeholders team up to design new ethical frameworks to manage these technologies and reflect on how benefits are distributed.

In addition, we need to ensure that coming generations have the right skills to manage very powerful technologies and live in a complex world. The good news is that forward-thinking leaders are already starting to implement solutions. For example, in October 2017, the Dalai Lama and India launched a pilot programme to bring Universal Ethics to all students in India from junior high and high school. Every government should be launching something similar right now.

While leadership and policy making are more complex than ever in a fast-moving, exponential era, it is crucial for leaders to sift through chaos and uncertainty and harness the potential of technologies to build a world that works for all. We now have the tools to do this.

Darlene Damm is Vice Chair & Principal Faculty of Global Grand Challenges at Singularity University. She has spent nearly two decades leading organisations and initiatives in the field of social innovation. 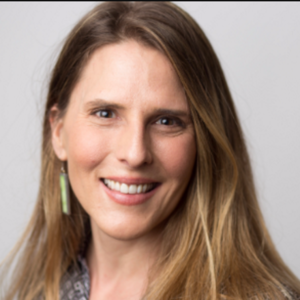 Darlene Damm is Chair, Faculty and Head of Social Impact at Singularity University. She has spent nearly two decades leading organizations and initiatives in the field of social innovation.
Follow

Bart Ney about 3 years ago

Great read.  Would love to see more on the ethics and philosophy of embracing rapid technological change!

Darlene Damm about 3 years ago

Thanks!  Yes, I agree the ethical issues are very important!