This piece builds on my contribution to OECD Forum 2017, Bridging Divides , and conversations on ways to ensure that more active online engagement actually leads to offline empowerment and participation.

All public institutions worry about trust. They witness long-term trends of apparently declining trust, long for a golden age when things were simpler and worry that they are seen as incompetent at best and corrupt at worst. The 2017 Edelman Trust Barometer highlighted that 53% of respondents believe the current overall system has failed them – “it is unfair and offers little hope for the future” – while only 15% believe it is working, and 48% of the top income quartile also say the system has failed. In 2016 Gallup reported that only 42% of Americans trust in political leaders, reflecting a steady long-term decline that is, interestingly, matched by a decline of trust in other citizens. Pew has also shown long-term declines of trust in government, though there does not appear to be as strong a generational pattern as you might expect. Similarly, in OECD member countries only 4 in 10 people expressed trust in national government, a pattern also reported in the 2017 Edelman Trust Barometer Survey.

The media and social media environments are thought to have made things worse, circulating lies and half-truths, and negatives more than positives. And so many end up wringing their hands in despair, fearing that nothing can be done.

Sharper analysis shows that many of the assumptions about trust are simply wrong. Not all of these challenges are new and it is easy to romanticise the past. There never was a golden age of pure trust. In 1944, at the height of World War II, the British public were polled by Gallup and only a third of them believed that their political leaders were motivated by the good of the nation: a third thought they were serving their party, a third that they were acting for themselves. Trust in some institutions has scarcely changed at all over long periods of time. The 2016 OECD Society at a Glance found that 77% of the Swiss, 65% of Norwegians and 63% of New Zealanders trust their governments.

Just as important, there are many good examples of institutions that have lost trust and then rebuilt it. There is nothing inevitable about decline. Indeed, there is a fairly simple formula that goes a surprisingly long way to explain how trust can be sustained or rebuilt: a combination of competence in doing core tasks, proven moral integrity and rapid, honest and open handling of crises. Also, there are new tools for promoting trust which have been developed around social media and online platforms that have obvious relevance to governments.

A good example of an age-old challenge which faces any government is where to locate undesirable facilities: from prisons to waste dumps. No one likes getting one on their doorstep. But experience around the world has shown that fairly simple measures can substantially mitigate these fears. One is information: publishing reports that show the location of existing and planned facilities, as New York has done, usually reassures neighbourhoods that they are not bearing an unfair share. Another is involving the community early – before it appears that a decision has been made. A third is to hold small rather than big public meetings, so that there is a real chance for dialogue. A fourth is to avoid places with a high proportion of long-standing residents who, other things being equal, will be more resistant to change.

These lessons are neither particularly complicated nor difficult to implement. But they are part of a growing body of knowledge about how governments can best secure and sustain their legitimacy. These do not always mean making what John Milton called the “mists and intricacies of state” more transparent: on its own, transparency can sometimes reduce trust. But they do show that a more open and adult conversation about dilemmas and issues tends to protect governments from serious declines in trust.

So, what has happened to trust?

Has it gone for good? And is it amenable to influence? We have certainly seen some radical new options for organising trust. Platforms like AirBnB and Uber have designed in ways to manage trust, through feedback and scoring tools, and verification processes that allow you to check whether someone is who they claim to be. Their equivalents in public services are the tools for rating the quality of a school, a university lecturer or a doctor. These are novel ways of organising horizontal trust, all of which bring their own virtues – making trust more automatic and transparent – as well as flaws, including new ways of gaming and new risks of negative messages crowding out positive ones.

As Rachel Botsman explains in her recent book Who Can You Trust? How Technology Brought Us Together – and Why It Could Drive Us Apart, this has fueled intense debates about the trustworthiness and responsibilities of platforms themselves: how much can we trust in algorithms that are likely to have ever more influence over our lives? What should the role of regulators be in strengthening or adjusting market forces?

The spread of fake news, Alexa AI, which advises you what to do each day, or the algorithms guiding driverless cars will make these questions of trust ever more visible, and probably contested in the future. They may make it even more important that any public institution tasked with overseeing these industries and technologies retains public confidence.

Some nations have managed to raise levels of trust as have some institutions. Broadly speaking the successful ones have performed well in their core tasks. Competence matters, particularly when it comes to managing the economy. But competence is not enough. It is also vital to be seen as honest and working in the public interest, or for moral causes, rather than for vested or private interests. The more trusted institutions have admitted mistakes quickly and dealt with them: when things go wrong, trust is rebuilt more by showing how the same mistake will not be repeated rather than paying restitution. And often the most trusted institutions have been the ones that interact most often with the public: from police forces that regularly communicate with the public to parliaments that allow the public to directly petition for issues to be debated.

These common patterns found among high-trust institutions are mirrored by the common patterns of trust decay. Governments lose trust when they are seen as out of touch; when they go stale, recycling old rhetoric and ideas; and when they become so pragmatic that they appear to have no principles left. Political party funding has been a particularly common enemy of trust in the western world: the scandals associated with dubious donations from rich individuals or corporations have stained many reputations, and in most countries the political class has underestimated how much needs to be done to stave off crises.

Corruption, too, is utterly corrosive of trust, as is incompetence during crises, particularly concerning economics or defense. During these periods it is vital to be in control and to be seen to be in control. Governments then need to follow principles almost opposite to the inclusiveness prescribed above when events are moving very fast. Trust is likely to depend on decisive and commanding action, and highly centralised communication that stops conflicting messages coming out from different parts of government.

Whether promises are seen to be kept or broken also influences trust. A simple principle that was briefly attempted in the United Kingdom was that announcements of major new services should always wait until at least 50% of the population could receive them: ‘under-promise and over-deliver’ is a good principle, even if it is one that ministers in a hurry find very hard to abide by. This is where the style of politics matters, too. Governments need self-restraint if they are to preserve trust: fewer announcements, fewer claims, avoiding the temptation to cover up, and sticking to a tone of modesty.

Growing trust requires seeing government as a relationship, a dialogue not a monologue, and being willing to earn it not just once but again and again. 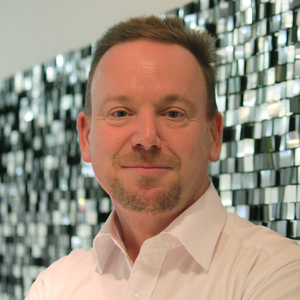