"How do we as societies start contemplating the ‘100-year life’?”

Jo Ann Jenkins, CEO of AARP, opened this session with a question that is becoming more relevant as populations get older. With the fastest growing age group the over 85s, and the second the over 100s, middle age is extending and opening up new possibilities for more diverse careers and private lives. Pension reforms are responding to this demographic change but other policy areas are often lagging behind. 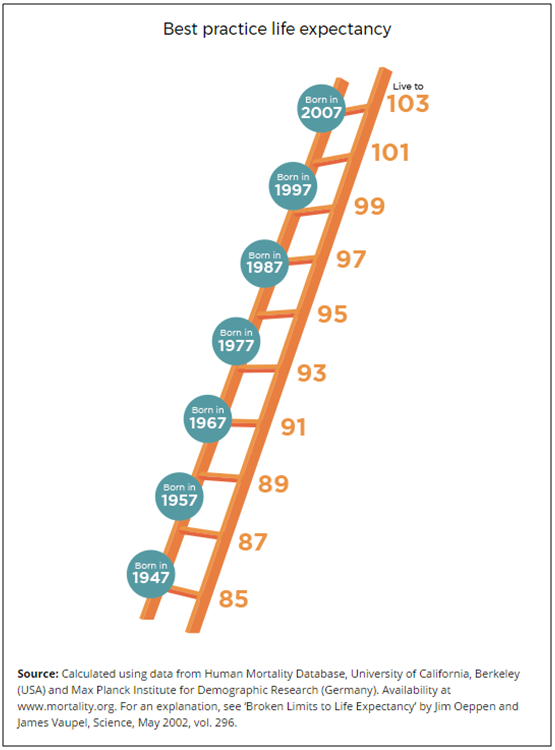 At the same time, young people are still struggling to get onto the labour market, find quality jobs, build meaningful careers and lead independent lives. They, too, have to challenge age barriers and prejudices. Referencing research that suggested 60% of internships were unpaid, Dejan Bojanic, Vice-President of the European Youth Forum, was forceful in his appraisal of them as, “an excuse to exploit the labour of young people”. Rising youth poverty affects his age group directly but financial hardship of any generation negatively impacts the whole of society; indirectly, it perpetuates inequality by giving already privileged young people further opportunities. One measure he suggested to alleviate these issues was to uncouple social security from employment contracts and move to means-tested rather than ‘earned’ benefits throughout the whole of Europe.

Workplaces increasingly span across five generations, from the Babyboomers to Generation Z. More needs to be done to make the most of what each generation has to contribute while responding to their expectations, needs, values, views and working styles. Though research by AARP shows similarities between what is important for Millennials and the Boomer generation, there are often unaddressed divisions. A Wisembly poll indicated that 59% of the audience taking part had experienced age discrimination in the workplace and Mari Kiviniemi, Deputy Secretary-General of the OECD, quoted a Eurobarometer survey that found only just over a quarter of the 21% respondents suffering job-related age bias had reported it.

But age diversity can be a strength. Each generation has different ways of working and of putting their skills to use. Mentoring and reverse mentoring, which the majority of panellists described positive experiences of, can boost morale and productivity, making workers of all ages simultaneously experts and trainees. The older generation can train younger workers on soft skills, institutional knowledge and perspective and help them develop their emotional intelligence; millennials bring a more horizontal and collaborative mind-set and can help older workers to become digitally literate.

A job or career ‘for life’ no longer exists, with young people entering the labour market being offered precarious temporary or short-term work arrangements. Naoto Ohmi, General Secretary of JTUC Rengo, spoke of the high percentage of temporary staff in Japan whose contracts are subject to renewal every year by law. A bill passed in 2013 to allow staff to apply for permanent status after five years of temporary work will come into force in 2018 and Rengo is hoping this will go some way to addressing job insecurity.

Older workers find a widening gap between their skills and expertise and the reality of an increasingly digitalised and automated economy of robotics and artificial intelligence. On average only 27% of ‘older’ workers, aged 55-64, use email or the Internet at work daily against 49% of those aged 35-44, and the age gap in the use of digital technologies increases with their complexity. Maarten Edixhoven, CEO of Aegon, suggested a “personal education fund” could be used to train staff during their extended working lives. His employees, regardless of age, pay 1% into a retirement transition scheme but he admitted that for the last three years it has not been fully spent, and more work needed to be done with policy makers and trade unions to realise its potential.

The session also questioned the concept of a linear working life. More flexible arrangements to work part-time, or to combine work and care-giving, are needed for both women and men. Transitions, such as those from school to work, between different careers or sectors and from work to retirement are critical moments that require special attention. Caelainn Barr, Data Projects journalist for The Guardian, highlighted that in Germany a longer period of child care leave is offered if it is split between both parents rather than one. She questioned whether a focus on career growth at an early stage in life is the best moment for every-one. Delaying this career focus, where it is less likely to coincide with, for example, starting a family, might reduce the stigma of taking time off earlier in life.

Ultimately, a broad-based strategy to enhance job quality for workers at all ages could pay a triple dividend: better, healthier and longer working lives for individuals; more productive workers; and a lower financial burden on social protection systems.

Watch the session “Five-Generation Workplace: From Baby Boomers to Generation Z” at the OECD Forum