Bridging the generational divide in the UK

​People of my generation grew up with a set of intuitive assumptions about human progress: hatred and prejudice would give way to reason, democracy would displace authoritarianism, and the economic good times would roll and roll.

People of my generation grew up with a set of intuitive assumptions about human progress: hatred and prejudice would give way to reason, democracy would displace authoritarianism, and the economic good times would roll and roll.

Among those assumptions was the strong sense that we would live to enjoy a better quality of life than our parents. For much of the 20th century, the statistics bore that out. Average incomes rose with each successive generation.

No more. For Generation Y–the so-called “millennials” born between 1980 and 2000–the new century has brought a historic reversal of fortunes and a growing sense of pessimism.

UK polling conducted in 2016 found that 54% of people think today’s 18-35 year olds will have a worse life than their parents’ generation, which is a dramatic collapse in confidence since 2003, when only 12% of the public held that view.

In large part, the differential impact of the financial crisis is to blame. While all ages have experienced wage stagnation since 2008, younger cohorts have been hit particularly hard. For many, the wage squeeze has come early in their careers when pay progression is normally at its most rapid. As a result, the oldest millennials (born 1981-85) are now earning some £40 (about US$50) per week less around the age of 30 than those born 10 years earlier earned at the same age.

At the same time, younger people are increasingly struggling to accumulate the two major assets that my generation always took for granted: a pension and a home.

Private pension schemes are now less generous on average, and the state pension will replace a smaller share of earnings.

By contrast, older generations have been very effectively sheltered from the economic headwinds. The over-60s are the only age group to have become better off since 2007/08. From 2010 to 2015, the average British household saw its income fall by about £500 as a result of tax increases and spending cuts, yet the average two-pensioner household took a hit of just £23.

Changes to welfare policy have exacerbated the divide. The Resolution Foundation estimates that by 2020, compared with pre-crisis levels, working-age benefits will be 9% lower per person, child benefits 12% lower and pensioner benefits per pensioner 19% higher. Other perks which are specific to pensioners persist: winter fuel allowance, free bus travel, free TV licences.

Intergenerational inequality is aided and abetted by the fact that younger people are much less likely to vote than older people. 43% of 18-24 year olds voted in the UK General Election in 2015, compared to 78% of over-65s. As populations age across the developed world, the “grey vote” can only become more significant.

I would like to offer some tentative first steps towards restoring balance to this desperately unbalanced state of affairs. Similar problems exist across the developed world, but the solutions offered here are specific to the UK.

First, we need to rebalance the welfare system. Further cuts cannot and should not come exclusively from working-age households. Universal, non means-tested pensioner benefits like universal TV licences and winter fuel payments are impossible to justify, while the “triple lock” (by which pensions are uprated annually by inflation, earnings, or 2.5%, whichever is greater) is prohibitively expensive in the long term. The task of finding a sustainable replacement–perhaps a "double lock" linking increases to prices and earnings, but not a guaranteed 2.5% in all circumstances–should fall to a cross-party commission.

Second, we must correct the chronic undersupply of housing through a massive, publicly-underwritten house-building programme. This will require not only money but innovative political solutions to prevent a stand-off between central government and local authorities opposed to new developments.

Finally, I believe it is time to consider giving young people the opportunity to shape the political future by considering compulsory voting (with an option to abstain on the ballot paper). The evidence from Australia suggests this can counter the “grey vote” bias and force politicians to appeal to the whole electorate.

As the Resolution Foundation has argued, renewing the intergenerational contract is a shared challenge for our times. It requires bold thinking and political courage from a generation of leaders who have enjoyed the good times, and must now act to prevent a worrying divide from becoming an unbridgeable gulf.

Corlett, Adam (2017), “As time goes by: shifting incomes and inequality between and within generations”, Resolution Foundation’s fourth report for the Intergenerational Commission, February, see www.resolutionfoundation.org

Mori-Ipsos (2016), “Only a third of Generation Y think their generation will have better quality of life than their parents...”, Poll, March, see www.ipsos-mori.com/

The Economist (2015), “The granny state: Britain should stop subsidising the old and rich at the expense of the young and poor”, 26 Feb, see www.economist.com 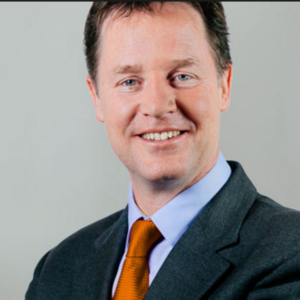 Helen McEachern
The OECD Forum Network
We use cookies to help improve your experience. By continuing to browse our website you are consenting to our use of cookies.
Learn more