The new TUAC Discussion Paper looks at how trade unions can help address some of today's challenges based on a collection of best practices.

Modern labour markets require initial quality training and the continuous access to up- and re-skilling. Policy debates put this as the first go-to solution for the Future of Work. And yet, the reality is that skills gaps and mismatches persist; public education and training systems are chronically underfunded; and entire population groups are falling behind with insufficient incentives or opportunities to re- or up-skill.

The new TUAC Discussion Paper looks at how trade unions can help addressing some of these challenges based on a collection of best practices.

The paper makes the case of unions as essential partners in times when new occupational needs emerge due to digital and green economy needs. In a future world of work, lifelong learning systems need an overhaul and workers would benefit from a statutory right to paid time off to learn, in a form appropriate to the country system. Employers also need to be incentivised. A poll of business leaders has shown that while they want workers to be prepared for Artificial Intelligence (AI), “only 3% were reinvesting in training”. In this equation, especially vulnerable workers might fall further behind. Collective bargaining, learning agreements and institutional support for strong social partnership would anchor more inclusive learning and training systems.

A lesson from discussing the COVID-19 job crisis with young policy makers: Listen!

“Skills in Transition”: Highlights from the OECD Forum Virtual Roundtable 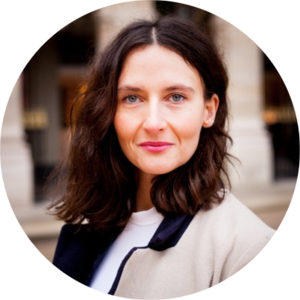 Anna Byhovskaya is a senior policy advisor to the Trade Union Advisory Committee to the OECD (TUAC) covering innovation and technology policies, the digital economy and the Future of Work –including labour market and organisational change, frontier technologies and AI, and the platform economy. She also works in the context of the OECD Ministerial Council and Forum, as well as the G20 and G7 processes jointly with the International Trade Union Confederation (ITUC). Anna is a member of the OECD Going Digital Steering Group, the former OECD AI Expert Group and had set up the 1st & 2nd Trade Union Forum on Digitalisation and the Future of Work. Anna holds a master’s degree in International Relations from Sciences Po and she was a PhD candidate at CNRS/CERI/Sciences Po. She has worked as a policy coordinator on the Global Partnership for Effective Development Cooperation (GPEDC) at the OECD and as a TV journalist in Paris and Berlin. The TUAC is the interface for trade unions with the OECD and its members, representing more than 58 million workers, as well as associate members in Brazil, Indonesia, the Russian Federation and South Africa.
Follow