Contrary to policy statements and agenda-setting media, empirical evidence on digitalisation and job loss is multifaceted and, in many areas, inconclusive. Yet there is evidence that something is cooking in the workplace: digital sclerosis has come on to the scene.

In medical terms digital sclerosis occurs because of poor blood flow, possibly caused by diabetes. The finger joints become stiff and the skin on hands and fingers become thick and tight. We propose that digitalisation can lead to similar effects in the workplace. Workers can be empowered and become much more productive with help of new technologies; products can be improved; innovation can take entirely new roads. Yet, we also risk that the emergence of powerful technologies such as Artificial Intelligence (AI) and machine learning, along with robotics and the Internet of Things, can lead to an irreversible situation where machines win the race and humans lose control. We call this digital sclerosis.

Our daring proposition is that the force of digitalisation is equivalent to the invisible hand in the market economy that ensures a match between supply and demand. But, where the invisible hand within Adam Smith’s universe was a positive mechanism and an argument for limited restriction on the individual’s choices, we propose a more critical appraisal of digitalisation.

Digitalisation – or, digital sclerosis – is moving ahead with a speed and a self-sustained hyper-cyclonic spiral that requires an urgent policy response. Though a free market and the principle of the invisible hand had major strengths and helped economies moved forward, they also called for policy responses to compensate for the side effects.

Herbert Simon noted in the 1960s that the inflated expectations of the transformative power of automation was unjustified. By most accounts, there was nothing new under the sun compared to the mechanisation of industry that took place about 30 years earlier. Yet, he did acknowledge that the spread of new technologies to offices and beyond would challenge workers and managers. In our view, there is good reason to recall Simon’s analysis in discussions around the potentially radical and disruptive effects of digitalisation. We are generally cautious as to how radical these shifts are, but we propose that there are at least three powerful forces of digitalisation that need a policy response.

Radical shifts in job contracts and the bargaining power of workers

German workers exposed to robotisation at their workplace keep their jobs but lose their bargaining power and have less income growth than other workers. For the precariat – office workers, health care professionals, bankers and lawyers – machine learning and robotics are entering offices but not hanging out at the cafeteria or coffee machine. Consumers are orchestrating the development, marketing and consumption of their own products yet are lured into digital platforms which are connecting networks of consumers who are rating, recommending and ranking products, paying with their own time and effort.

Tasks that used to be meaningful work assignments are becoming obsolete, excluding a growing number of people from the labour market. When tasks beyond the capacity of software robots appear, digital platforms with an unlimited workforce are at hand: they create a space for skilled people to offer their services in a market of time-limited assignments, independent of time and space. In the long run, however, it prevents many from getting a strong foothold in the labour market, all in the name of the sharing economy. Apart from a unstable income, the precariat potentially have limited access to healthcare benefits, unemployment insurance and retirement schemes.

Connectivity of the extended workplace

We are also witnessing a digital connectivity that expands the work space, with asynchronous and synchronous tools such as Skype and Facetime that have reduced the distance between individuals and organizations. Social media has fuelled what is known as “shitstorms” and transnational movements, such as the recent #metoo campaign, which are challenging managers’ ability to be in control of their company.

Digital behaviours are transferred from the personal space to an organisational context. The tools for connectivity are utilised for daily operations along with other aspects of digitalisation. Mechanisms for monitoring work and workers put in place, for both employees and customers, to optimise and streamline interaction. Software robots are taking over the trivial tasks traditionally undertaken by clerks and, by constantly feeding IT systems, AI and machine learning are becoming part of the organisational fabric of society.

The three forces of digital sclerosis call for policy actions. Our proposal is to first acknowledge that radical shifts in job contracts and the bargaining power of workers have already occurred, and ensure policies are formulated that positively change this development. Second, the extreme connectivity of the extended workplace creates unique possibilities to empower citizens and workers; this needs to be promoted in order to replace the exploitative path that digital sclerosis has taken so far. Finally, we need managers and policy makers to formulate responses on the monitoring of work. Not only should this be done in the interest of the workers but also be a roadmap for how managers can refine their role and functions in the digital age. By many accounts, operational management functions such as delegation of work and output control are being taken over by machines, leaving management short of control.

Could one of the key responses to the digital sclerosis be to loosen the formal control of direction and productivity of the worker?

For further reading please see Herbert A. Simon, The Shape of Automation for Men and Management, New York: Harper and Row, 1965. 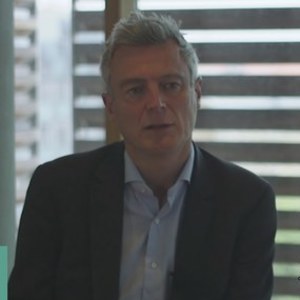